You Too Can Have Free, All-Natural Pest Control

An article on Apple News caught my attention yesterday. It was full of ideas for designing a garden to keep snakes away. Ten years ago I would have devoured every word. Today I just sighed, thinking about all the folks who will follow through on the design suggestions and miss out on having a valuable garden partner  —  a resident snake!

Don’t get me wrong, I’ll be the first to admit that it’s heartstopping to have a snake (or two!) slither out of the exact spot your hand was headed for. But even after a few unpleasant surprises, I'm glad I have a resident reptile in my garden. 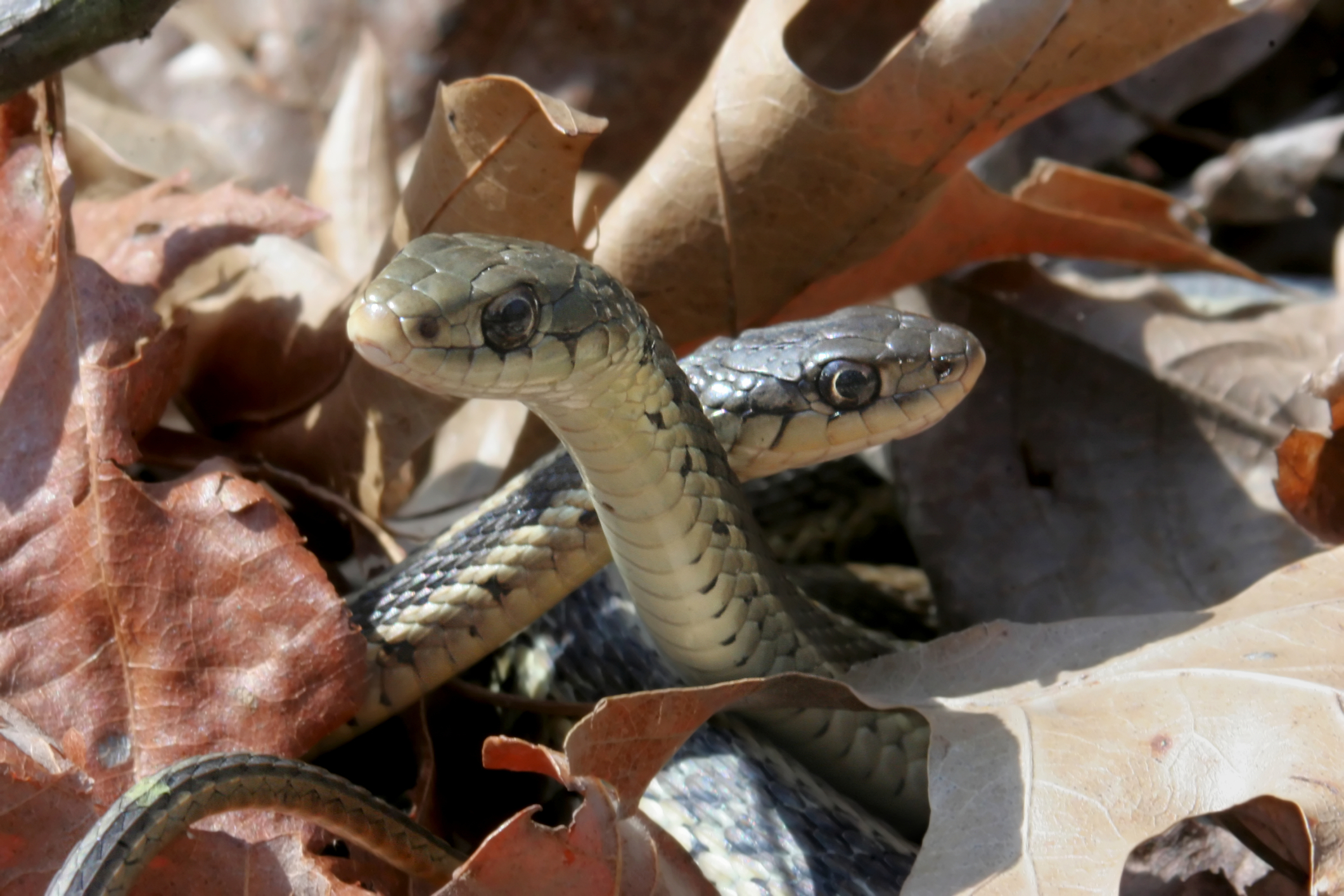 For many people. just hearing the word snake brings to mind an image of a malicious, venomous creature  whose sole goal is to sink its teeth into your bare skin and slowly, painfully kill you. 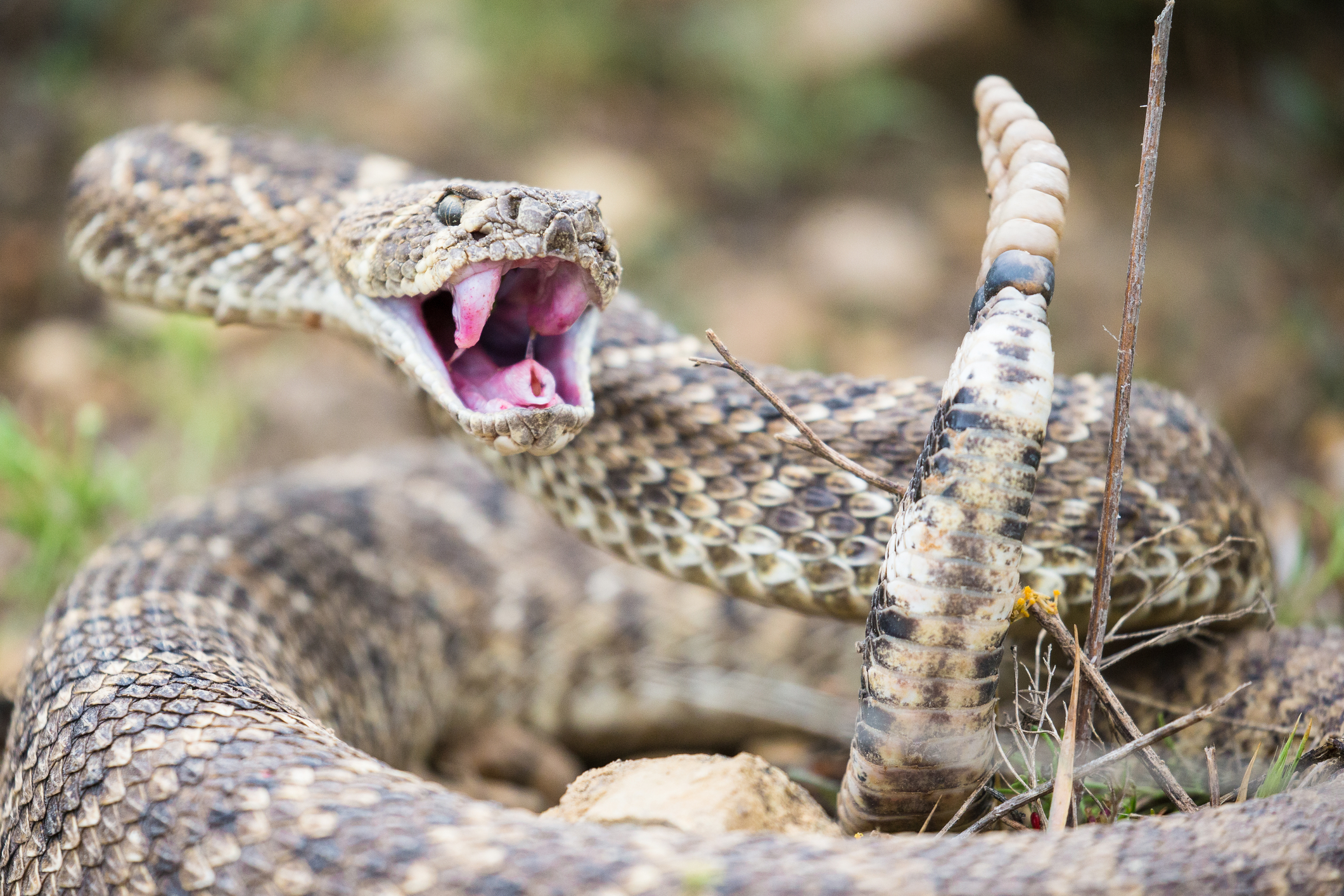 In actuality, nothing could be further from the   truth. Of the common species of snakes here in the United States, only   a very few are poisonous  – rattlesnakes, coral snakes, cottonmouths   and copperheads. The rest are harmless to humans.

It may also surprise you to learn that 20 times 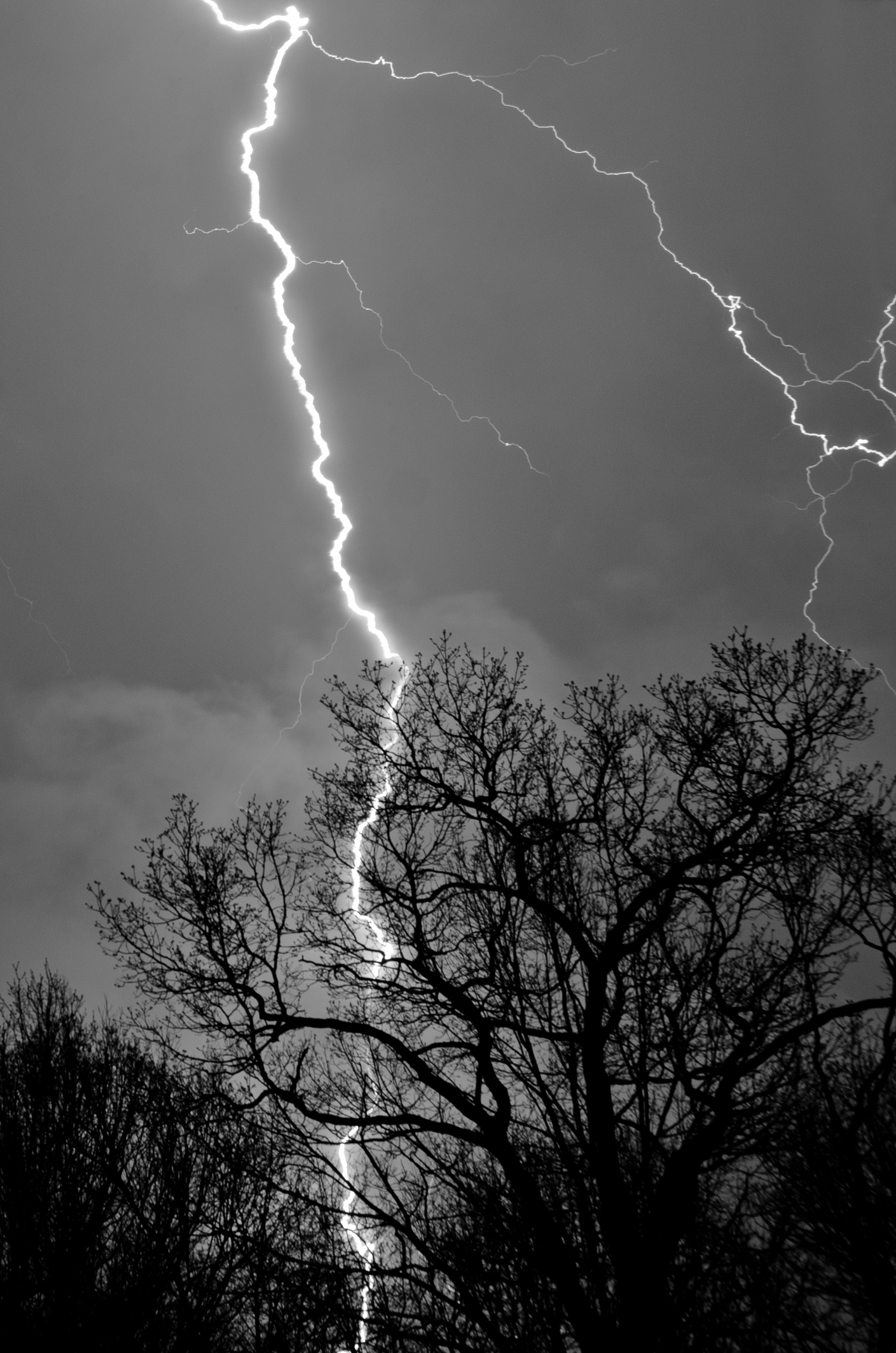 more people die every year from honeybee stings and lightning strikes than from snake bites. On   average, here in the United States, only 5 people per year die  as a result of a snake bite.

Snakes are not aggressive toward humans. They tend to be shy, timid creatures who prefer to be left alone. Unless they feel startled or threatened, most will quickly retreat to what they perceive is a safer spot. Just quietly and calmly backing off until they leave is the safest choice you can make for yourself and for the snakes. Don’t be tempted to make loud noises or stomp your feet to scare a snake away. They are particularly attuned to vibrations so those sorts of behaviors tend to backfire and can cause them to strike. A light spray with a garden hose is an easy –  and safe  – way to encourage  a snake in your yard to move on.

Here in mid-Missouri, the vast majority of snakes we see in urban and suburban yards are considered non-venomous, which means that their bites have no toxicity or that the toxin level is so low that it is negligible. 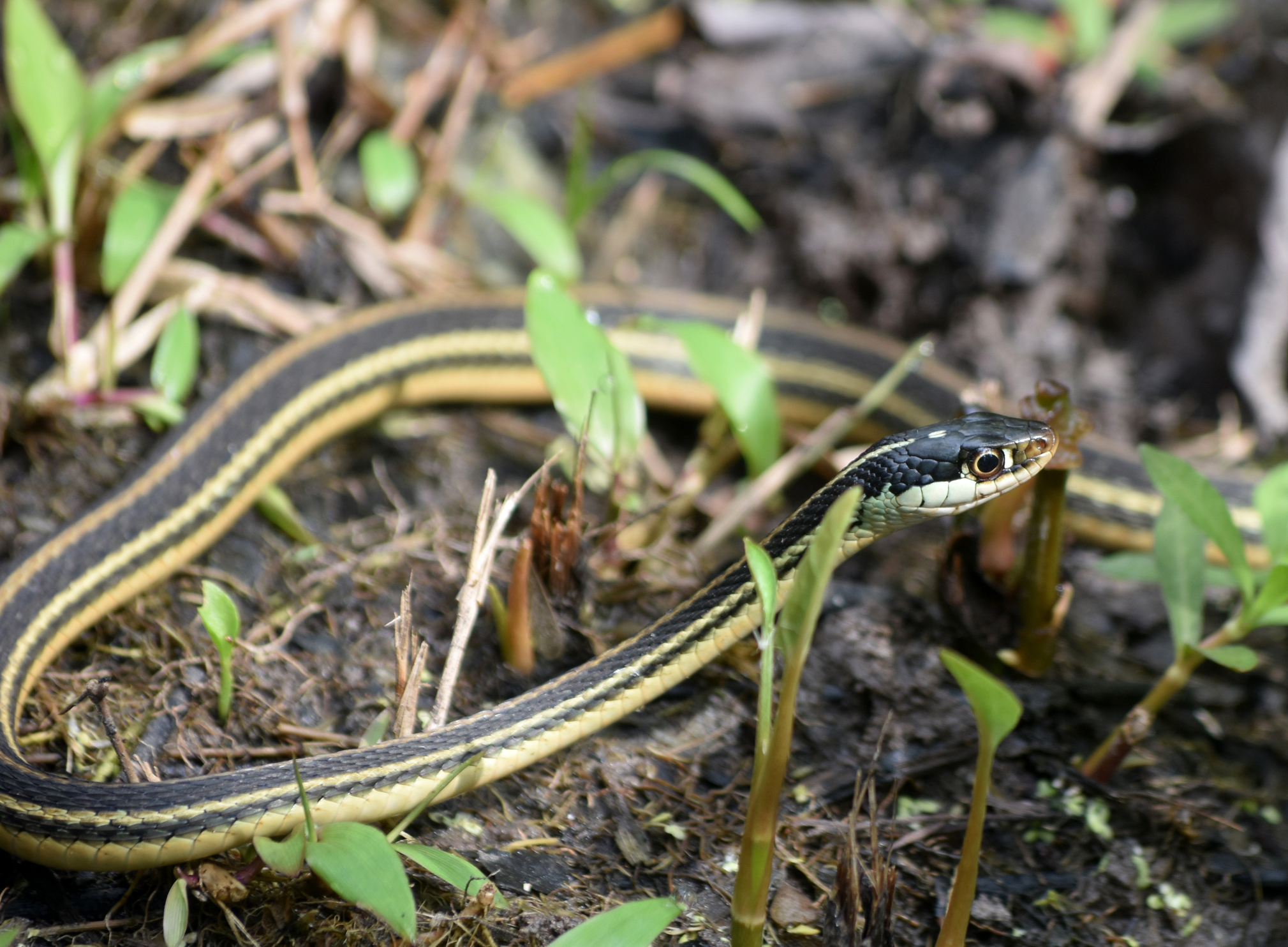 Garter, ring-necks and ribbon snakes are the most common species, while black rat and hog-nosed snakes are also commonplace. They all have rounded heads, round eyes, sharp teeth and no fangs. 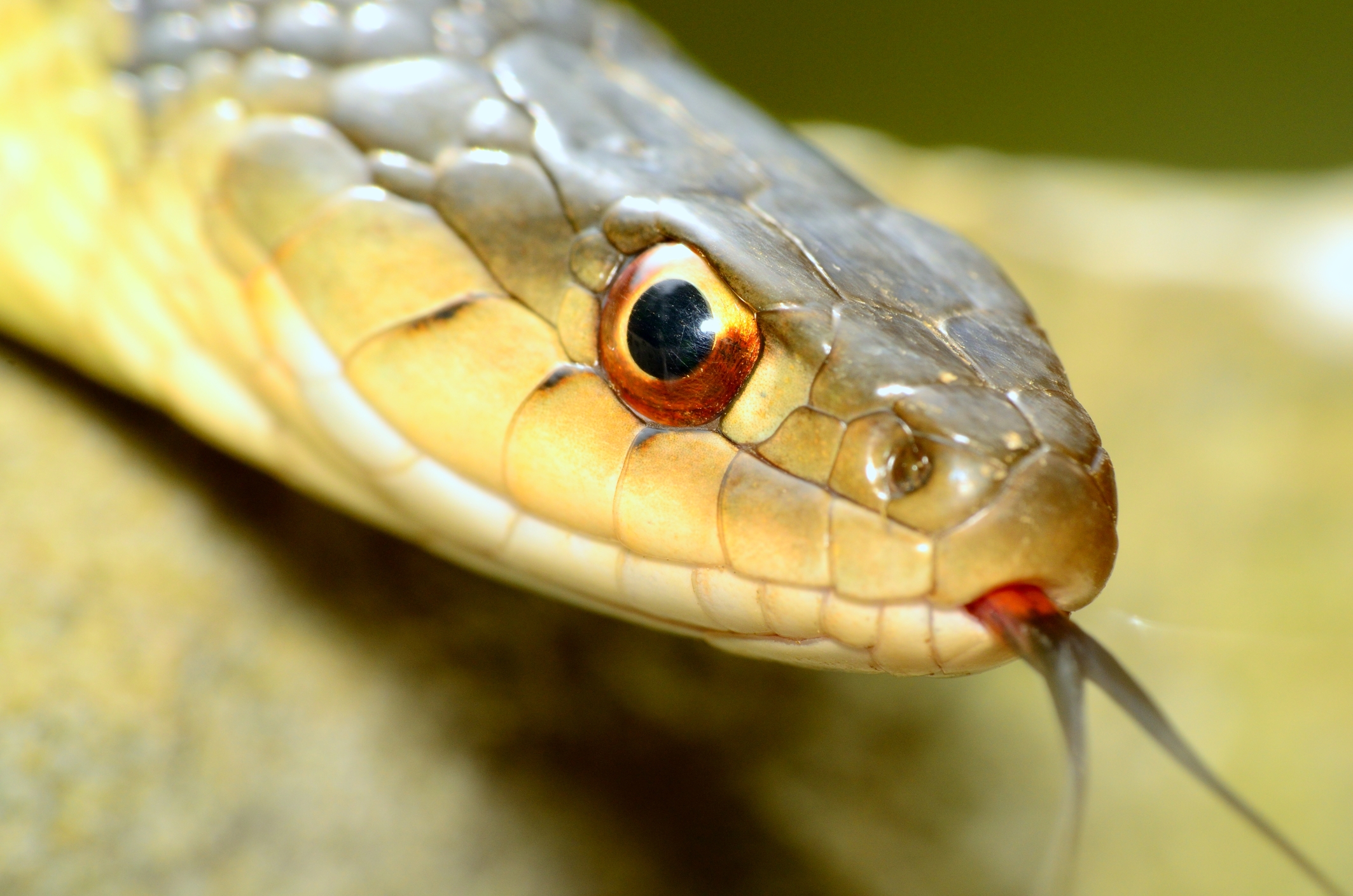 Hog-nosed snakes have prominent noses shaped much like the snout of a pig. 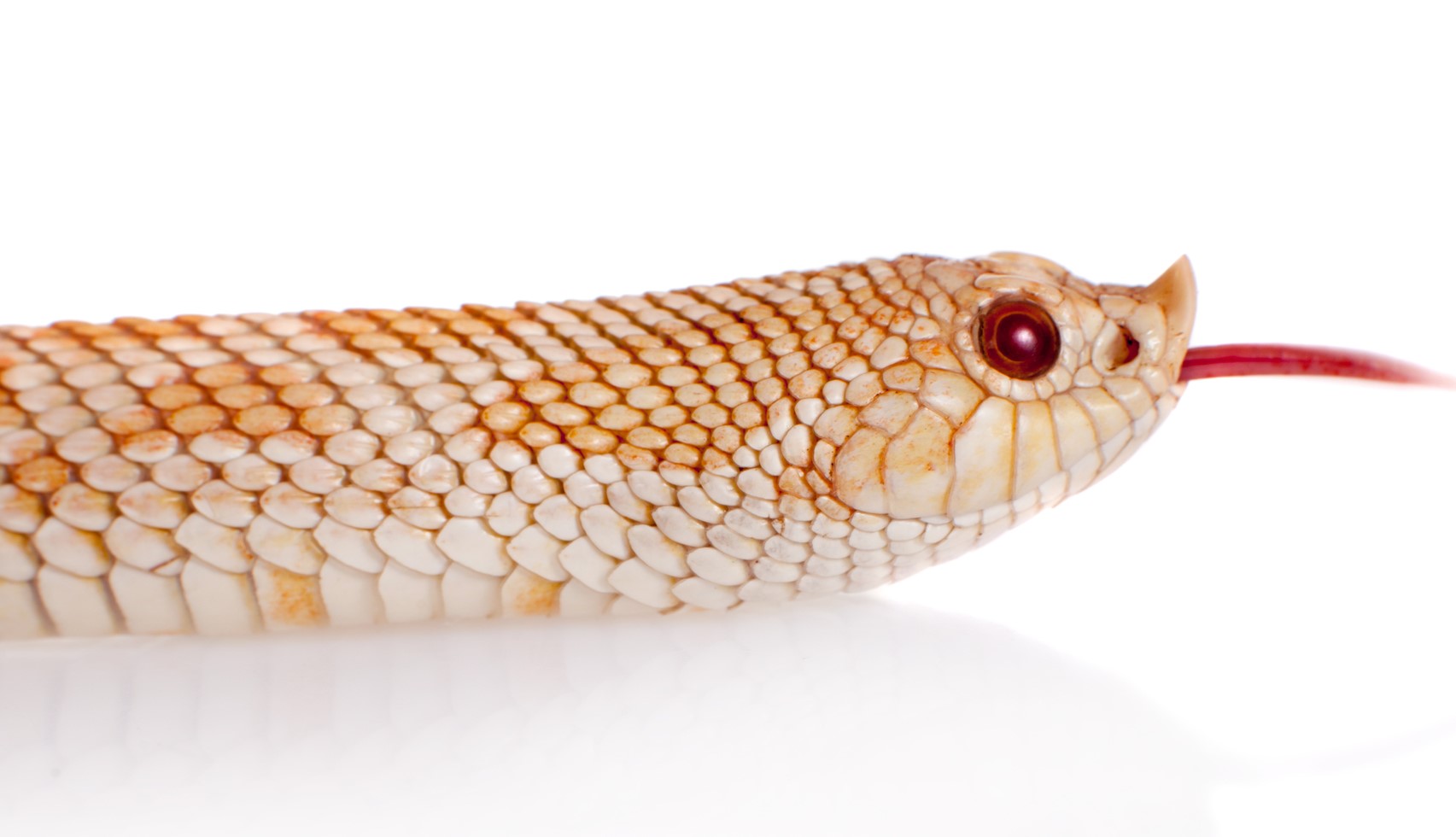 Black rat snakes and the brownish colored hog-nosed snakes can grow to a length of six or seven feet (which can definitely be a bit disconcerting), but the rest usually only reach a foot or two in length. All can move quickly, but instead of racing away, the hog-nosed snake will often roll over, stick out its tongue and  play dead in an effort to elude predators. 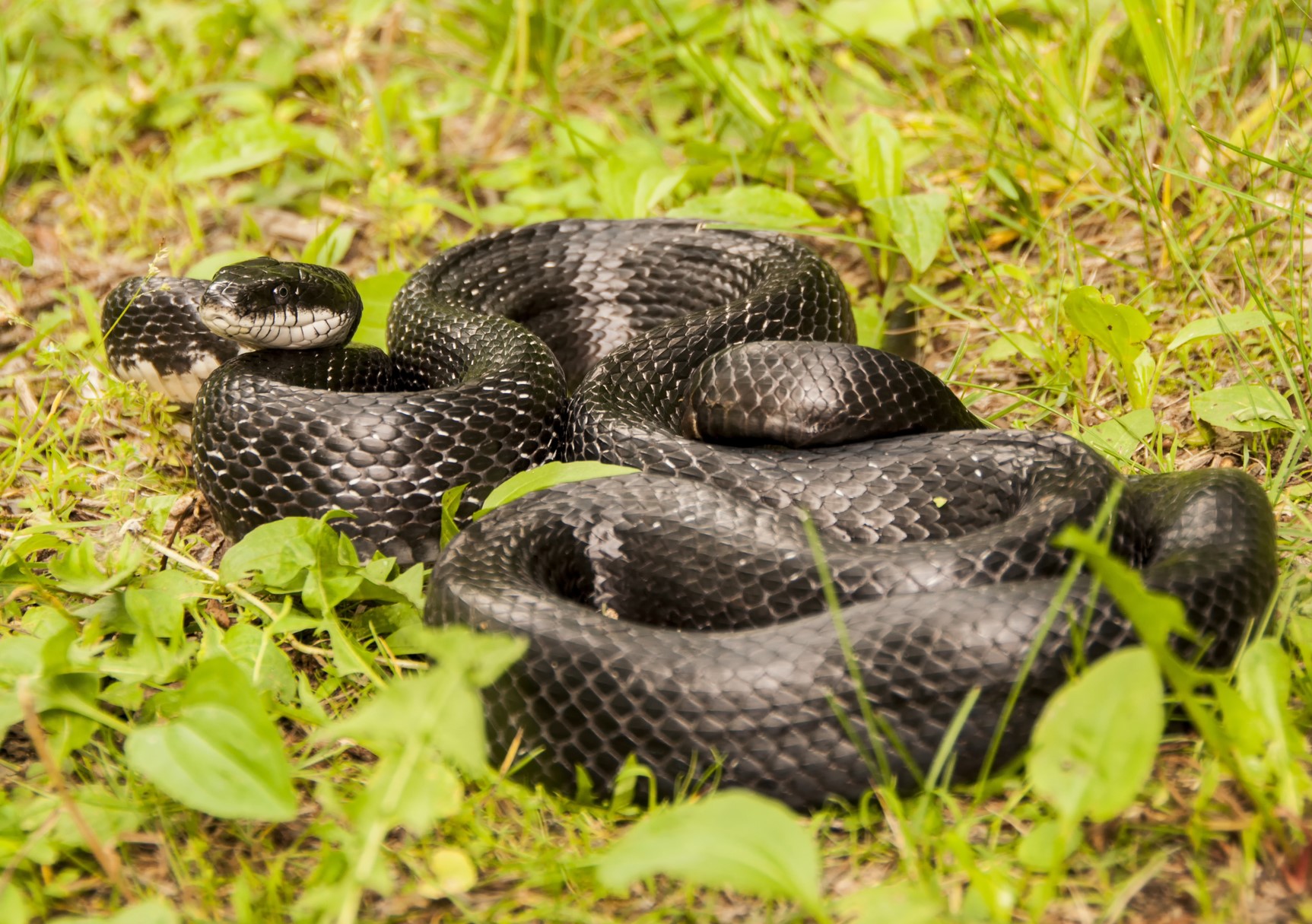 Snakes that take up residence in your yard provide a valuable service. They are a free, natural form of pest control. Each season, garter snakes happily consume dozens of slugs, leeches, grubs, grasshoppers and small rodents, all of which are damaging pests in the home garden. 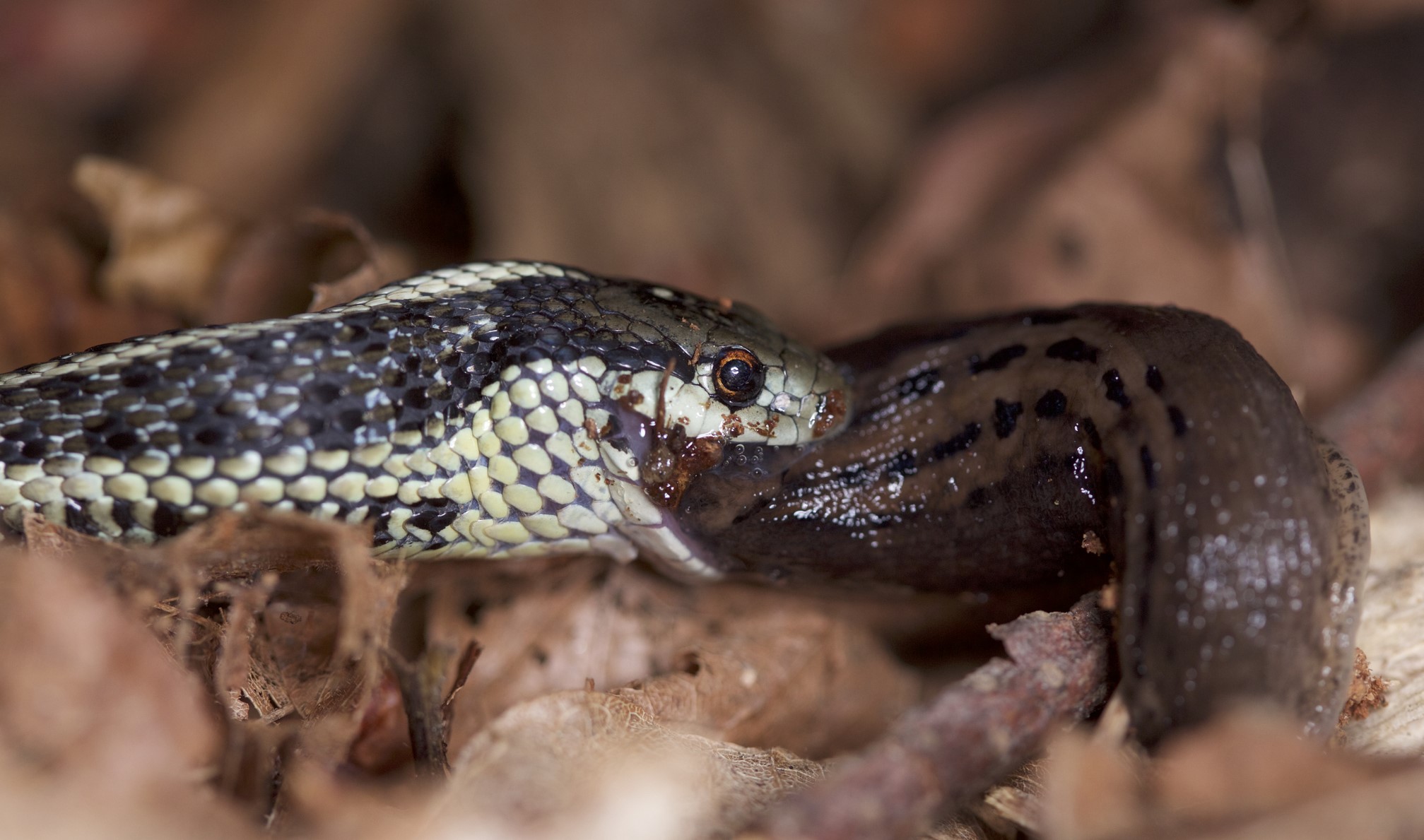 Larger snakes, like black rat snakes and hog-nosed snakes, dine on mice, rats, voles and other rodents, many of whom are tick bearing animals. By controlling these rodents, snakes are helping to reduce the likelihood of being exposed to lyme disease. 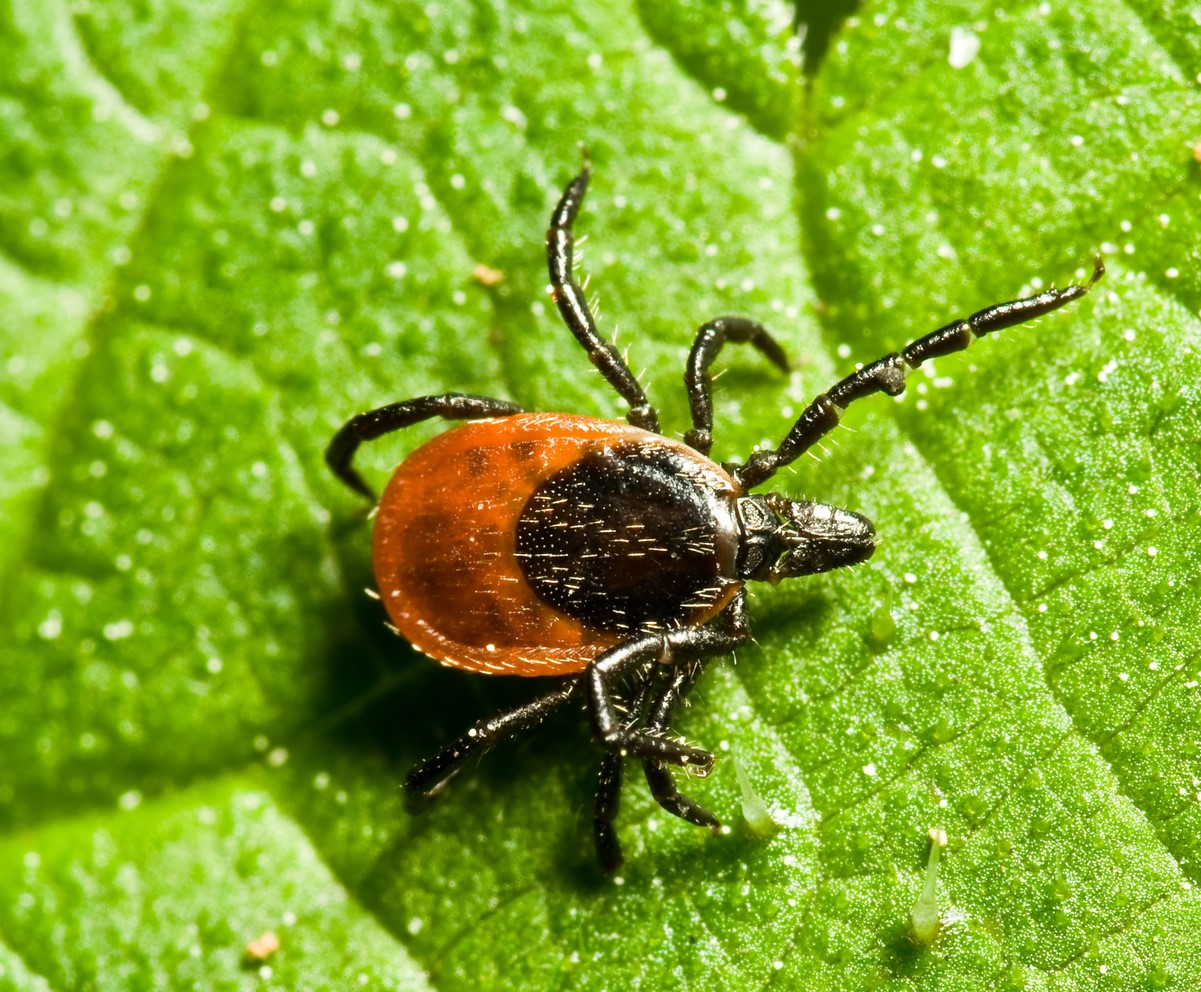 If the idea of adding some free pest control to your yard appeals to you, then there are a few easy ways to make your yard a snake-friendly habitat.

While I can honestly say that snakes are not my favorite type of urban wildlife, learning to respect them and peacefully coexist with them has brought some unexpected benefits to my life. Not only is my garden a bit more pest free, but I have the opportunity to experience another piece of the natural world and share it with my grandchildren. 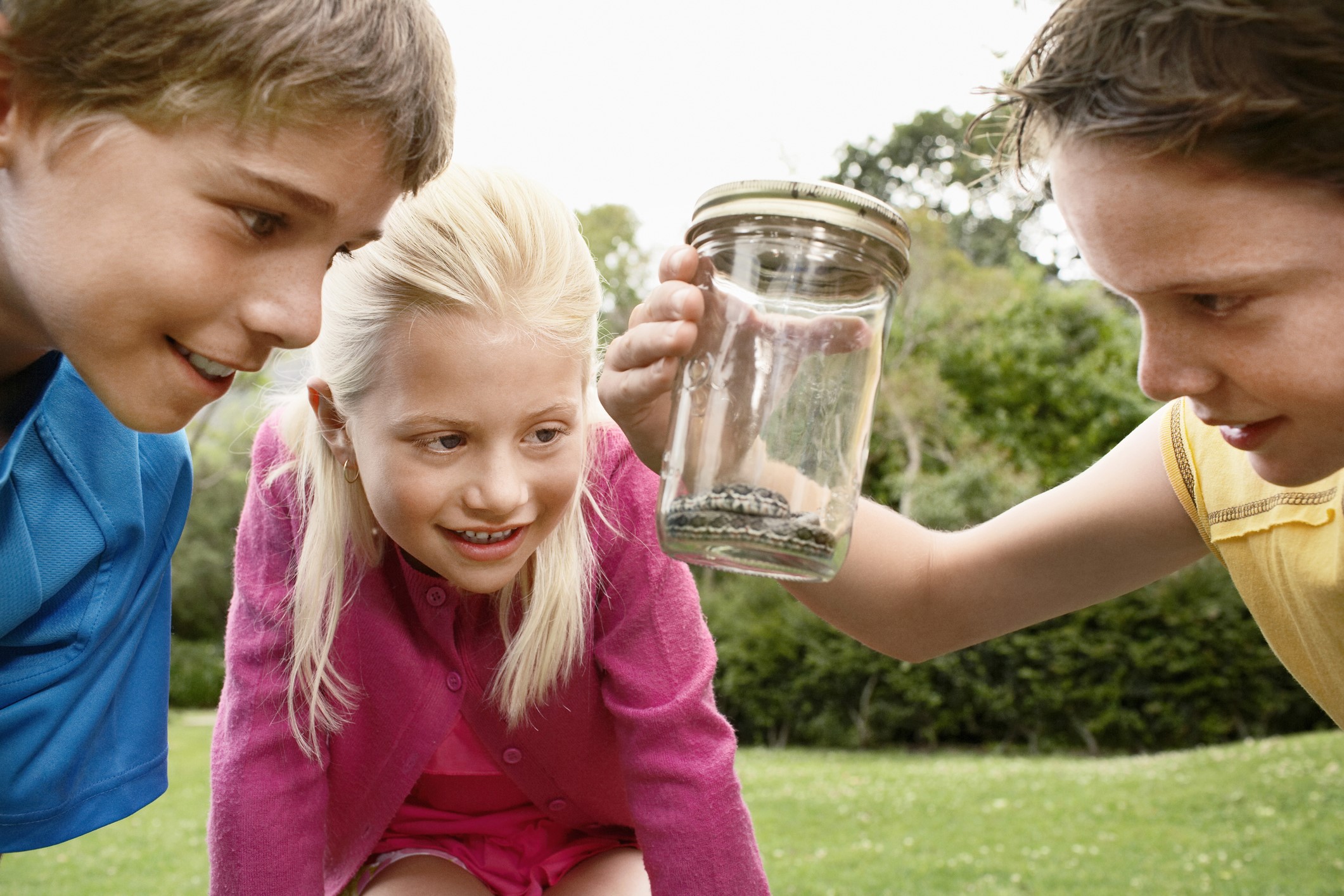