Native Plants Are For the Birds!

My grandson is an active, curious and “helpful” three-year-old. On Monday of this past week he decided to help me by filling our empty birdfeeders with my 20 pound bag of black oil sunflower seed. Somehow he managed to undo the bungee cords that held the trash can lid on (to keep critters out but obviously not determined toddlers) pull the bag out and drag it across the yard to the deck where he “filled” the feeders. Of course by the time he got to the deck, very little of the seed remained and when he was done with the feeders, none remained. We hung the feeders together and he promised to wait for me next time.

The rest of the week the grandkids and I watched an absolute plethora of birds dining in my yard. We of course had the usual visitors of sparrows and robins and cardinals, but the unlimited buffet we offered brought out species of birds we usually don’t get to see close up. Braydon and the two girls loved “the bird show” so much they wanted to know if we could just keep the seed there all the time “so the birds could always have something to eat and they can drink from the pond and then they would always come.” Obviously 15 pounds of sunflower seed across the yard is not the best way to feed birds, but the grandchildren were right. Part of our responsibility in caring for the natural world around us is to make sure that appropriate habitat for wildlife is available for them to use. 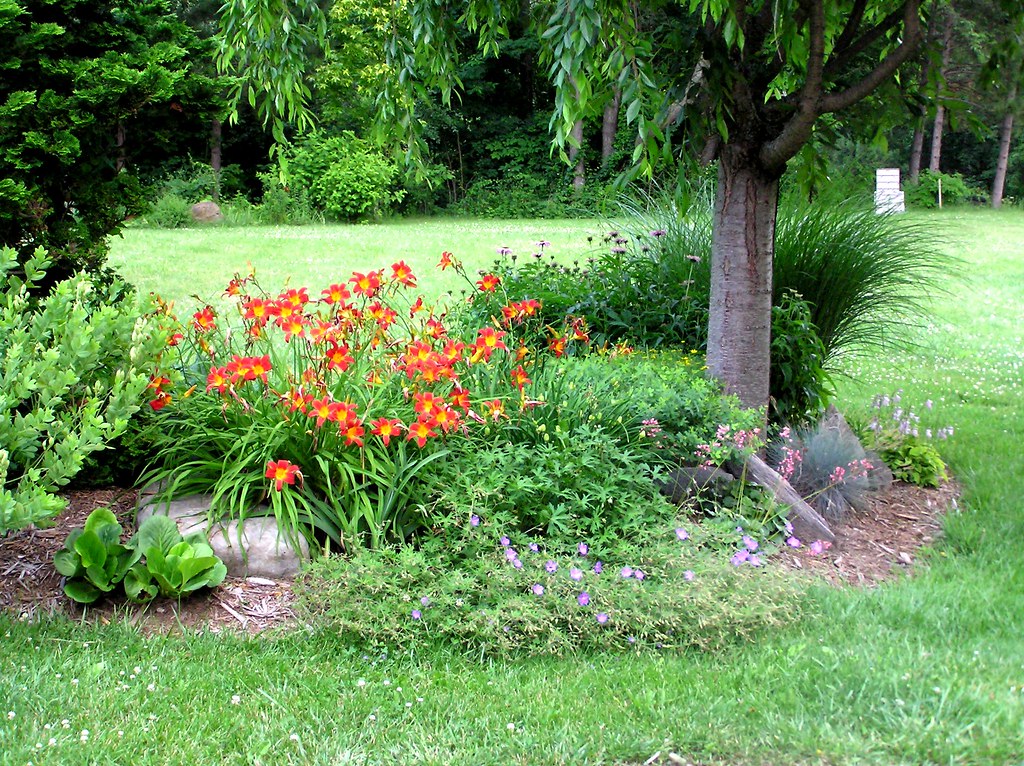 The typical American suburban lawn is well maintained grass with beds of daylillies and hostas.

If your yard is like most, it is most likely a well maintained lawn area with attractive beds of popular plants like hostas, daylilies and crape myrtle situated around the perimeter. There may be a Japanese maple or two and perhaps a finely shaped hedge of boxwood planted somewhere in the yard,   All debris such as fallen limbs has been hauled away. The yard is beautiful and it is obvious that a great deal of time, effort and probably money has been poured into it.

With all of the beauty however, comes a downside. Each of these commonly used landscaping plants has something in common — they are all imported from Asia and cannot act as a food source for the literally thousands of insects, especially fat and protein rich caterpillars, that most species of birds need daily for food.The reality is that without the food that most birds need to fuel themselves and their young, their population will decrease, perhaps to the point of extinction.

With so many of the birds’ natural spaces disappearing, homeowners can make a huge difference in maintaining the ecological balance and protecting bird species. Although providing the birds 15 pounds of seed in one day is my grandson’s answer, most homeowners should  pursue other options. The three pronged approach of incorporating a food source into the landscape, creating bird “sanctuaries” and providing a reliable water source will go a long way in supporting birds as well as other wildlife. 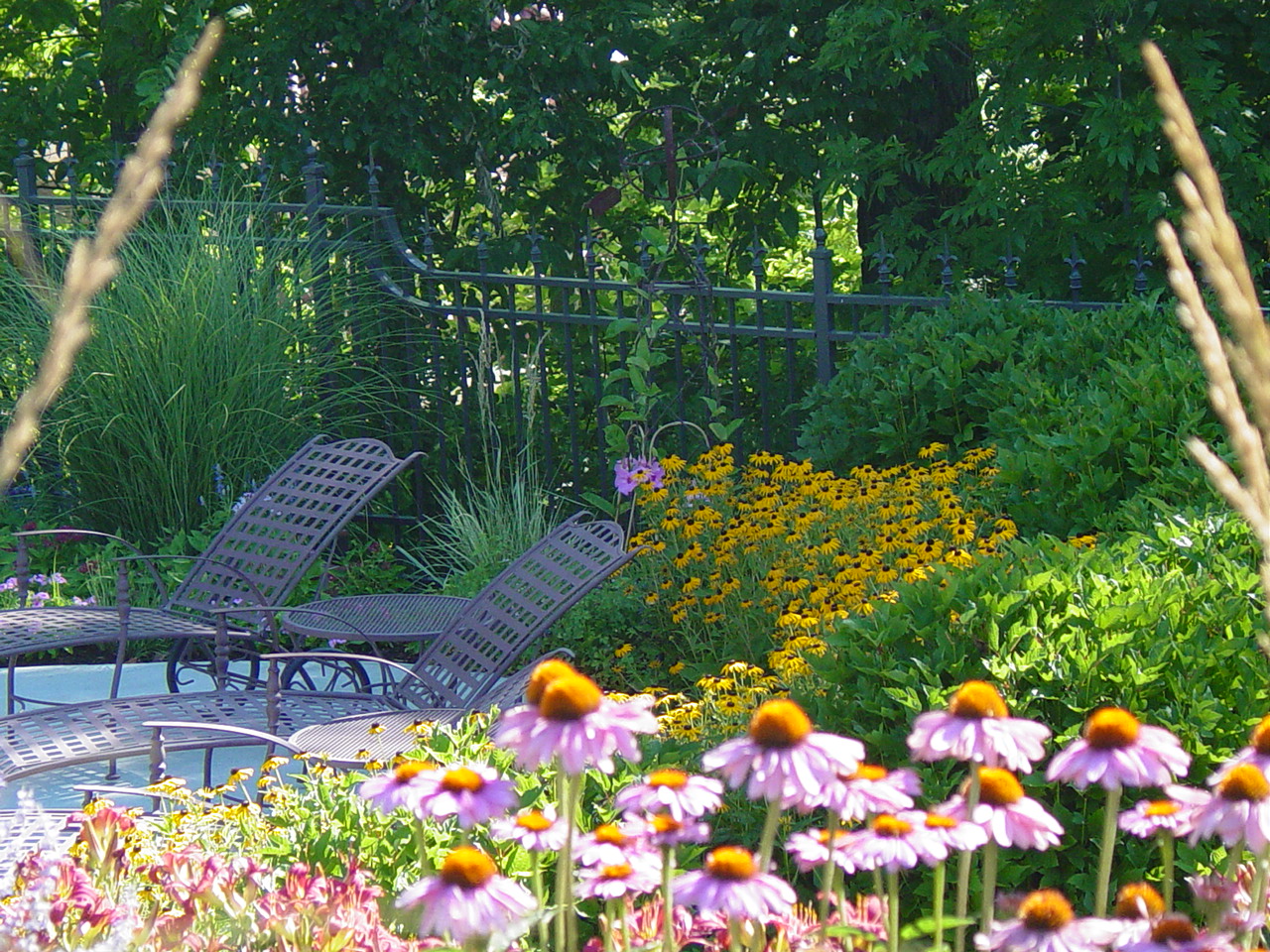 Doug Tallamy, in his book Bringing Nature Home, makes the statement, ”Plants are not optional on this planet.  With few exceptions, neither we, nor anything else, can live without them.” He then goes on to explain that the connecting link between birds and plants is the insect population.  Entomologists know that the population of native insects in the United States is rapidly declining because the insects do not share the same evolutionary history as imported plants. In other words, most native insects will eat only native plants. Although it sounds like a perfect gardening world, a world without insects also means a world without the native wildlife that depends on the native insects to live. Which then brings us full circle to Tallamy’s statement that plants are not an option.

When considering birds, the primary function of plants is to provide food sources. During the spring and summer months, insects are the prime food option, so plants in the garden need to be hosts for insects.  When foraging to feed their young, most birds remain within 200 feet of their nests. For a nest of four to six hatchlings, 400 to 600 hundred caterpillars or other insects may be needed each day for at least two weeks. Dwindling native habitats, especially in urban areas, simply cannot provide that amount of food so it is incumbent on us to intervene. By incorporating sweeps of native plants into the landscape, homeowners can help replenish the healthy Insects birds need. 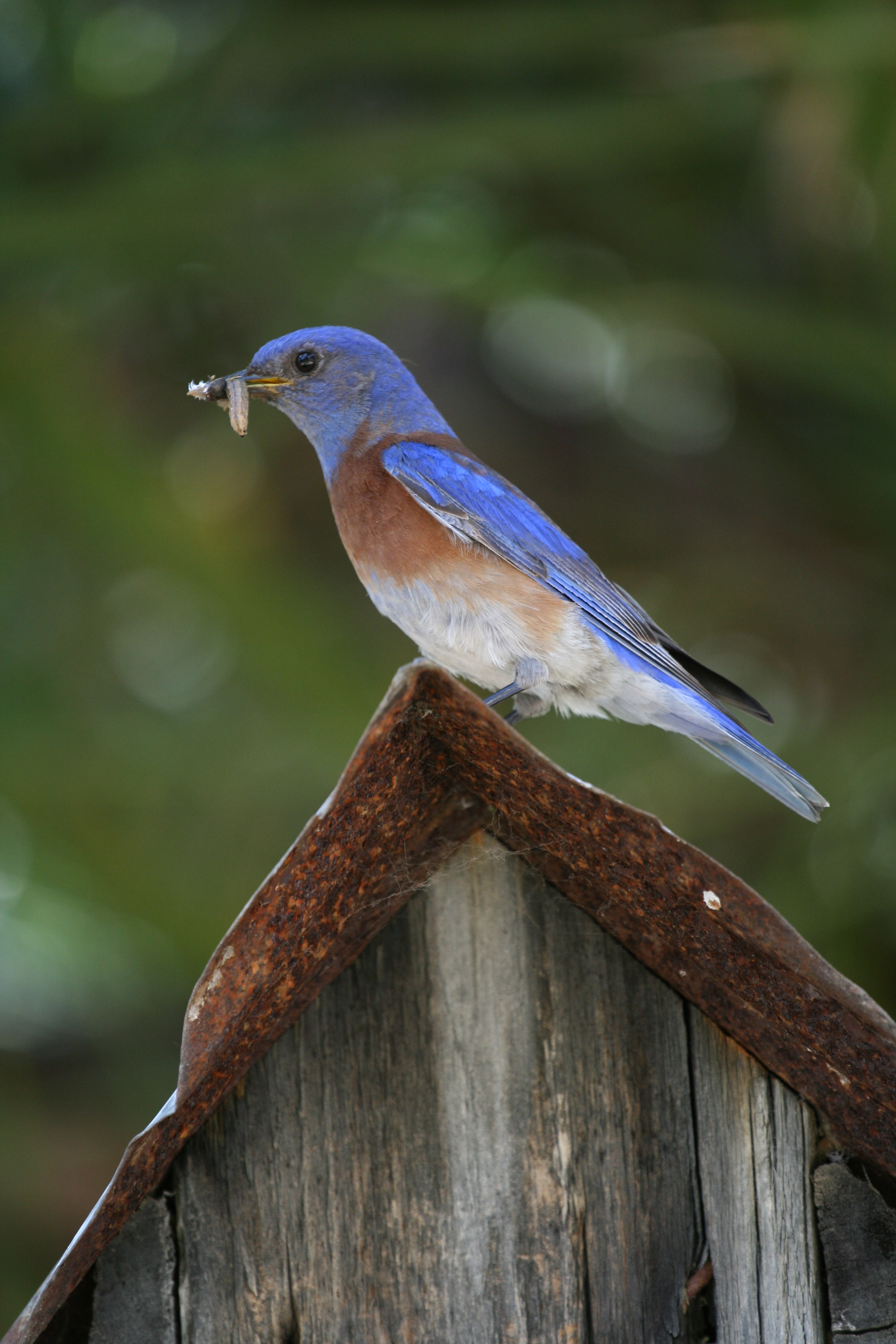 Pound for pound, caterpillars are higher in protein than red meat.

During the migratory seasons of spring and fall, birds may double their body mass to provide the fat energy needed to complete their flights, which can range from a few hundred miles to 1800 miles or more. Migratory birds depend on consistent “landing areas” in order to rest and refuel. Although well-stocked feeders can help supply nutrients, trees, shrubs and bushes that produce high quality seeds and berries are necessary. Non-migratory birds also increase their body masses, usually by 10 to 20%, and rely on plants with seeds and berries as well as feeders for fuel to withstand temperature changes.

For many, the idea of a landscape filled with native plants brings to mind an unkempt, disheveled mess of a yard, not a place to spend pleasant hours. That doesn’t have to be the case because selection is the key. Working with a professional landscape designer who specializes in native planting, it is possible to use natives to create a haven for you as well as the birds. 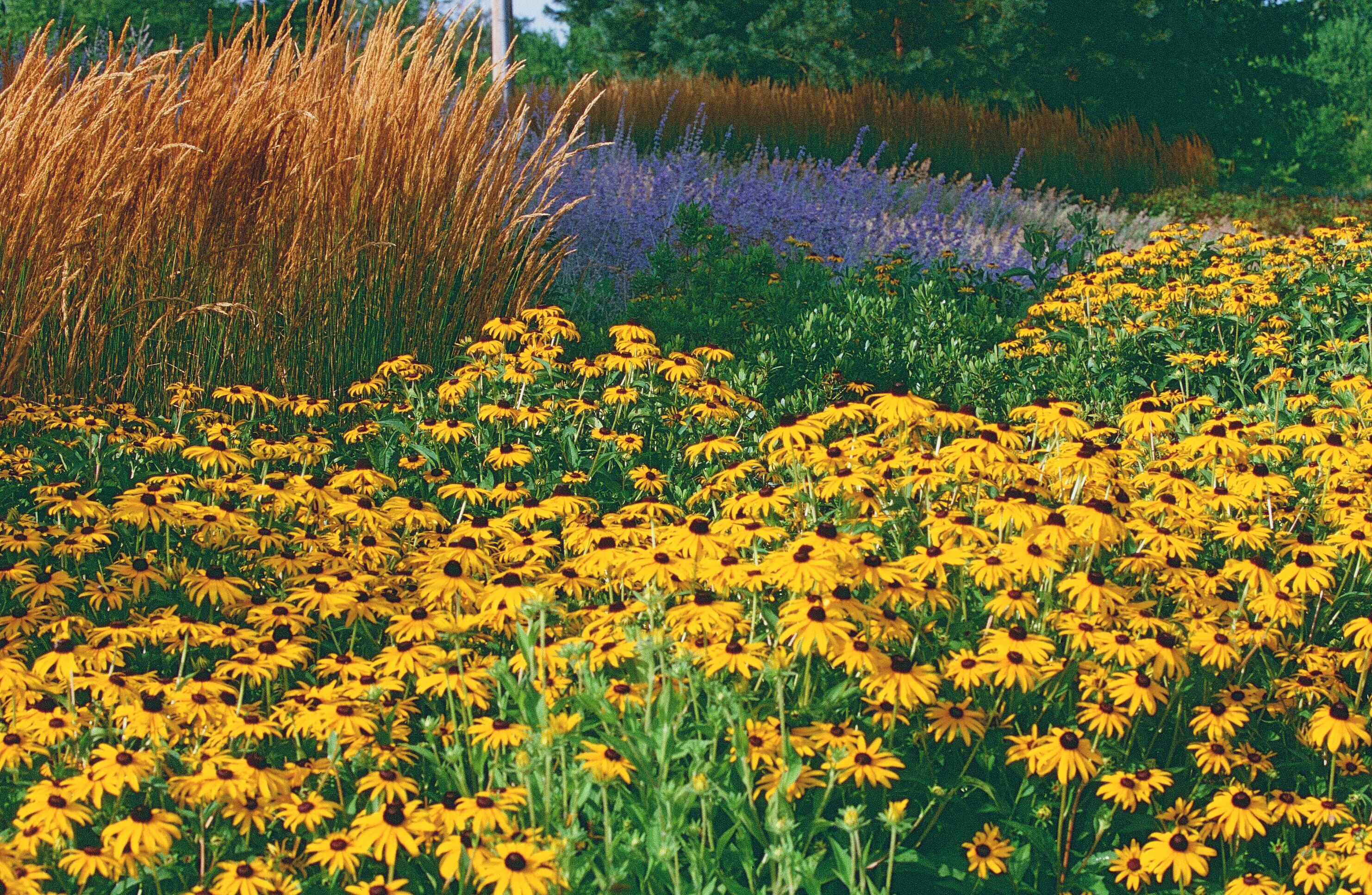 A magnificent garden of native plants. Designed by Dan Nelson