This article was originally published at the end of August in 2021. Although it's over two weeks earlier, the action at my feeders tells me that the birds are already preparing to leave. Science is warning us that climate change is affecting the cycles of nature. I'm afraid that I am seeing the results of climate change in my own back yard.

After the usual summer hosting a solitary visitor, my hummingbird feeders are suddenly overrun with feisty birds fighting for nectar. Last night there were at least ten battling for control; they spent so much time chasing each other away, I’m not sure any of them got a good meal. 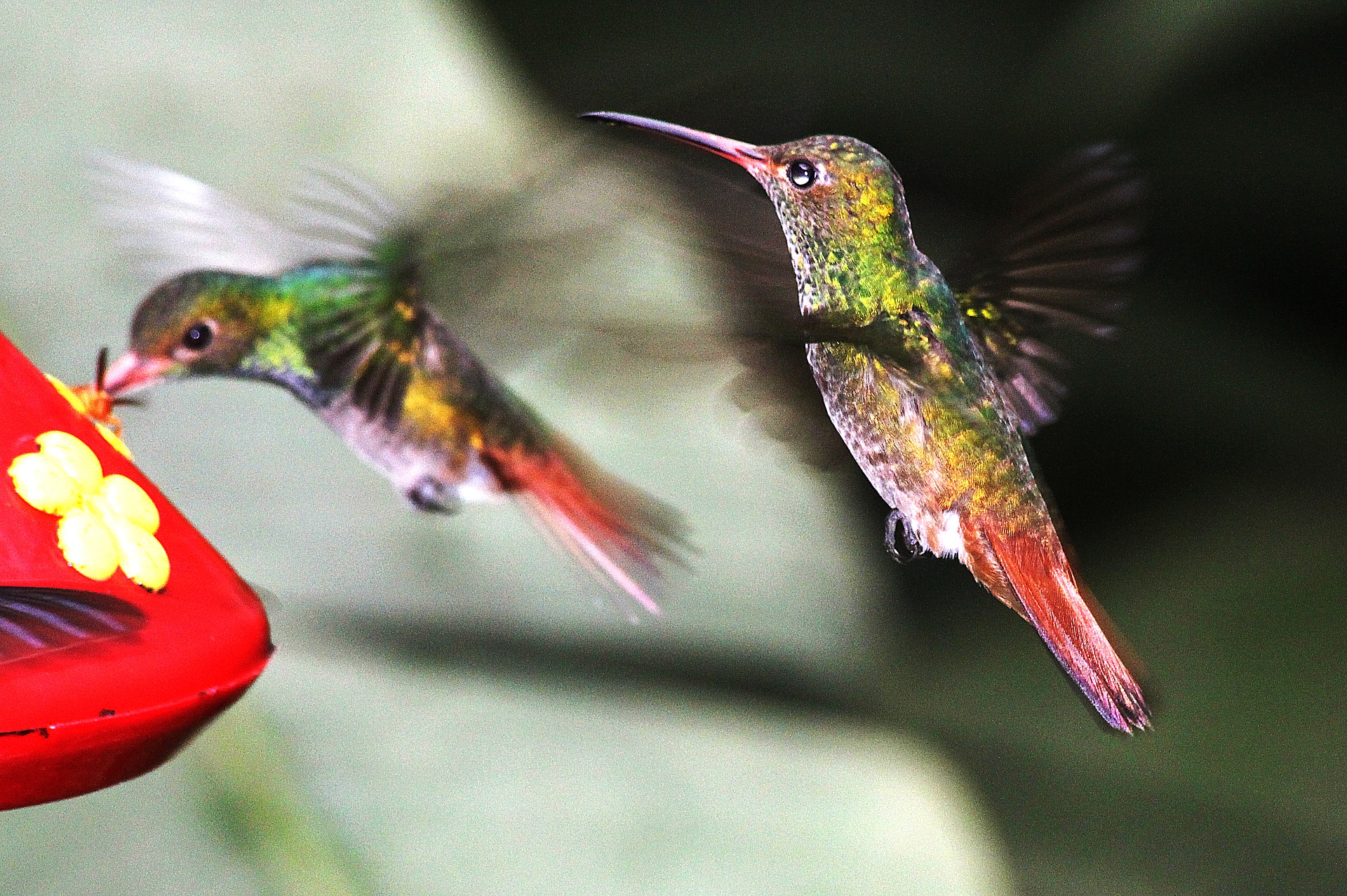 As much as I loved being in the middle of the bird chaos, it also made me just a touch sad. All these birds descending on my yard at once could only mean one thing  --  preparation for fall migration was starting. Much too soon, all these beautiful birds will be heading south for the winter.

Like most migrating birds, hummingbirds sense when it is time to begin their long treks toward their winter nesting grounds. Scientists believe that shorter daylight hours combined with a changing angle of 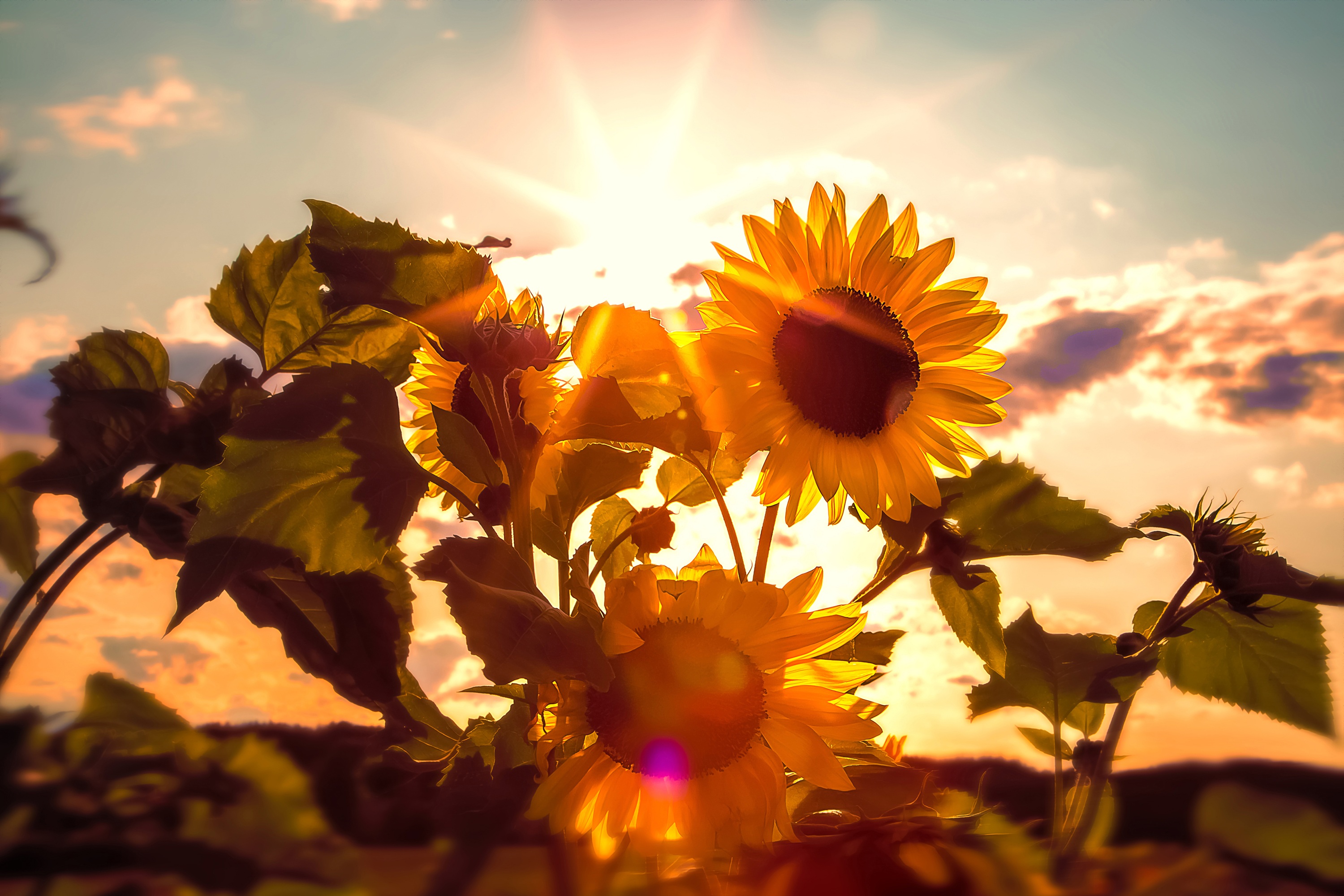 the sun trigger their need to leave. Before they leave on their long journeys (some travel over 2000 miles), these diminutive birds have some work to do. 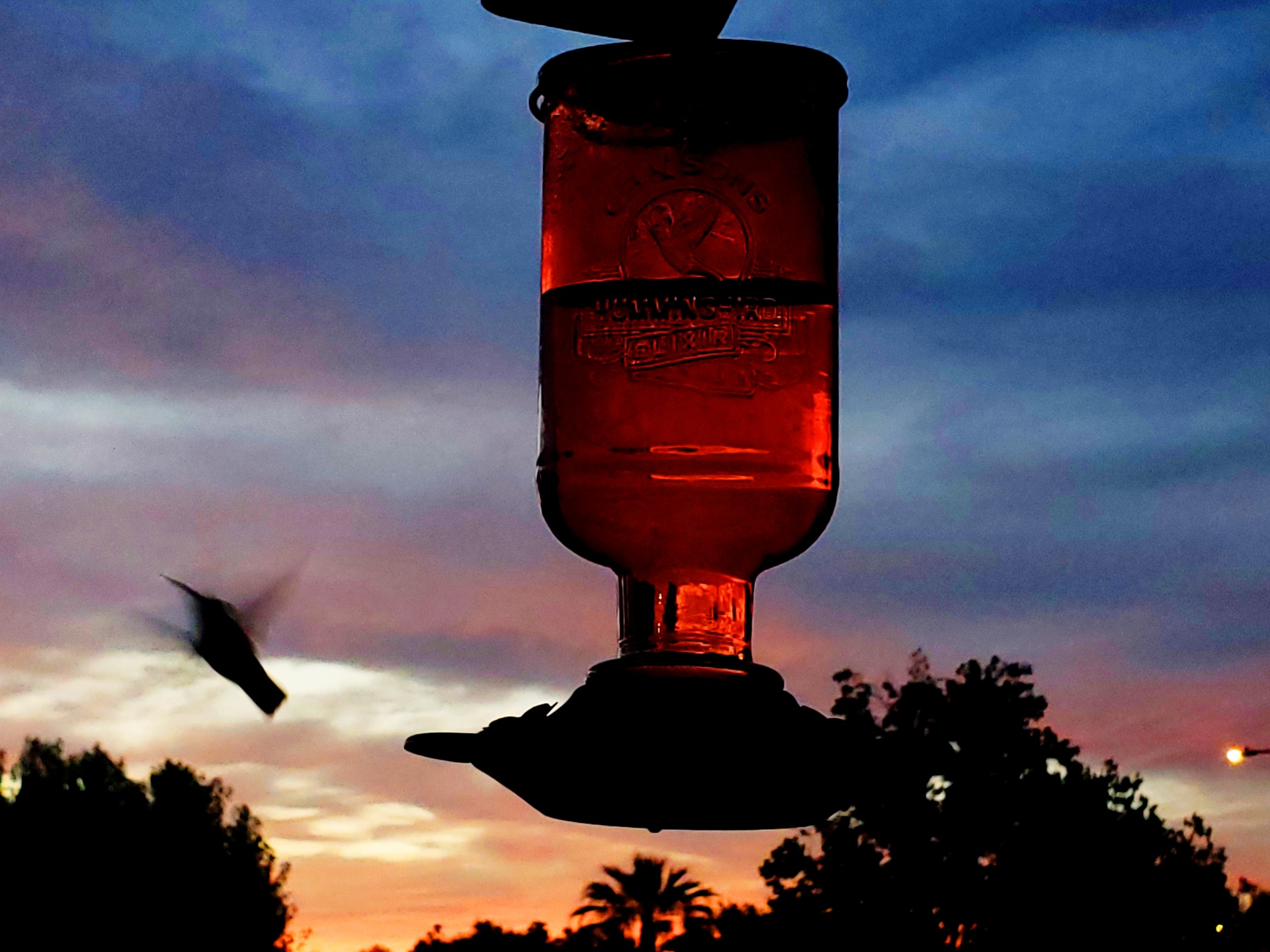 In order to prepare for the arduous trip,   hummingbirds spend several weeks gaining weight. While they migrate, hummingbirds expend a huge amount of energy. Their hearts beat at a rate of 1,260 times a minute and their wings flap up to 80 times in a second. A hefty supply of energizing fat is needed to fuel their long flights, so birds typically increase their weight by 25 to 40%. 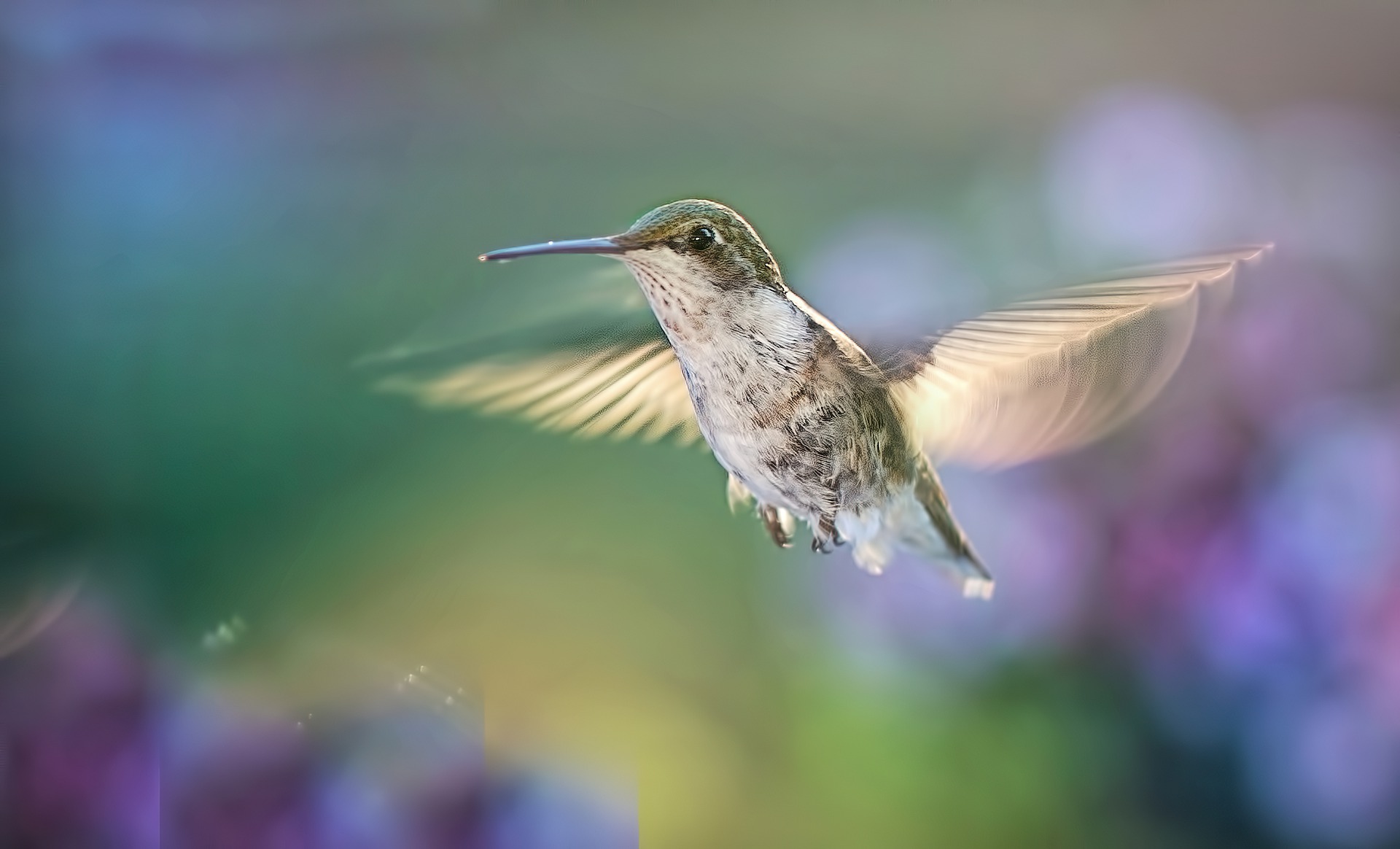 Ironically though, this weight gain takes place at a time when many nectar producing flowers and shrubs as well as insect populations are beginning to decline, leaving the birds with fewer food natural sources.

Here in the Midwest, there is an old wives tale still being shared that leaving hummingbird feeders up past early September will keep the birds in the area too long and they will die from our cold fall temperatures. The proof being the fact that hummingbirds 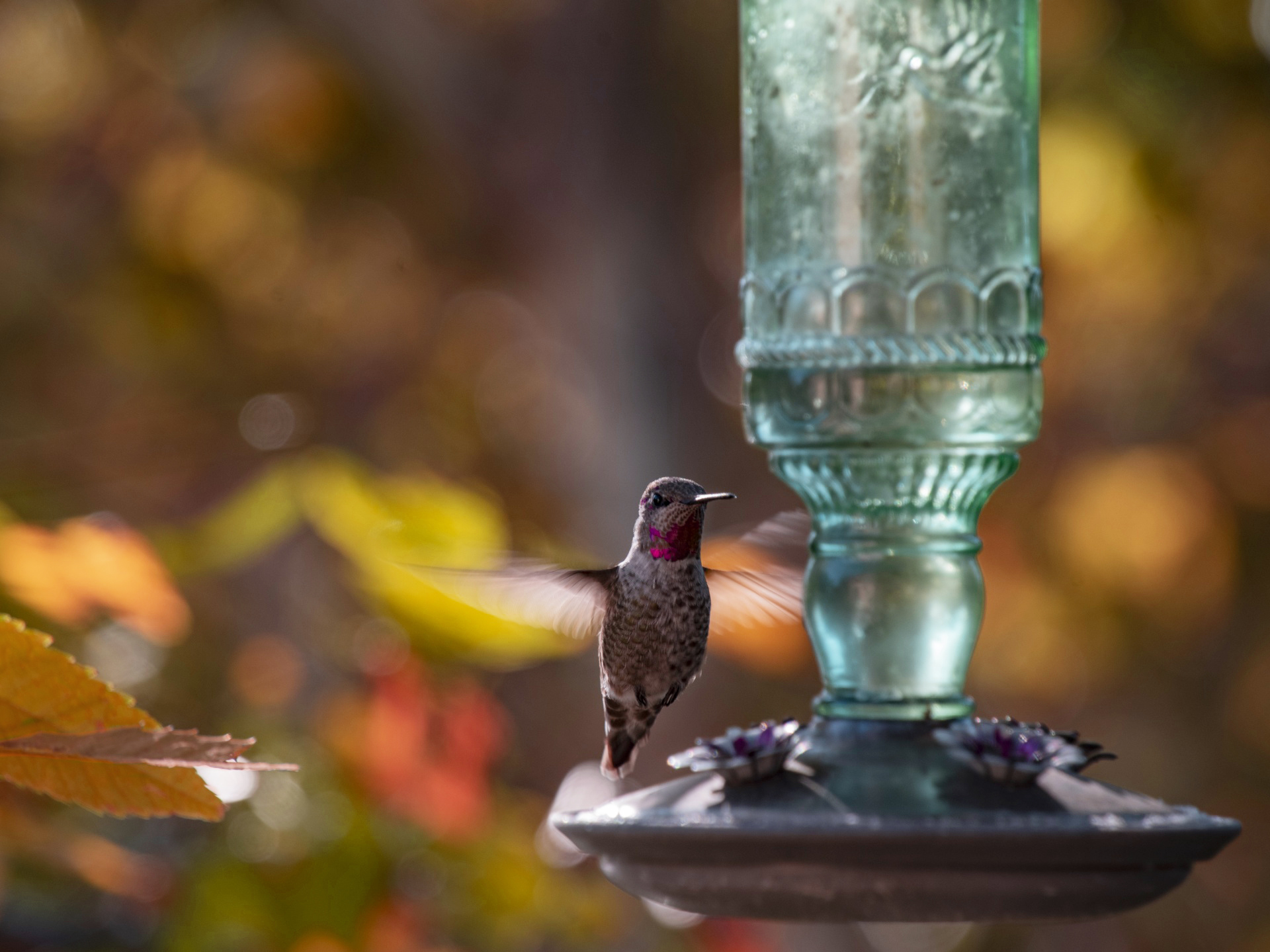 do appear at the feeders “past their season.” The reality is that feeders kept full of fresh, clean nectar throughout the fall --  in fact until Thanksgiving  --  are keeping migrating birds alive. Feeders left out in November may even be visited by hungry species that are usually not seen in the area.

The migration habits of hummingbirds are different from many other migrating birds. Hummingbirds do not fly in groups. 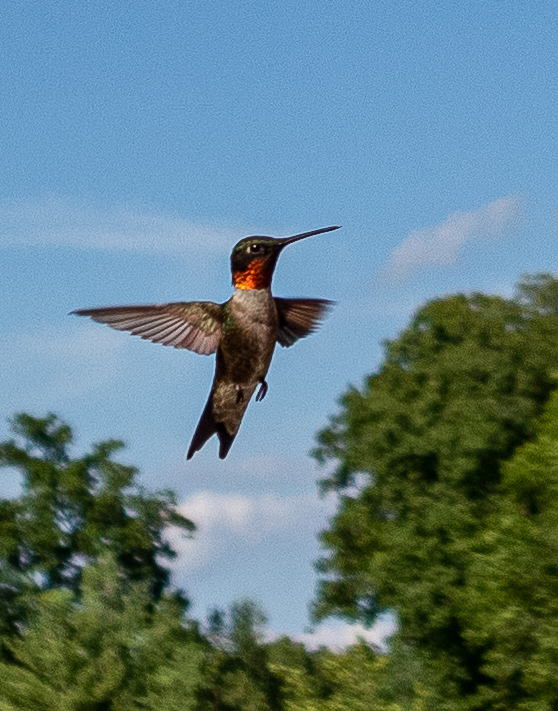 They travel alone, following the same route year after year. They fly very low, just above the treetops, in order to spot familiar feeding grounds. Researchers believe that migrating birds consciously seek out the places they found food in the past, anticipating that it will be available for them again.

Hummingbirds fly as many as 23 miles in a single day, stopping often for food. They tend to feed heavily in the early mornings, fueling up for a long daytime flight. The midday hours are their prime flying hours, and the late afternoon and evening hours are once again heavy feeding times. Hummingbirds must eat voraciously to maintain their flying weight. 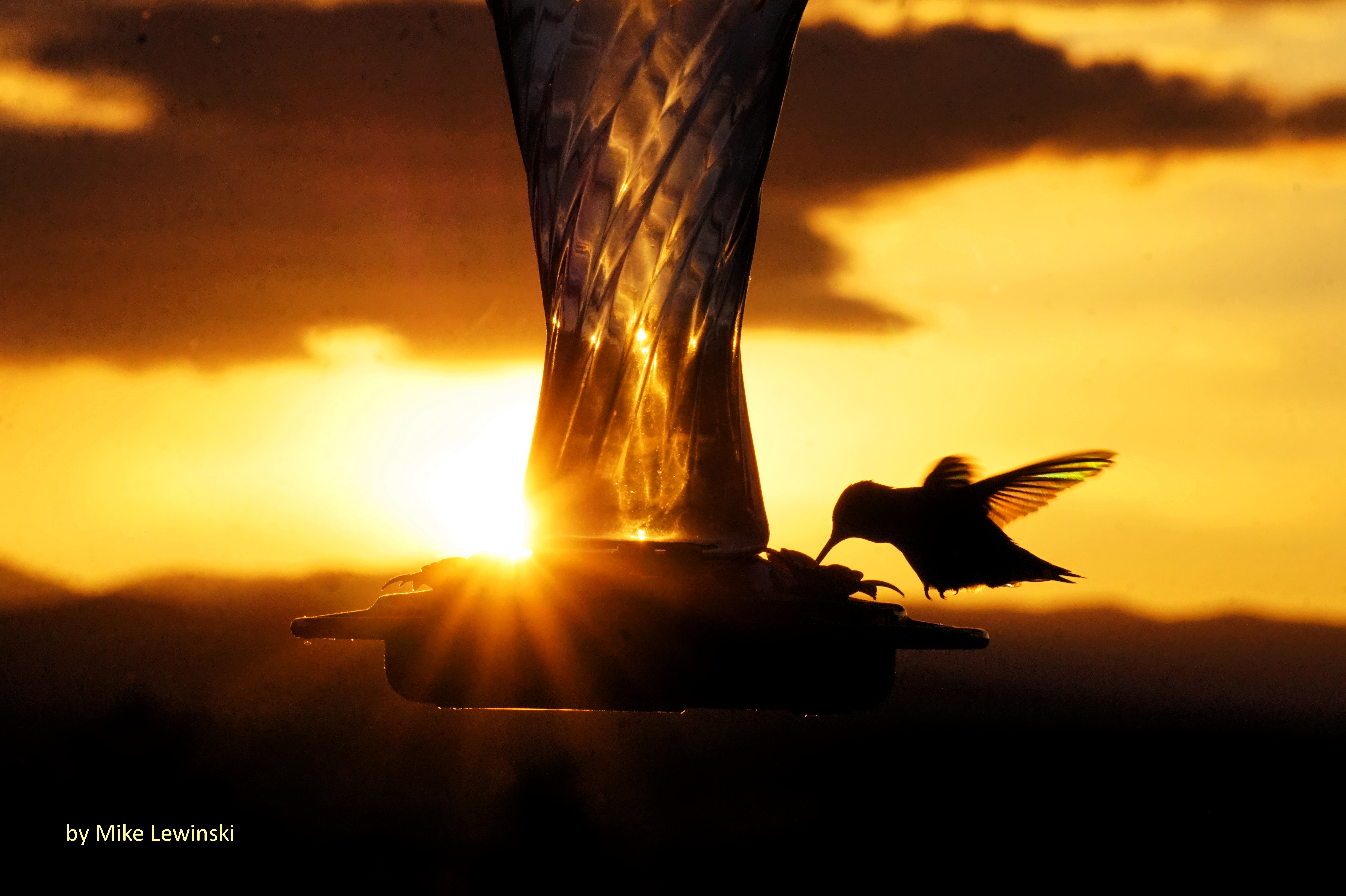 Sometimes inclement weather can put a temporary halt to migration. Hummingbirds have been known to stay in a “safe” area for a week or two while they wait for flying  conditions to improve. If they happen to get caught in an area during an unexpected cold snap, the birds will enter into a state known as torpor. 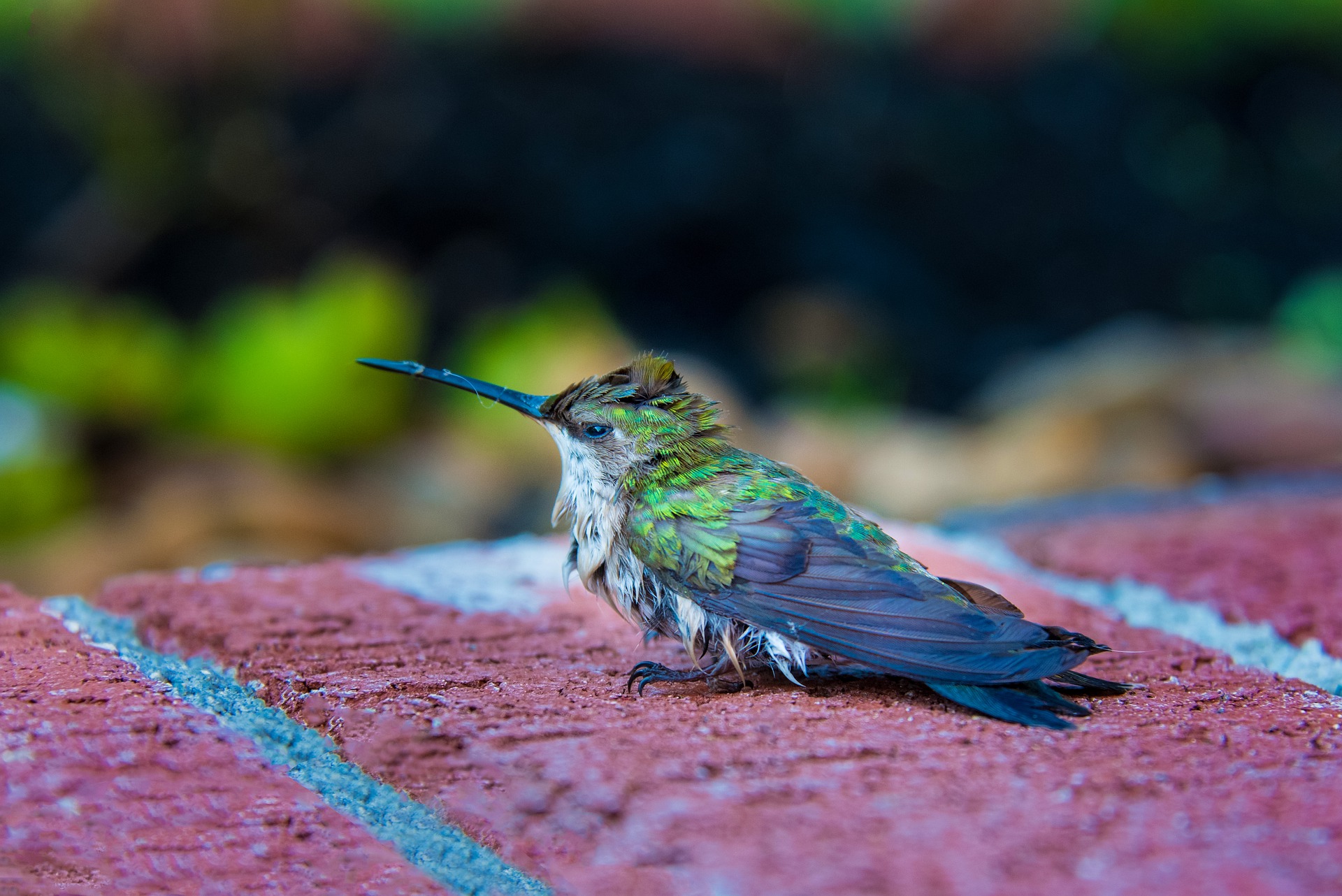 While in torpor, a hummingbird lowers its temperature, slows its breathing and heart rate and ceases any non-essential activity, living off of its accumulated fat. Once conditions improve, the bird will resume its normal migration. Birds in torpor should be left alone; attempts to rescue it will most likely kill it.

Historically, many of the migratory hummingbirds left in early to mid August to fly to Mexico and Central America for the winter months. Today, because of climate change and warmer winter temperatures, some species are leaving later, staying put in the Gulf Coast region, South Texas and South Louisiana and heading to their northern breeding grounds earlier in the spring. 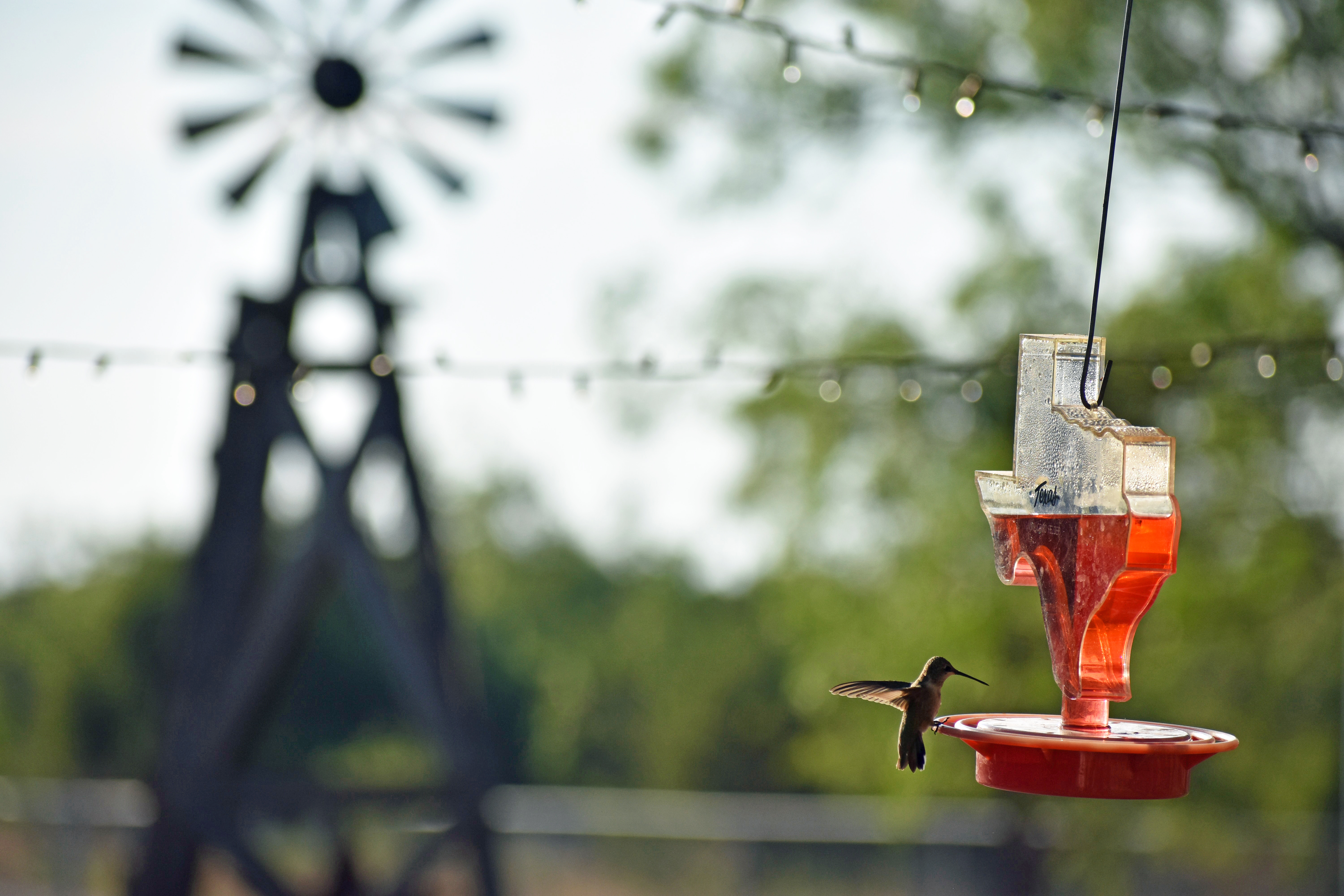 The hummingbird population in the United States is thriving right now, but habitat destruction, climate change and complacency could quickly and easily change that. Let’s work together to keep our tiny visitors well fed and protected so they can continue to bring their delightful bird chaos to our yards. Keep the flowers blooming, the feeders up and the fresh nectar coming. The birds will love you for it. 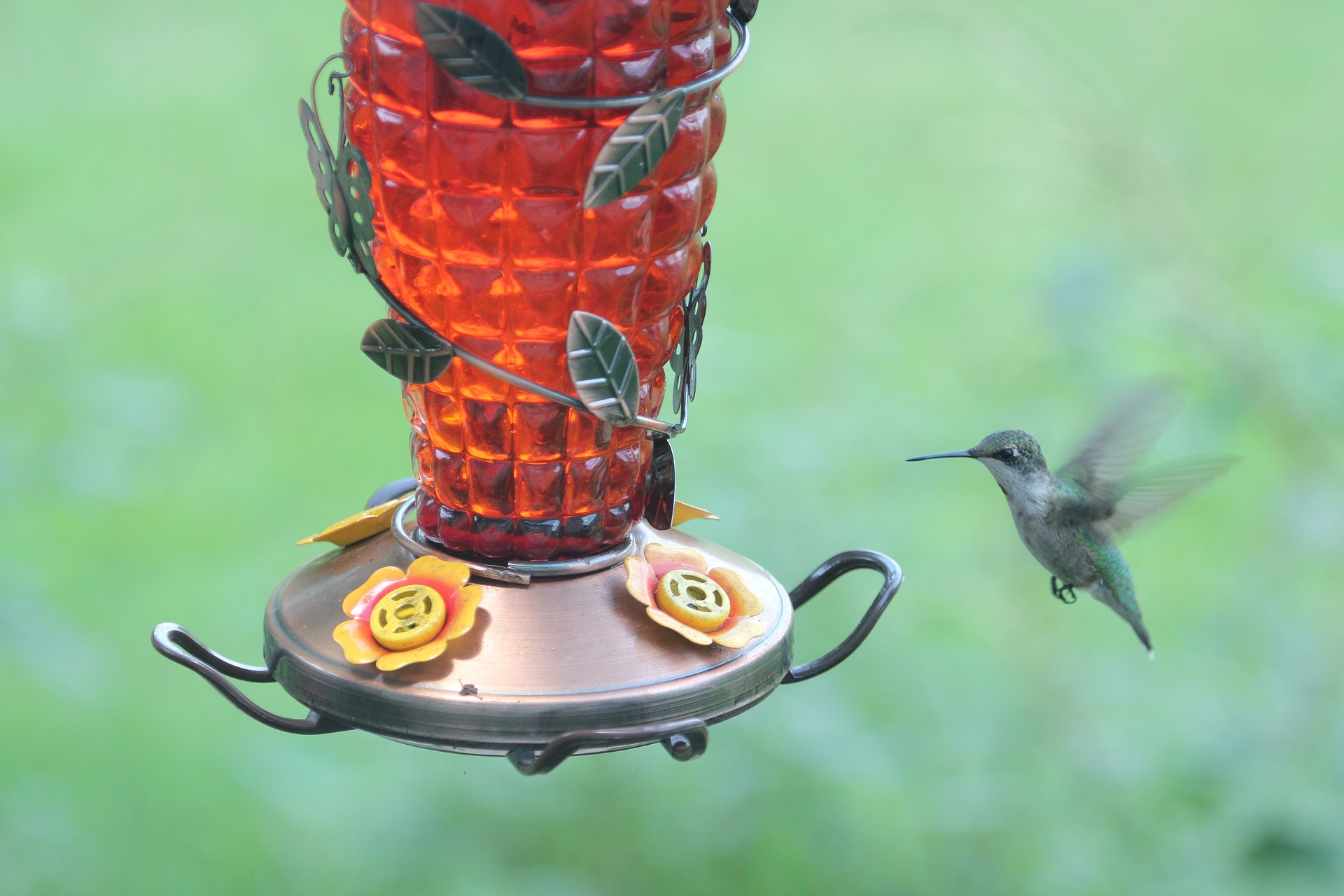