My four-year-old granddaughter sat for a good half hour the other morning completely mesmerized by a caterpillar climbing up a branch. She squealed in delight each time it inched its way up the branch, forming an arch, then straightening out.  She declared that green was her favorite color and asked if she could keep it “forever.” 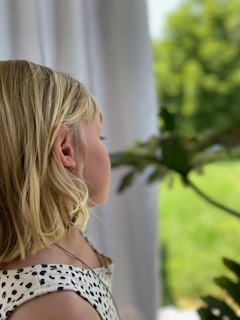 I have to admit it --  I wasn’t quite so entranced with the giant tomato hornworm crawling up my heirloom tomato plant, but her fascination and pure joy did strike a chord with me. We all need to be a bit more appreciative of the insect populations that surround us, not just the monarch butterflies and golden honeybees, but all insects -- even the tomato hornworms in our lives. The stark reality is without insects, the planet will cease to exist as we know it.

Most people understand that pollination is a vital task of several groups of insects. Pollinating insects help bring about the tangible results of food and flowers. What many people do not realize however, are all of the other essential activities insects participate in on a daily basis. Some insects, such as members of the scarab beetle family, are nature’s   recyclers, 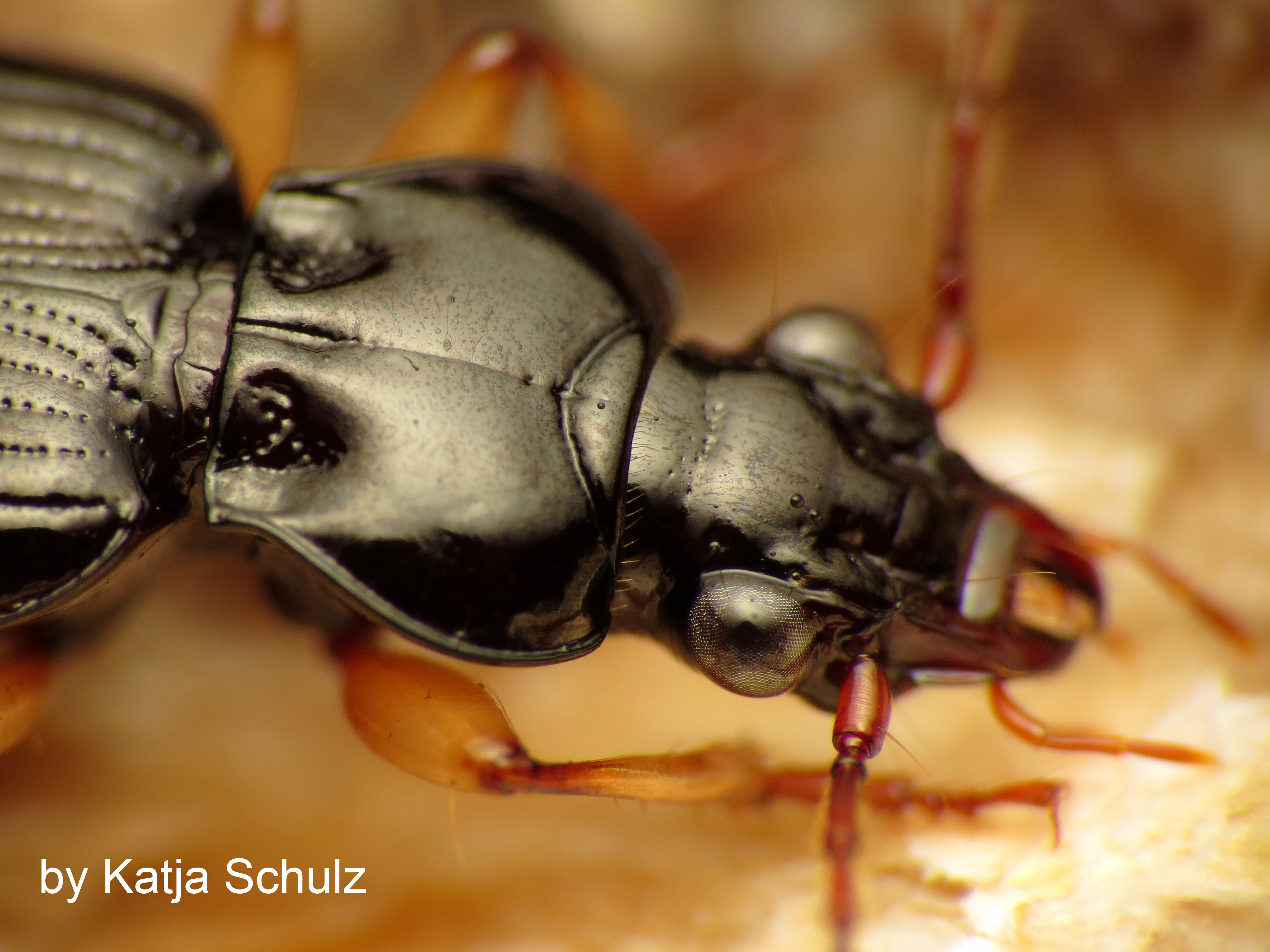 consuming animal waste then   breaking it down and returning it to the soil as nutrients that feed plant life. Without   these rather fierce looking insects, decaying waste would simply accumulate around   us, fouling our air and slowly starving our soil.

While soft vegetation such as leaves and stems decompose fairly rapidly, the harder wood of tree trunks and branches takes much longer. Researchers have determined that dead hardwood trees, depending on their sizes and locations, take between 46 and 71 years to completely decompose while conifers take 57 to 124 years. Without intervention by “pioneer insects” like bark beetles and wood wasps, decomposition could take twice as long and the rich, dark humas of rotted trees would not be available to enrich our forest floors. 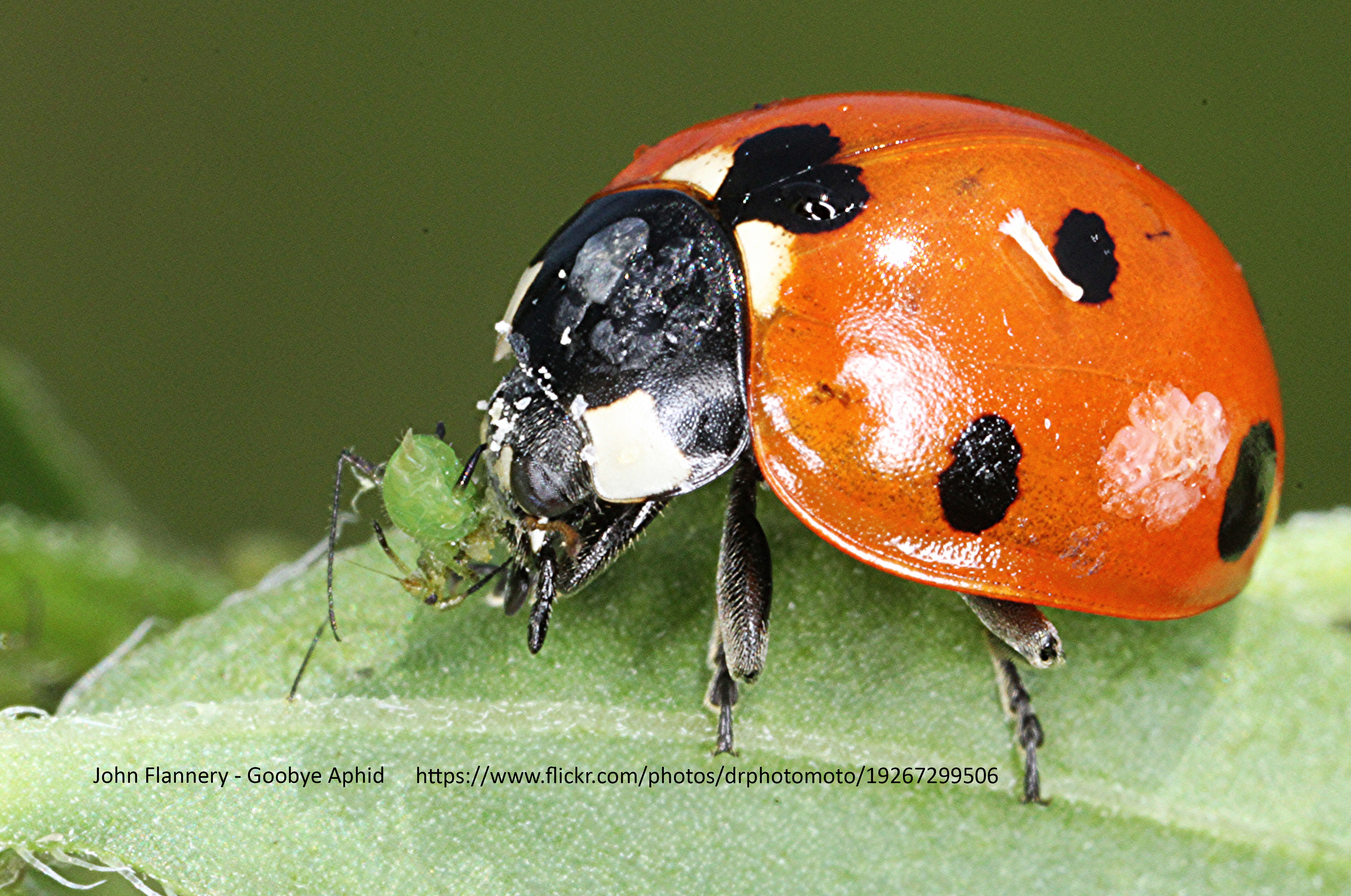 That darling little ladybug (lady beetle) that legend proclaims is good luck is a beneficial predatory insect. In one year, which is the average lifespan of a ladybug, it will voraciously consume over 5,000 aphids. If one female ladybug lays up to 1000 eggs in its lifetime, think how many unsuspecting aphids, mites and whiteflies all of those ladybugs will devour in a season!

Ground beetles are another common beneficial predatory bug that we often disdain. Primarily nocturnal, these smallish brown, black or sometimes iridescent insects often startle us as they scurry for the safety of darkness when they are unexpectedly exposed to light. Although the first instinct may be to squash them, letting them escape is a wiser course. Both adult and larvae ground beetles are carnivores and eat caterpillars, slugs, snails and a variety of other harmful insects. Some species also eat weed seeds, making them doubly valuable.

They are typically much smaller than their prey. Although most parasitic insect helpers do their work unseen, their favorable results can’t be missed.

Perhaps the most common and productive is the parasitic wasp, a tiny, almost microscopic, sting-less wasp that deposits its eggs inside of its prey. The eggs then hatch and tiny wasps grow inside the host for a period of time. When they have adequately matured, the young wasps escape through a hole they cut in either the head or the body of the host and fly off to repeat the cycle elsewhere. With thousands of species, parasitic wasps attack and kill a huge range of harmful insects including aphids, whiteflies, leafminers and caterpillars. 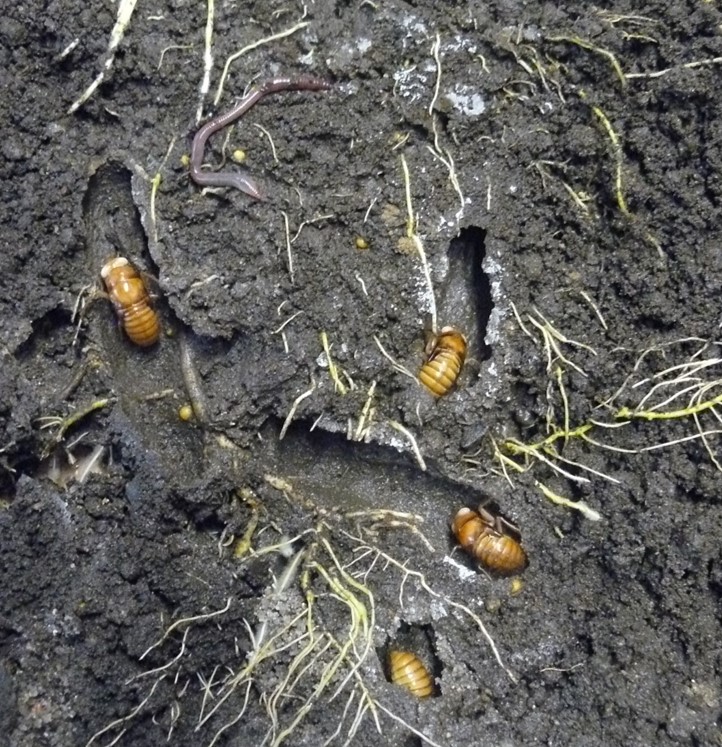 A form of soil aeration is another benefit that insects provide humans. Termites,     cicadas, wasps, ants and other insects that burrow build underground tunnels to use as their transportation corridors and their homes. The tunnels create underground channels through which water and oxygen become available to the roots and cells of plants.

Insects are food sources for a wide range of animal varieties and human cultures. Anteaters, armadillos and hedgehogs are all examples of insectivores, or animals and insects that primarily eat insects. Other mammals, reptiles, amphibians and birds are also dependent on insects as a significant portion of their diets. If those insects disappear, then the ecosystems to which the other animals belong will collapse. 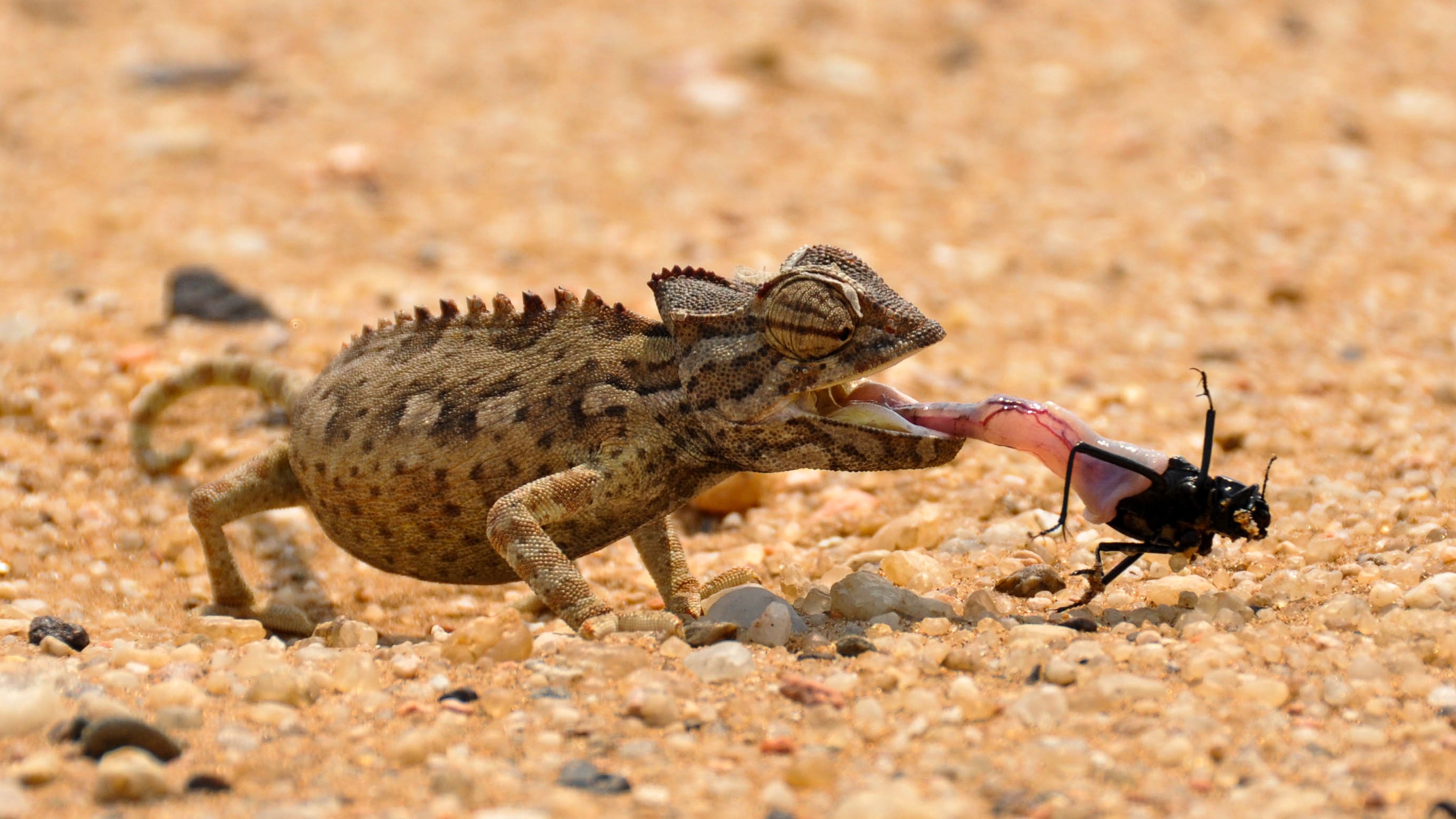 Experts in the field of entomophagy, the practice of eating insects by humans, estimate that  every day over two billion people in all corners of the world eat insects. For many of the world’s poor, insects are a nutrition-rich alternative to meat. Insects are protein dense and are high in sugars and vitamins B, K and C. Butterflies, for example, proportionally have more protein than chicken and wasps have more vitamins than some fresh fruits do.

Insects are products producers.  Lac, a protective film produced by a species of scale in India, is used in products like varnishes, shellacs and sealing waxes. Natural dyes made from insects are used for cosmetics, beverages and medicines because they have been proven safer than synthetic ones. Beeswax, made from the honeycombs of honeybees, is used in a range of industries from pharmaceuticals to cosmetics and candles to food production. An enormous number of products would disappear from shelves, or change in formulation, if their insect manufacturing team vanished. 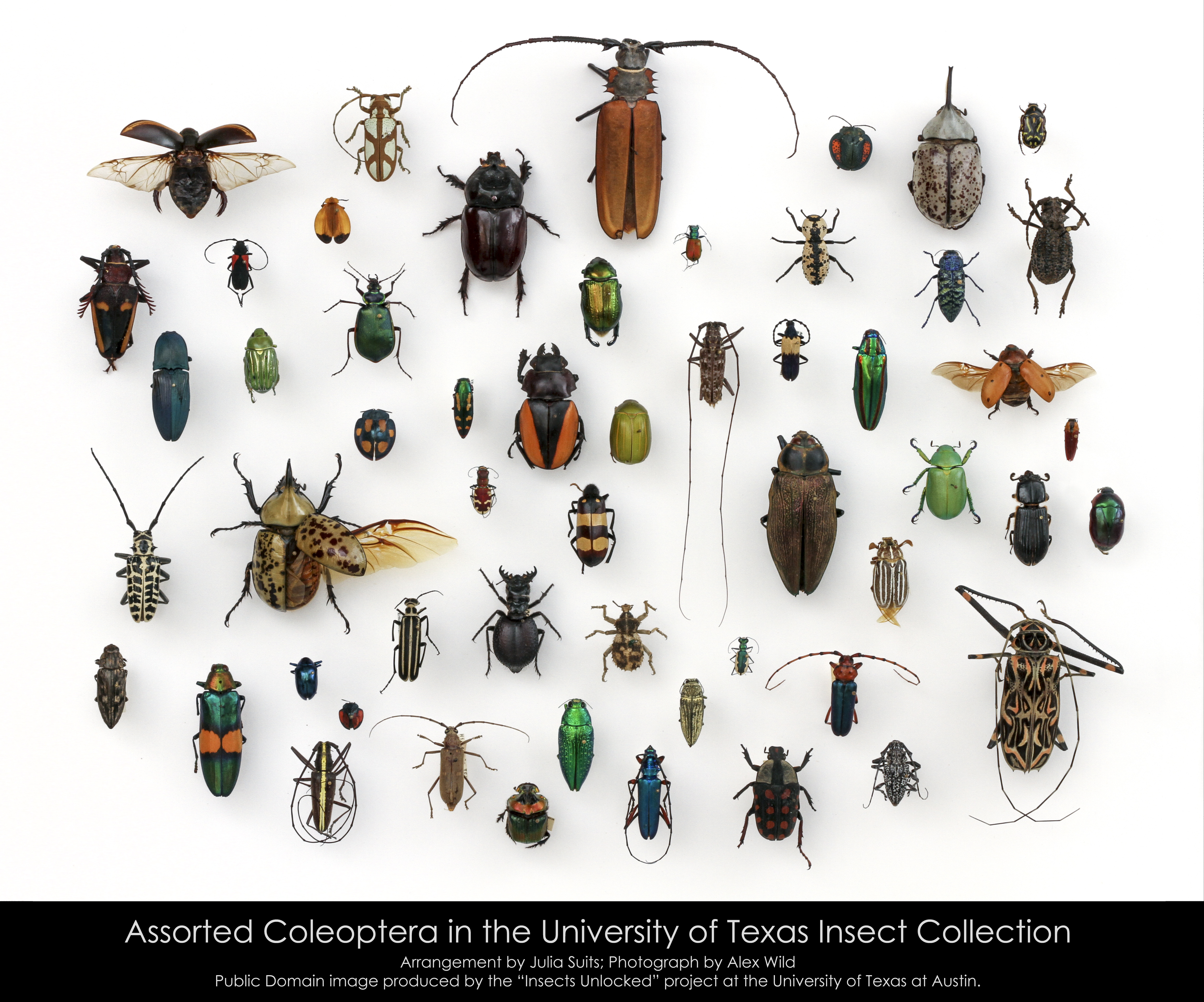 Finally, insects, with their enormous array of forms, patterns and colors, give the world an unexpected source of beauty. Whether captivating us with iridescent color, enthralling us with a whimsical pattern or startling us with a sinister form, insects engage and tantalize our senses and connect us to the natural world. Just ask my granddaughter  --  she’ll tell you.