The hummingbird moth is one of nature’s best impostors.  With only a quick glance, you’re sure you’ve seen a baby hummingbird flit by, but a closer look says otherwise.

A frequent late summer garden visitor, hummingbird moths, unlike their other moth cousins, do their flying and foraging during daylight hours —  especially at dawn and at dusk. They are often seen (and heard!) motionlessly hovering in front of bright summer blooms ready to feed. Using their long tongues, called  proboscis, the moths probe for their only food, the energy producing nectar they need to survive. Among their favorite flowers are phlox, monarda, butterfly bush, salvia and hosta blooms. 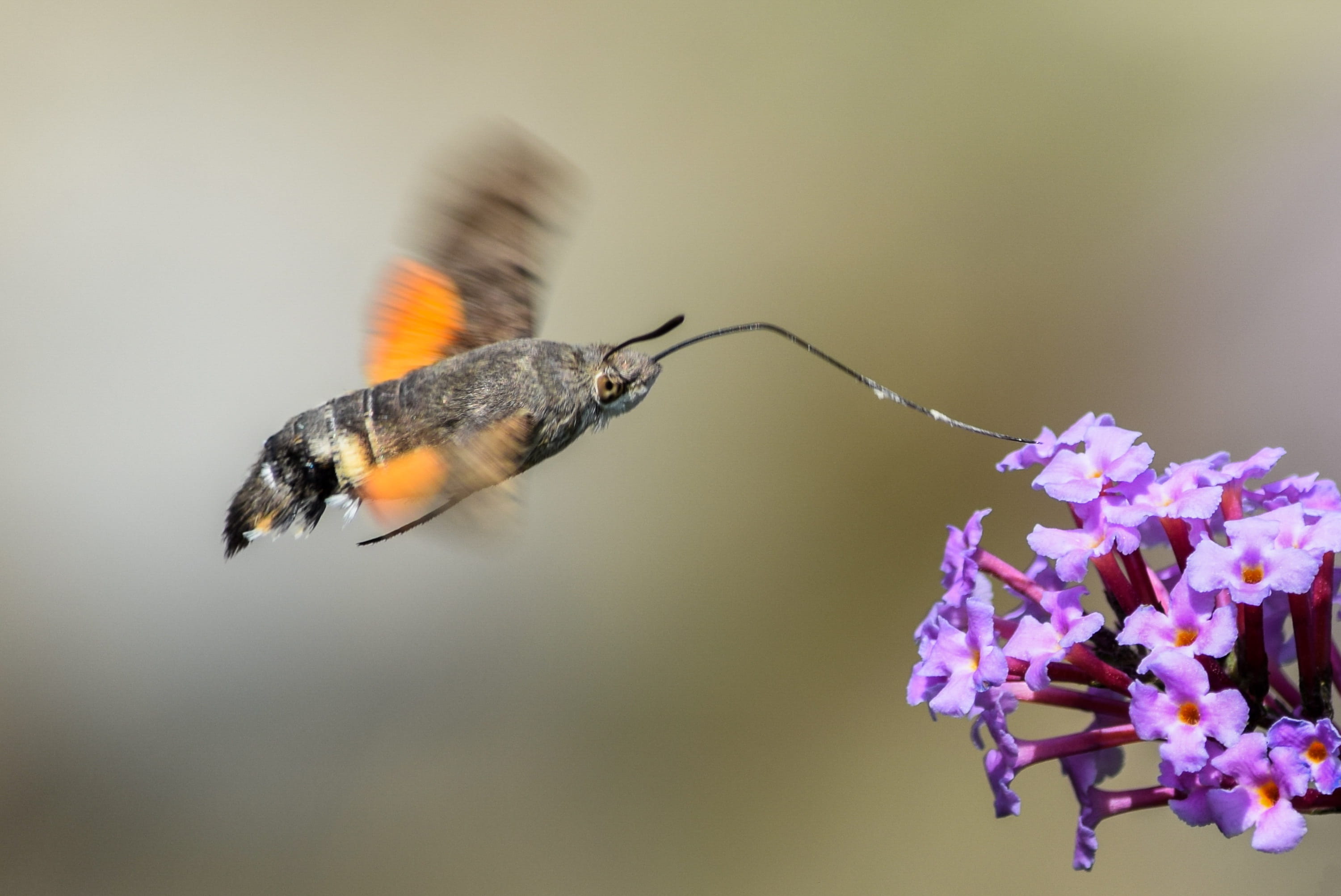 Looking like hummingbirds while in flight, hummer moths do have significant physical differences; but because they move so fast, the differences can be hard to see. Hummingbird moths are about two inches shorter than adult hummingbirds, which is why they appear to be juvenile hummingbirds. Hummer moths have large, black eyes meant to frighten predators, three pairs of tiny legs and a set of two small antennae which can be easily mistaken for the crest of some hummingbird species. 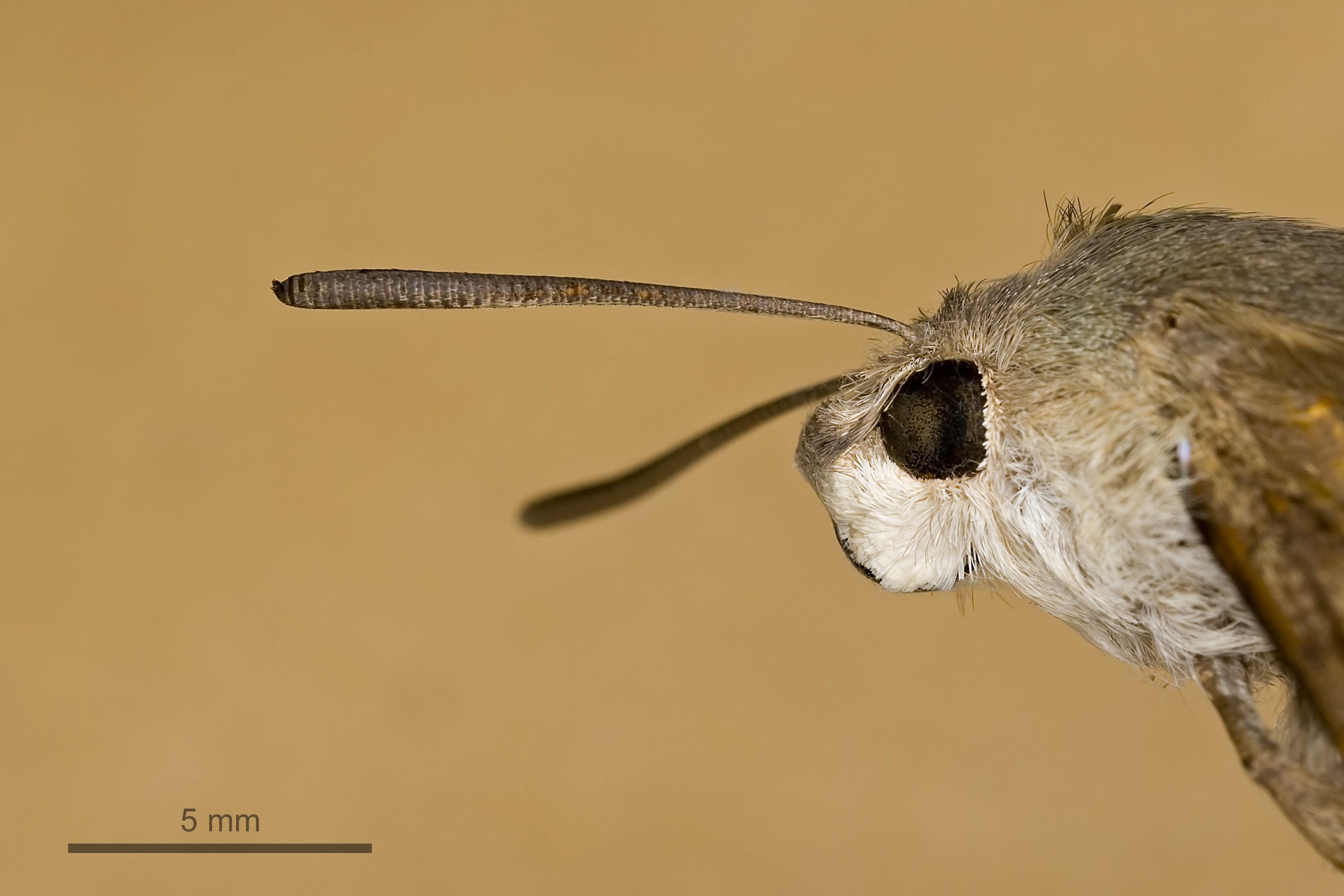 While a hummingbird lives about 5 to 7 years in the wild, a hummingbird moth has a lifespan of about 7 months. Female hummer moths typically produced two generations a year, laying about 200 pale green eggs on the leaves of a host plant. 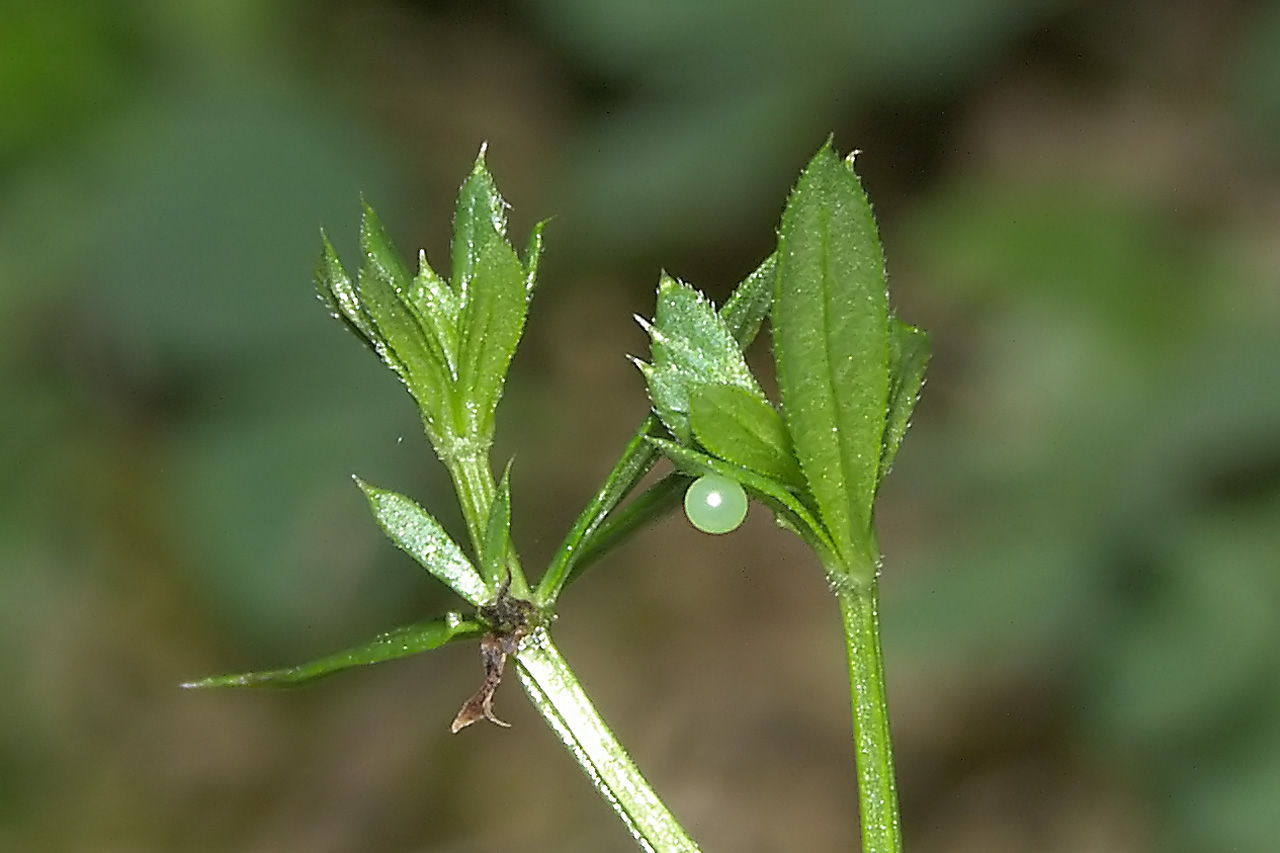 The eggs hatch within 6 to 8 days and caterpillars emerge. At first, they are a smooth, nondescript pale yellow, but they soon turn into familiar green caterpillars known as hornworms. For three weeks, the hookworms feed on a variety of  foliage, including the leaves of viburnums, honeysuckles and members of the rose family. The caterpillars then drop to the ground, usually within the leaf litter of their host plant, form a thin cocoon and remain there until late spring or early summer, when they emerge as hummer moths and begin the cycle again. 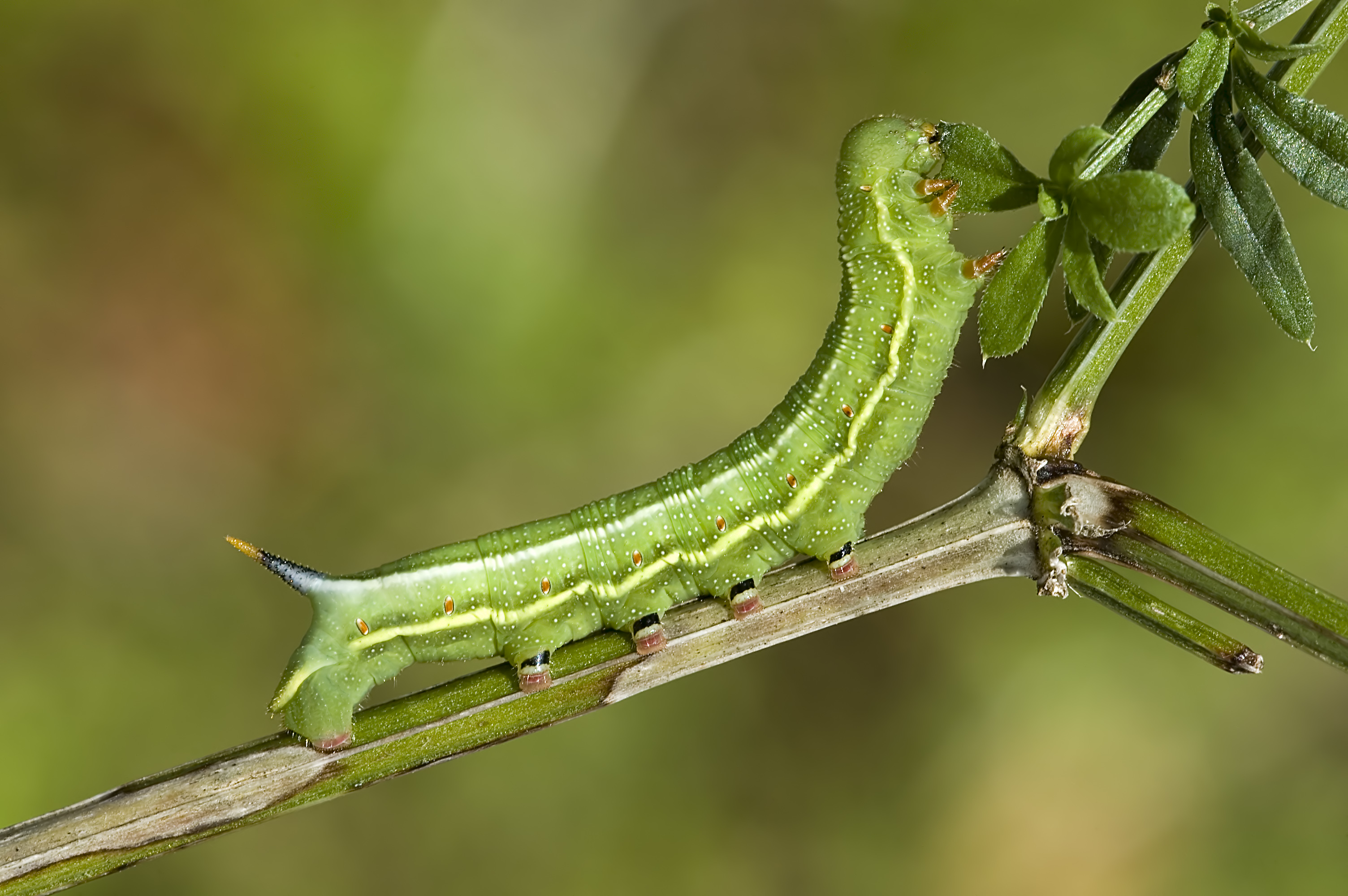 The United States is home to four species of hummingbird moths, but the main ones are the clearwing, found in the eastern portion of the country and the Snowberry clearwing, common in the west. 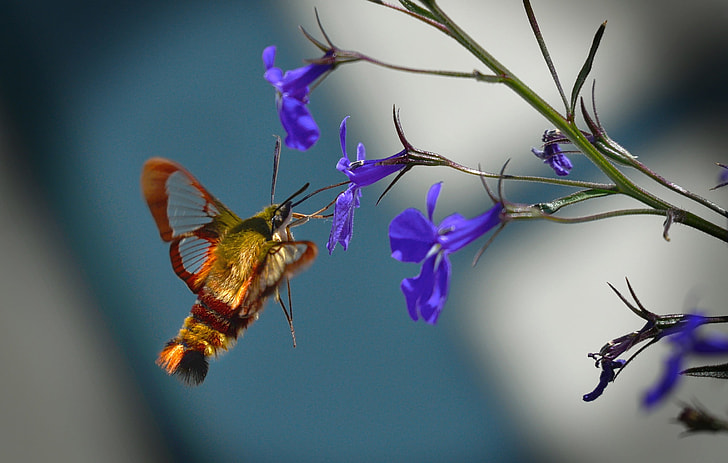 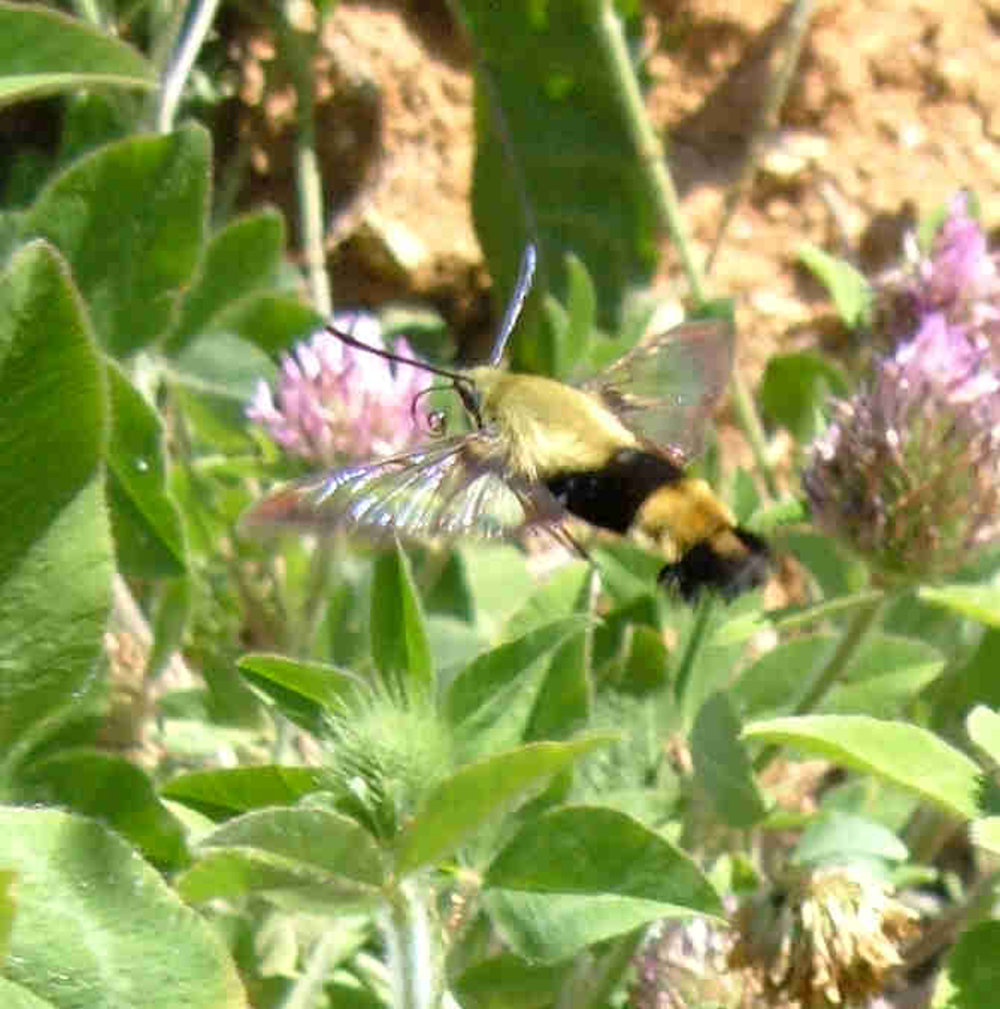 This time of year hummingbirds are gathering at flowers and feeders as they prepare to head south for the winter. Look closely though; you may get to see one of these charming impostors in the crowd.