…..for Flowers of the Holy Night 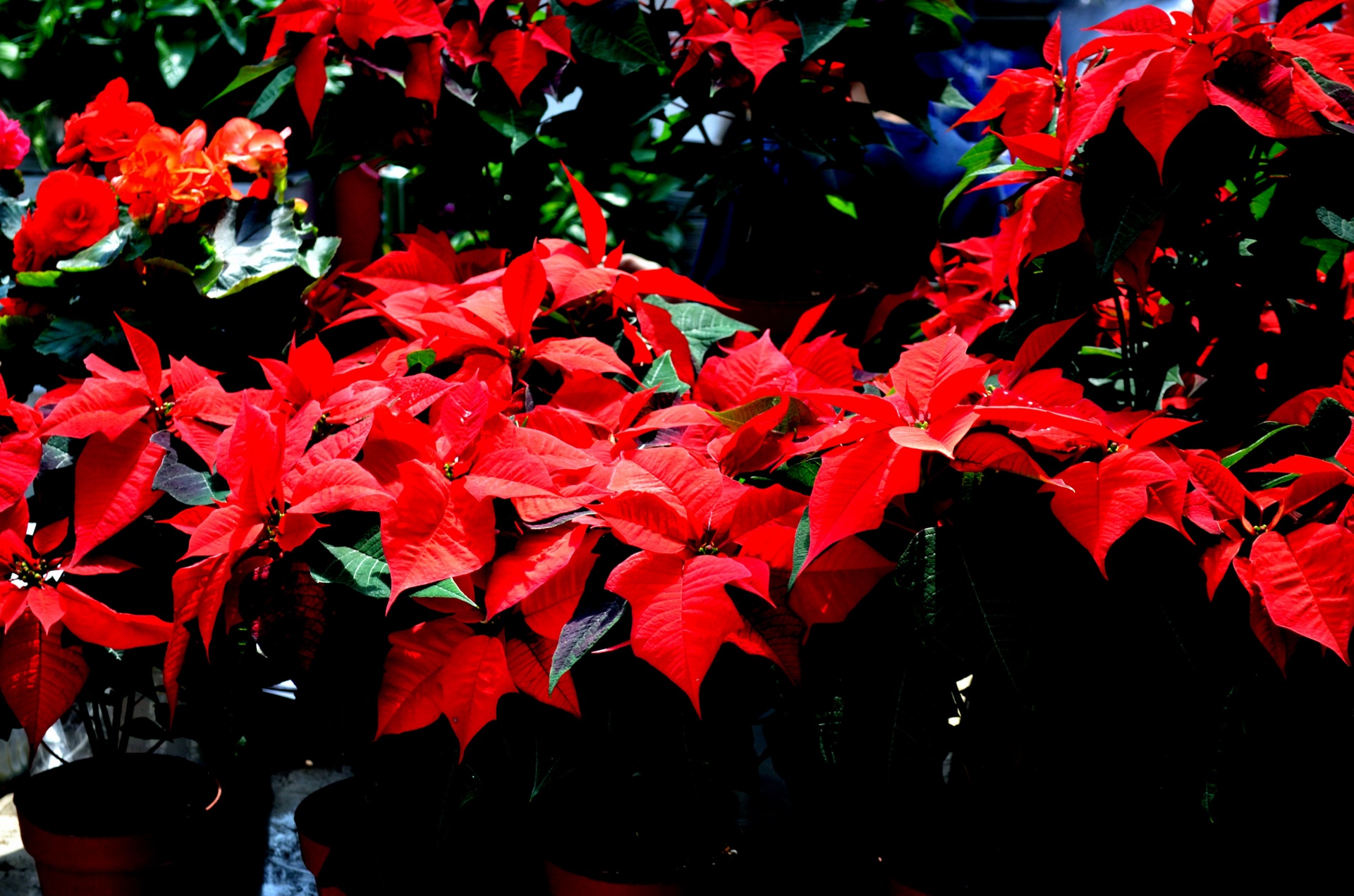 According to legend, many years ago, a poor young Mexican girl was desolate because she did not have a gift worthy enough to leave for the baby Jesus at the Christmas Eve service. To comfort her, her cousin told her that the baby Jesus would love any gift, no matter how small, she offered.  To have something to offer, she brought the baby a bouquet of weeds that she picked on her way to the church. As she faithfully placed the small bouquet of raggedy weeds at the manger, they suddenly changed into the beautiful red flowers we know as poinsettias.

Poinsettias, or “Flores de Noche Buena” (Flowers of the Holy Night) were introduced to the United States in the early 1800’s by Joel Poinsett who was the first U.S. ambassador to Mexico. Fascinated by the brilliant red plants, he sent several home to his South Carolina greenhouses where he began to propagate them. He gave the propagated plants to friends as gifts and to botanical gardens as new specimens for the public to enjoy.

It took a hundred years and a savvy promotional campaign by the Ecke’s Ranch growers, but poinsettias eventually became the most popular plant sold for Christmas. Each year over 34 million poinsettias are sold. That’s almost 1/4 of all potted plant sales each year!

To keep your poinsettias looking their best all season, give them a little extra TLC. They want to stay warm during the day so give them at least 6 hours of direct sunlight every day. At night though, poinsettias prefer being cool. Temperatures between 50 and 60 degrees F are perfect. Keep them out of drafts and let the soil get just slightly dry between waterings. That beautiful foil they are wrapped in can be deadly. Punch drainage holes in the bottom so that the plants don’t drown from accumulated water.

With a little love, you can extend the life of your “Flores de Noche Buena”  and the brightness of the season well into the New Year.