The first of the spring blooming bulb catalogues landed in my mailbox yesterday. That means it’s time to start seriously planning for those early bursts of color. Ten years ago that simply meant deciding which new variety of tulip to buy and whether to plant single or double cupped daffodils. Now my choices aren’t quite so clear cut; the best selections have to not only add beauty, but also nurture early appearing pollinators. 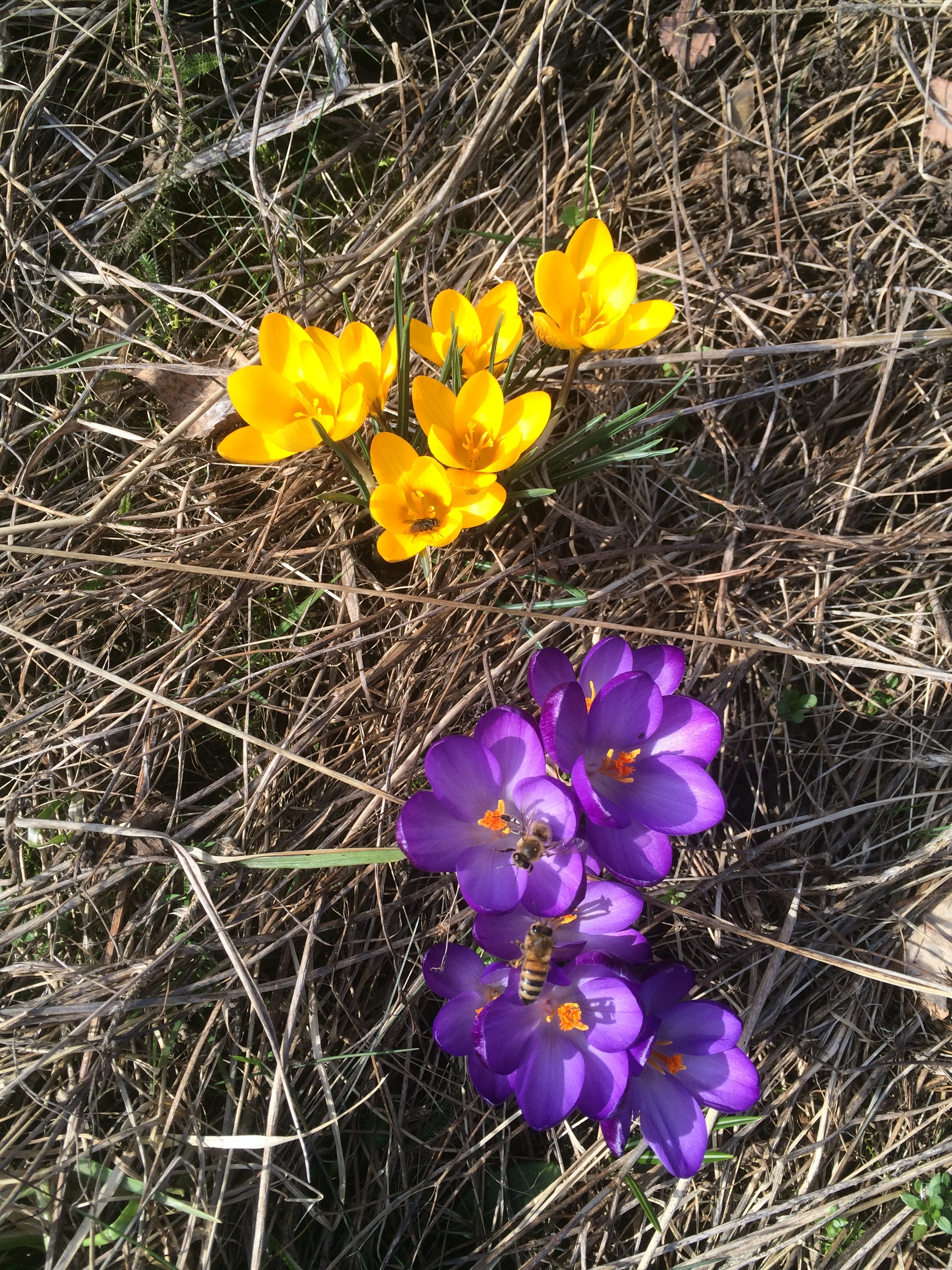 Over the past few years I’ve added dozens of crocus, winter aconites and snow drops to my gardens in the hopes of giving the earliest bees and pollinator flies (yes, there are types of native flies that are important pollinators!) the sustenance they need after a long winter. While all three early spring beauties are good sources of nectar and pollen, there is another group of plants to consider. Spring ephemerals not only provide an excellent food source for early insects, they also give the early spring garden an almost magical feel.

The term ephemeral literally means “lasting for a very short time; short-lived; transitory.” As a plant species, the term refers to perennial plants that are characterized by very short life cycles. Spring ephemerals appear early in the season, quickly develop leaves, stems and flowers, reproduce, then die back and return underground where they remain as roots, rhizomes, bulbs or corms until the next spring season. 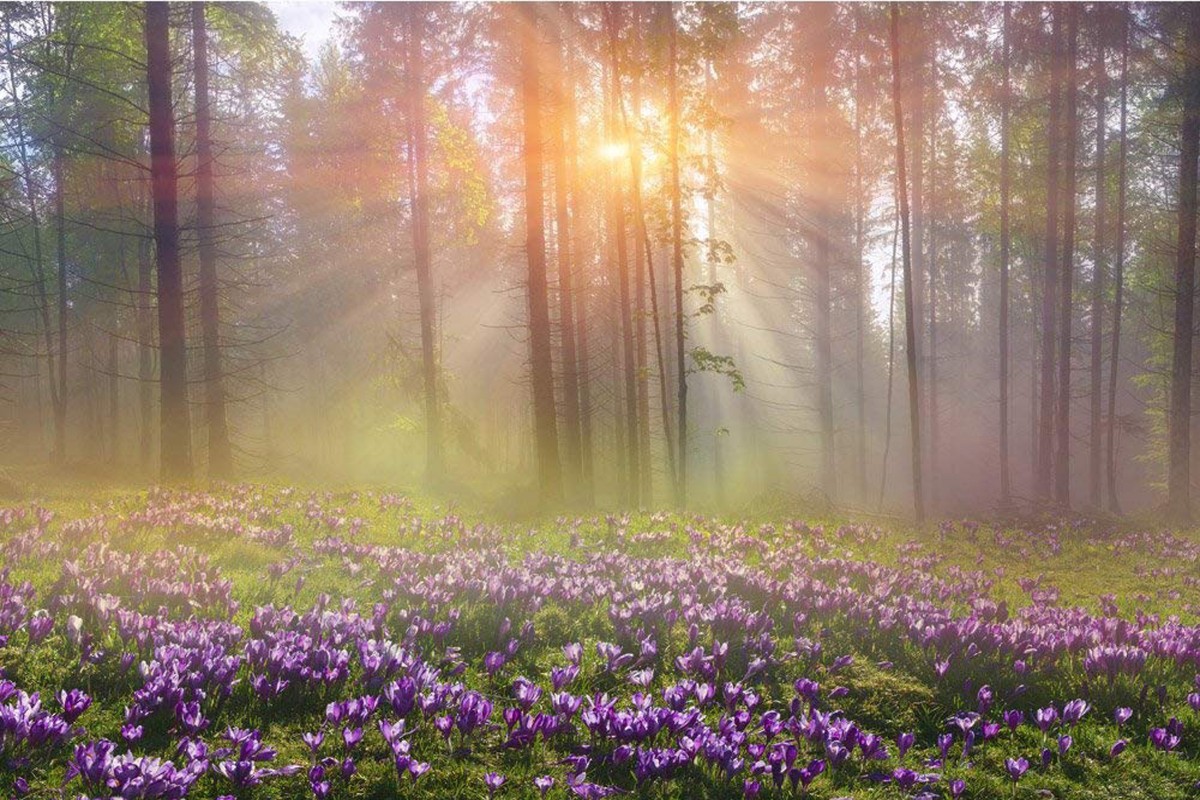 Spring ephemerals used to be common in deciduous forests where they could take advantage of sunlight and longer days before the tree canopy emerged. With woodlands being swallowed up by urban sprawl and agricultural use, the blankets of spring ephemerals that used to cover the ground and feed the early pollinators are quickly disappearing. Fortunately, gardeners are recognizing the delicate beauty and environmental importance of spring ephemerals and adding them to their list of “must-have” plants. 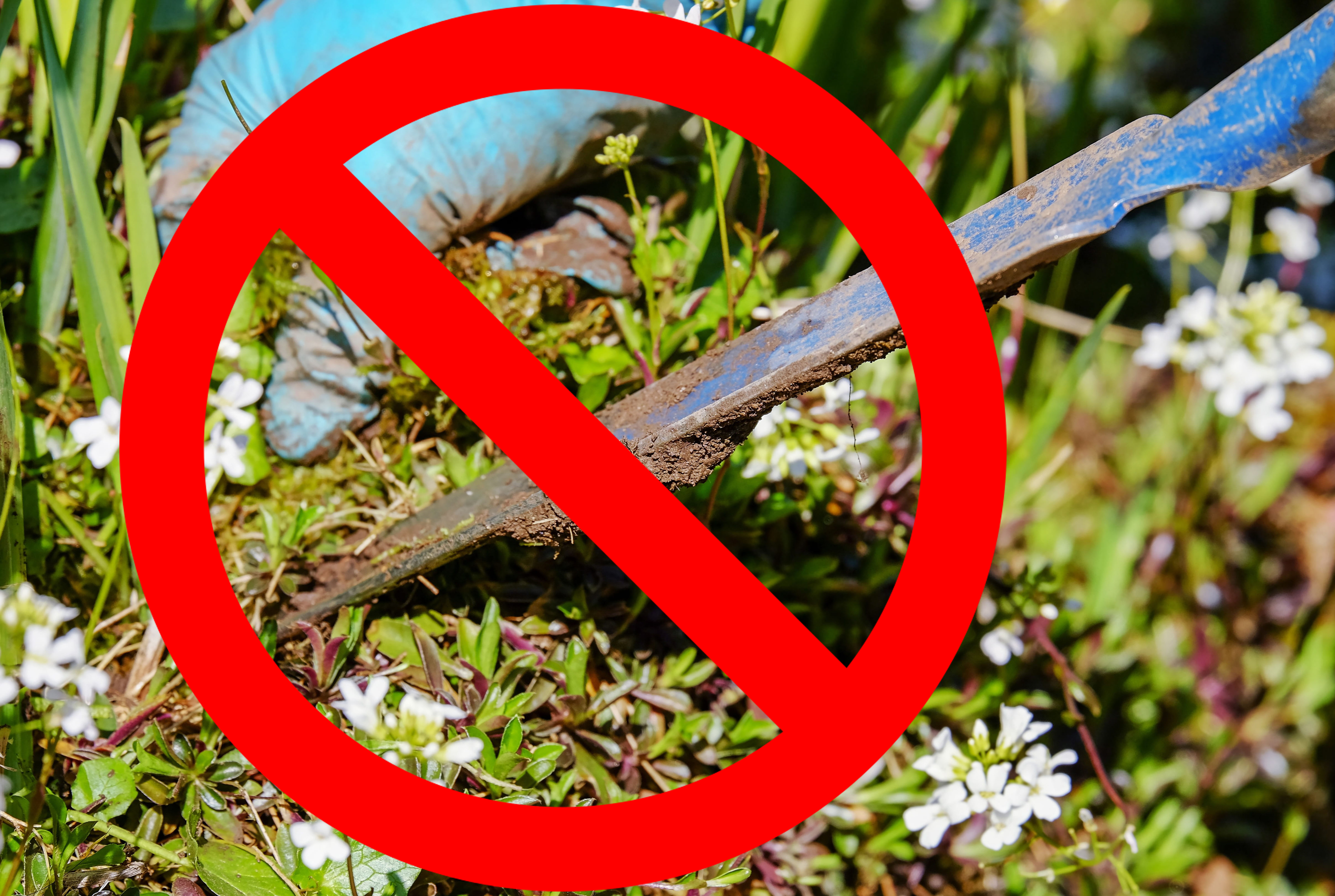 Those wanting spring ephemerals should check with their local native plant nurseries. Here in the Midwest, the Grow Native website (https://grownative.org/resource-guide/plants/)  is an excellent resource for finding locally sourced plant material.

Most spring ephemerals benefit from planting in late August and early September while the soil is still warm. This gives the root systems enough time to become established before the cold weather begins. Because they have a stronger root system, fall planted ephemerals usually bloom well during their first spring season.

Since they are woodland plants, spring ephemerals prefer leaves as mulch. Accumulations of leaf litter eventually result in the rich, humusy soil that is reminiscent of their native environment, the forest floor. Piles of leaves also act as protection for insects, especially ants, that disperse ephemeral seeds by carrying them just a few feet away from the original plants. Unlike so many other natives, ephemeral seeds are not carried by wind or birds, so the scattering of seed by ants is crucial to their survival. 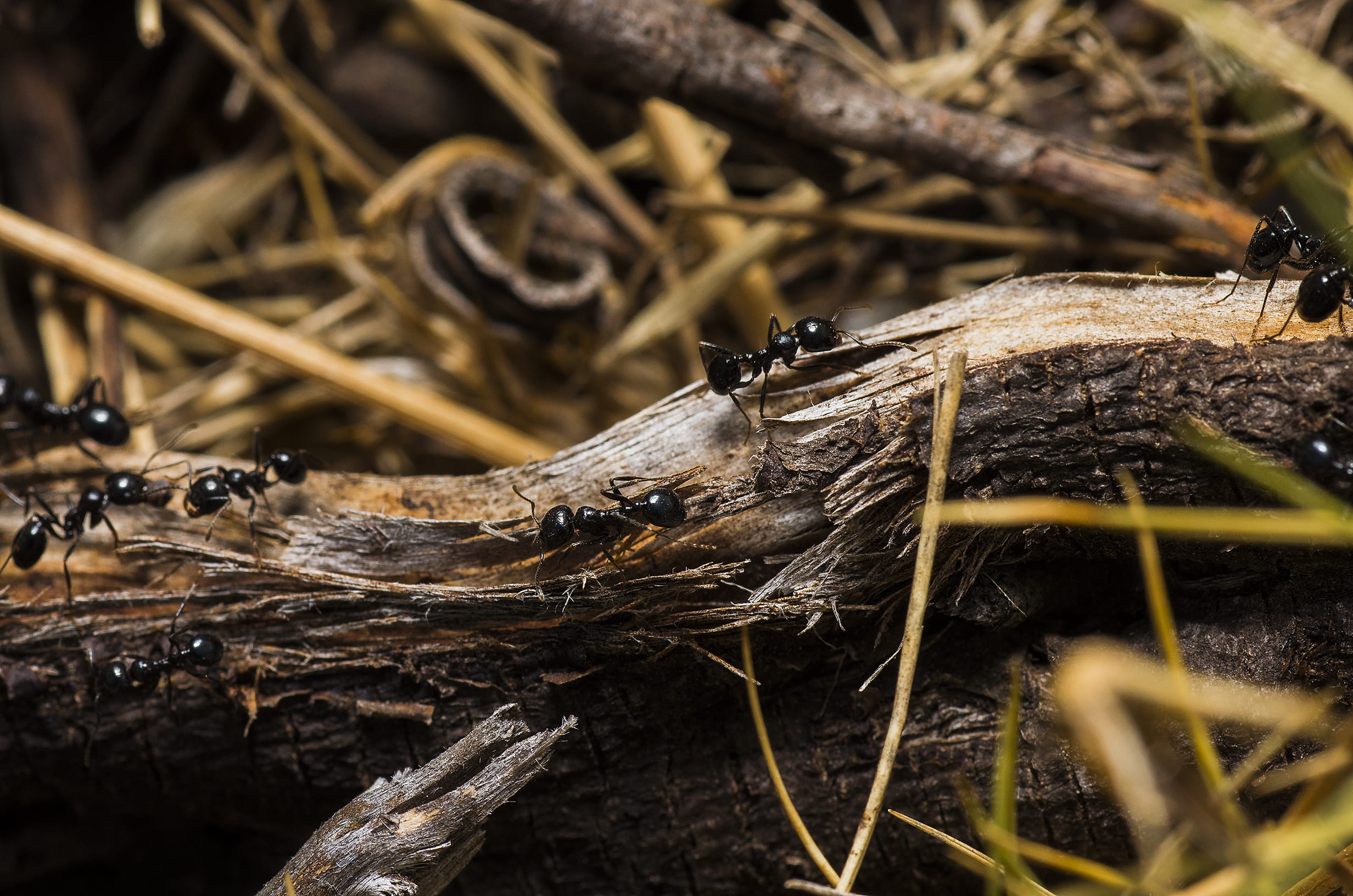 For the earliest and most consistent blooming, plant your ephemerals where they will receive a few hours of early spring sunlight every day. Planting near or under stands of deciduous trees is ideal for these woodland plants, giving them the dappled sunlight they prefer. 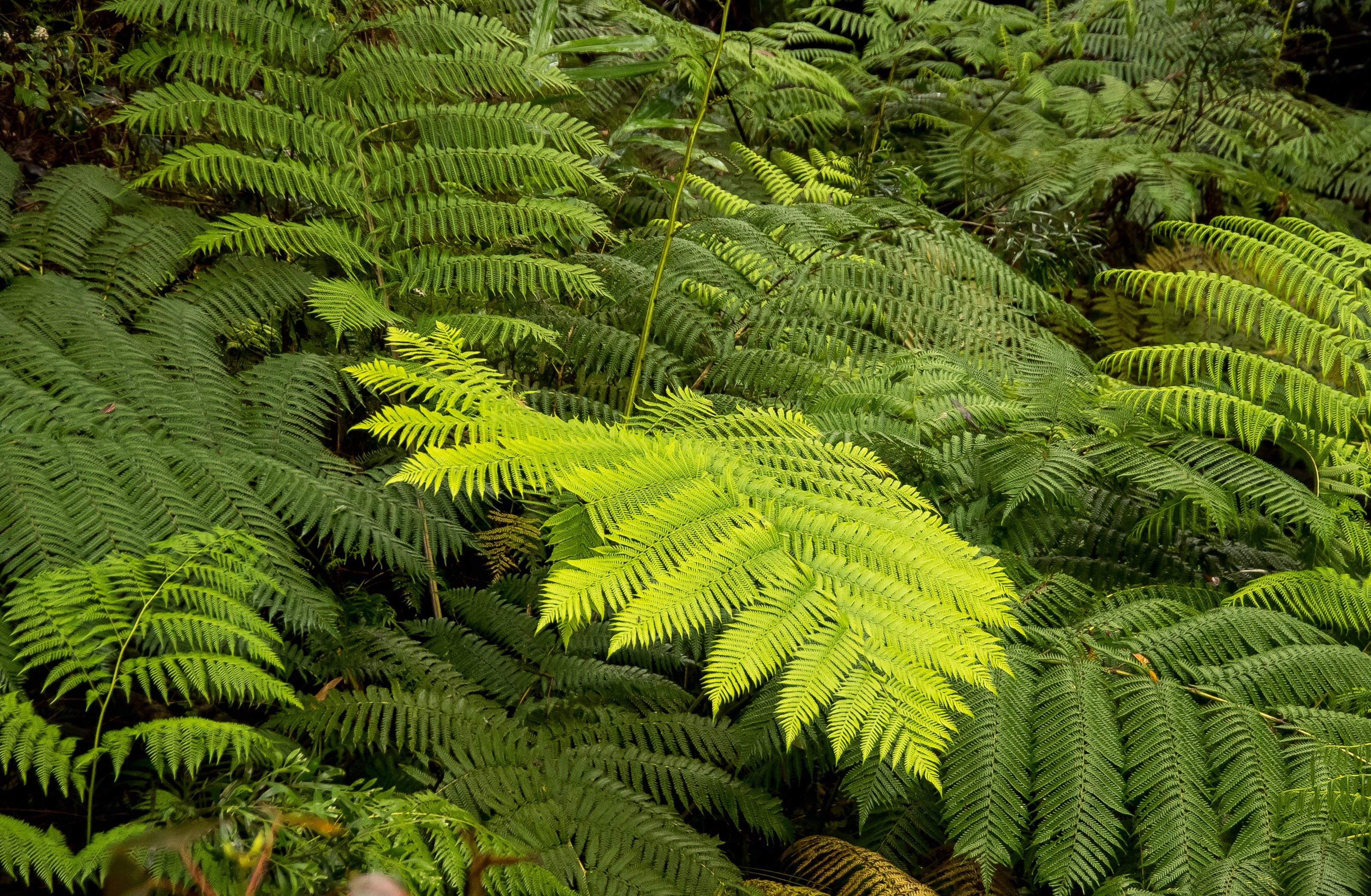 Beds on the north sides of buildings however, are not  recommended because the soil usually remains too cold and the amount of sunlight is uncertain. Companion planting with shade perennials or shade- loving summer bloomers helps to hide withering stems and leaves and controls weeds that could easily overtake the fairly shallow rooted ephemerals. Ferns or wild ginger are both attractive and easy to care for companion plants.

For those interested in adding ephemerals to the garden, here are five Midwest favorites. 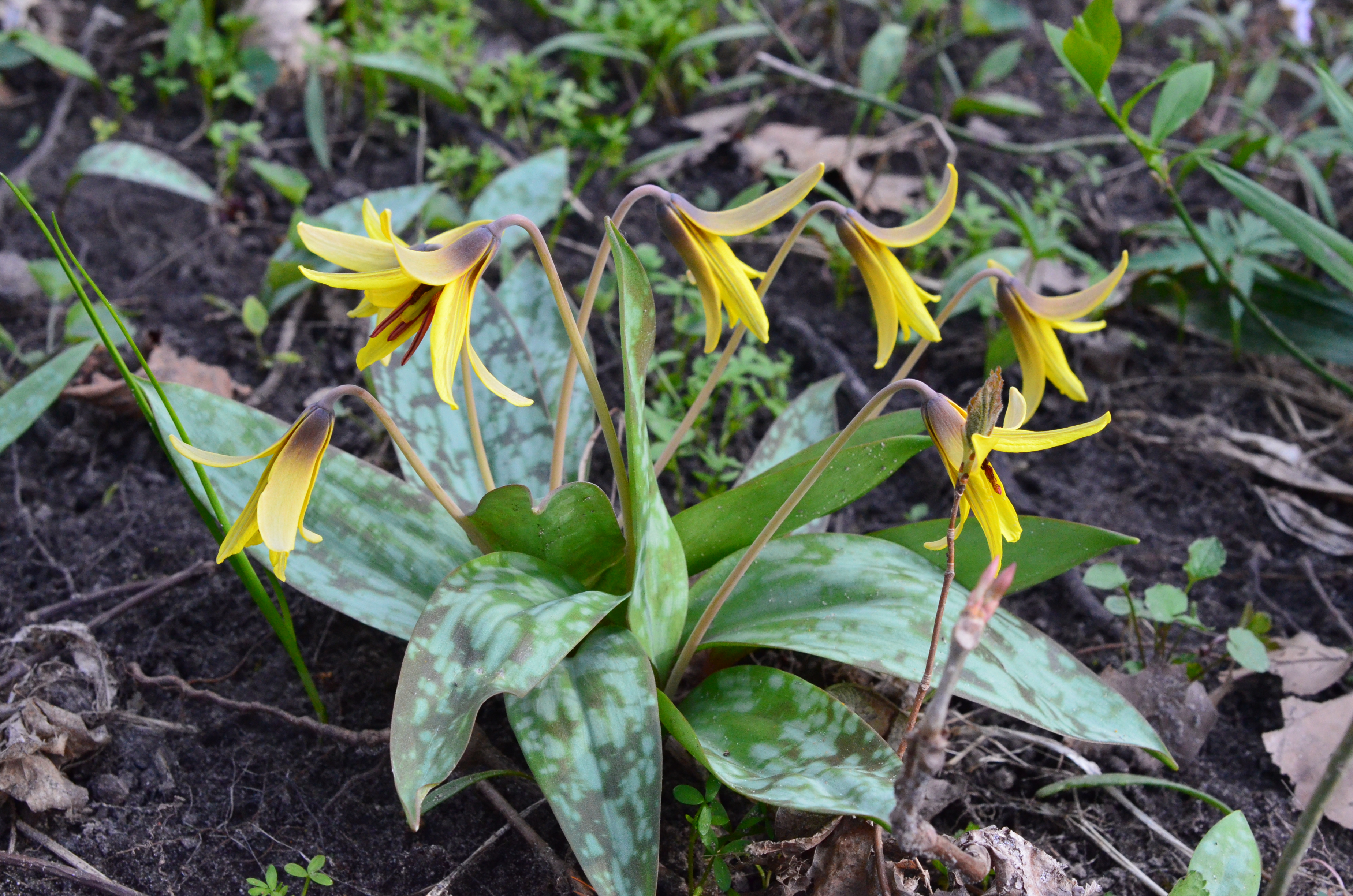 Also known as Yellow Adder’s Tongue, this tiny April bloomer features a single, bell-shaped yellow flower perched above two narrow brown and purple spotted leaves. Standing only 4 to 6 inches tall, it grows best in moist humusy soil. Trout Lily does not transplant well, so it’s best left undisturbed once planted. Native to the Eastern half of the United States, Trout Lily is hardy in zones 3 to 8. 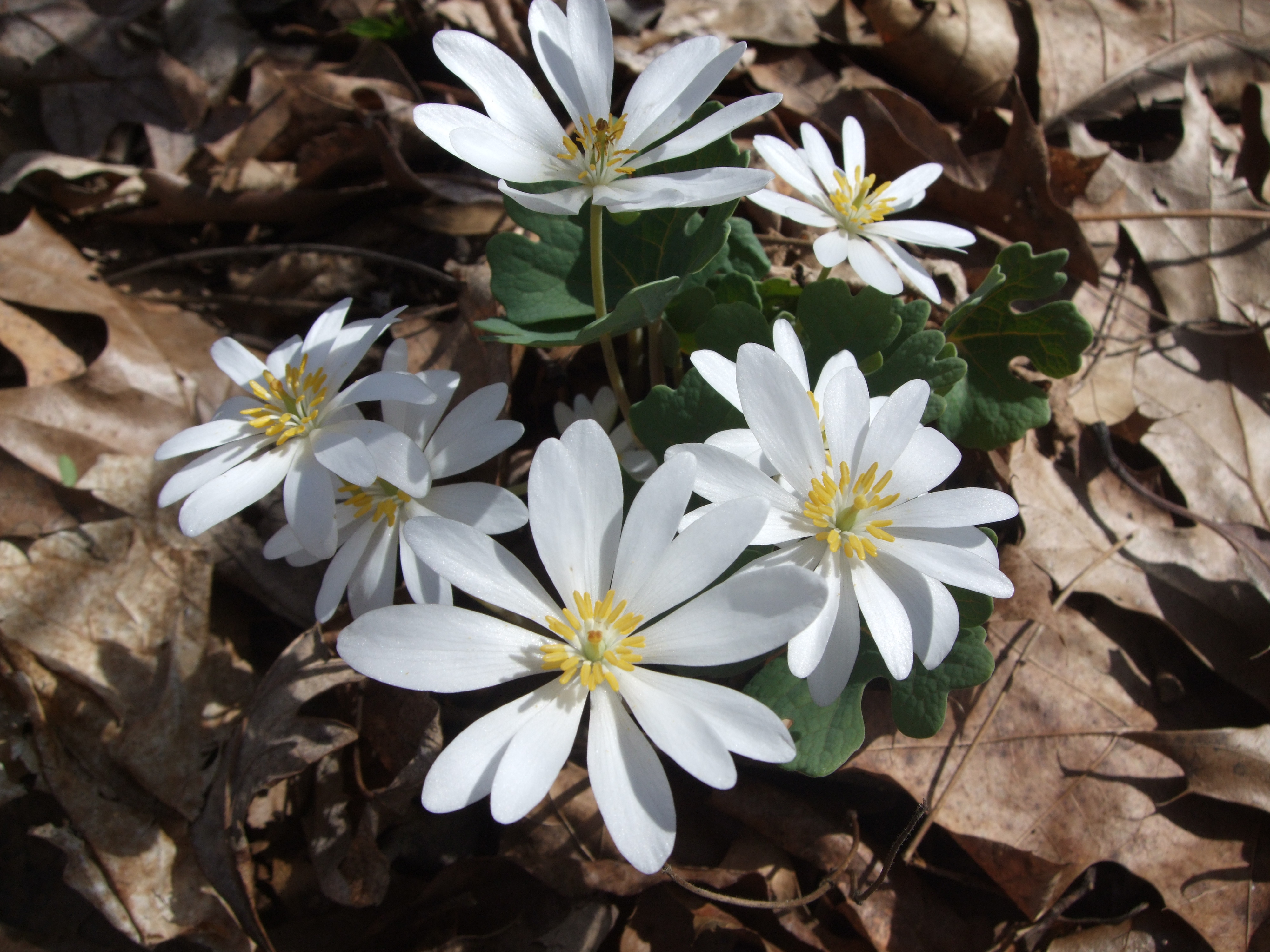 Gorgeous in massed beds, Bloodroot brightens the March landscape with its pure white blooms on top of a single 6 to 9 inch tall stalk. Each bloom only a day or two, opening in the sun but closing at nightfall. Unlike most ephemerals, Bloodroot foliage remains long after blooming has stopped, sometimes until mid or late summer. When the leaves, stems or rhizomes of Bloodroot are cut, drops of a reddish sap which can be used as a natural dye appear.  Native to Eastern and central North America, Bloodroot is hardy in zones 3 to 8. 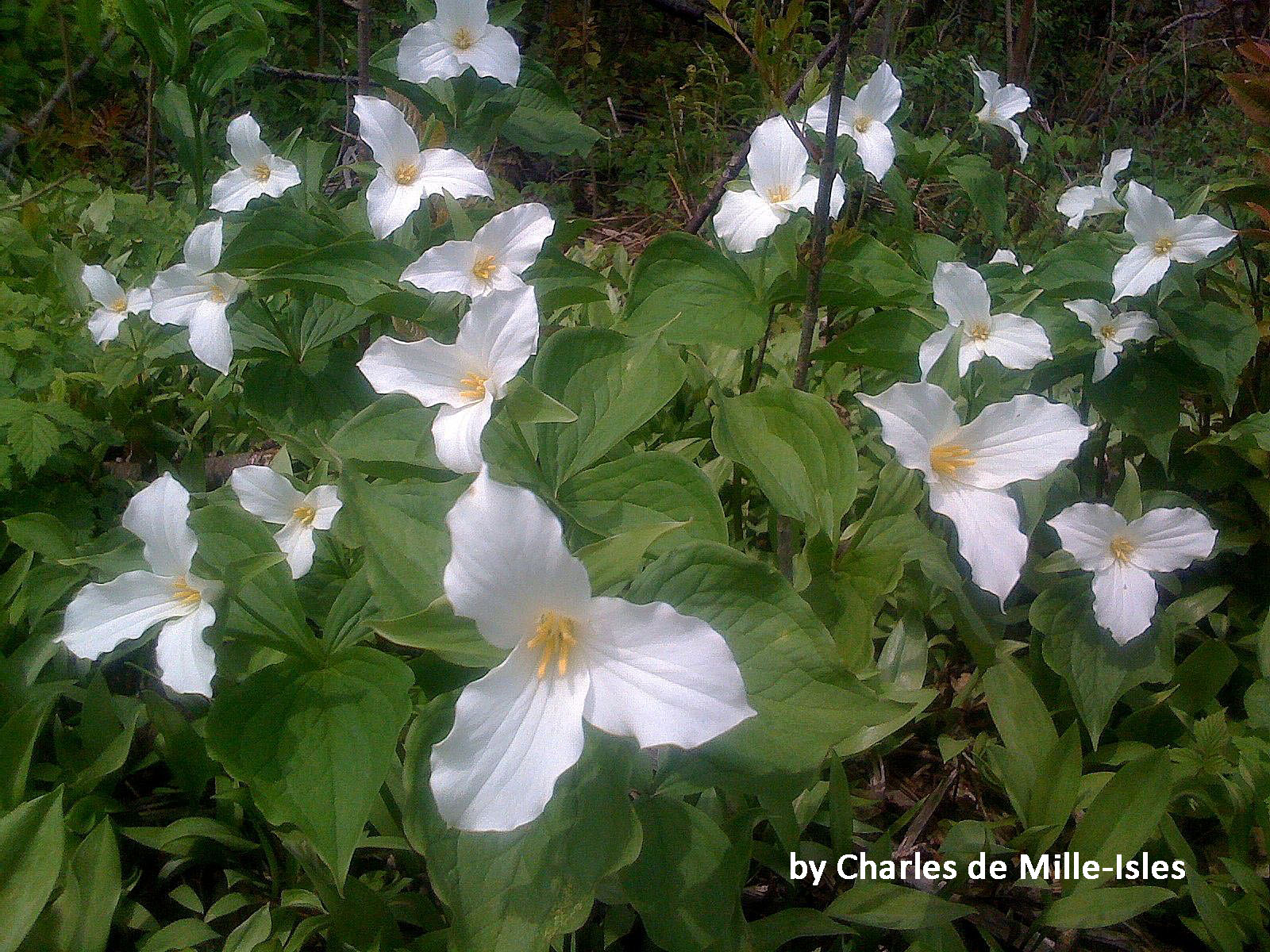 This three petaled white flower is one of the most familiar of the spring ephemerals. With sturdy stems, reaching a foot to a foot and one half in height, White Trilliums bloom from April to June, depending on the temperatures and moisture levels. Although they prefer moderately moist, rich soil, White Trilliums are slow to spread and need to be left undisturbed once planted. Native to Eastern North America, White Trilliums are hardy in zones 4 to 8. 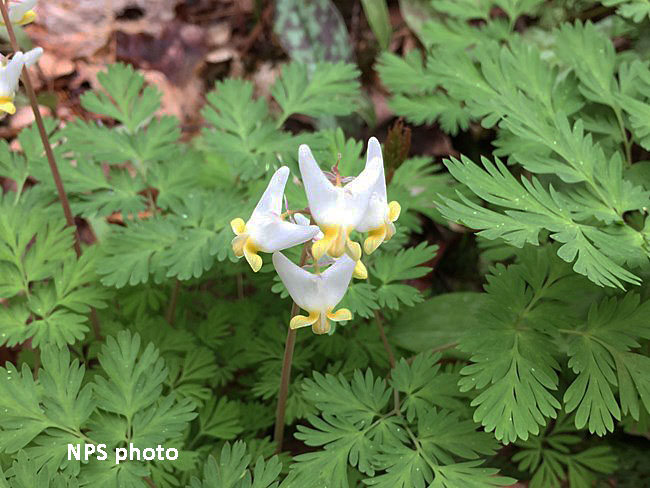 Described as pantaloons hung outside to dry, the blooms of Dutchman's Breeches are among the most unique of the spring ephemerals. Fragrant, creamy white flowers appear in early March rise above 12 inch mounds of fern-like grey-ish green foliage. Dutchman's Breeches needs moist but well-drained soil and cannot tolerate wet soil during the winter. Native to Eastern North America, Dutchman’s Breeches are hardy in zones 3 to 7. 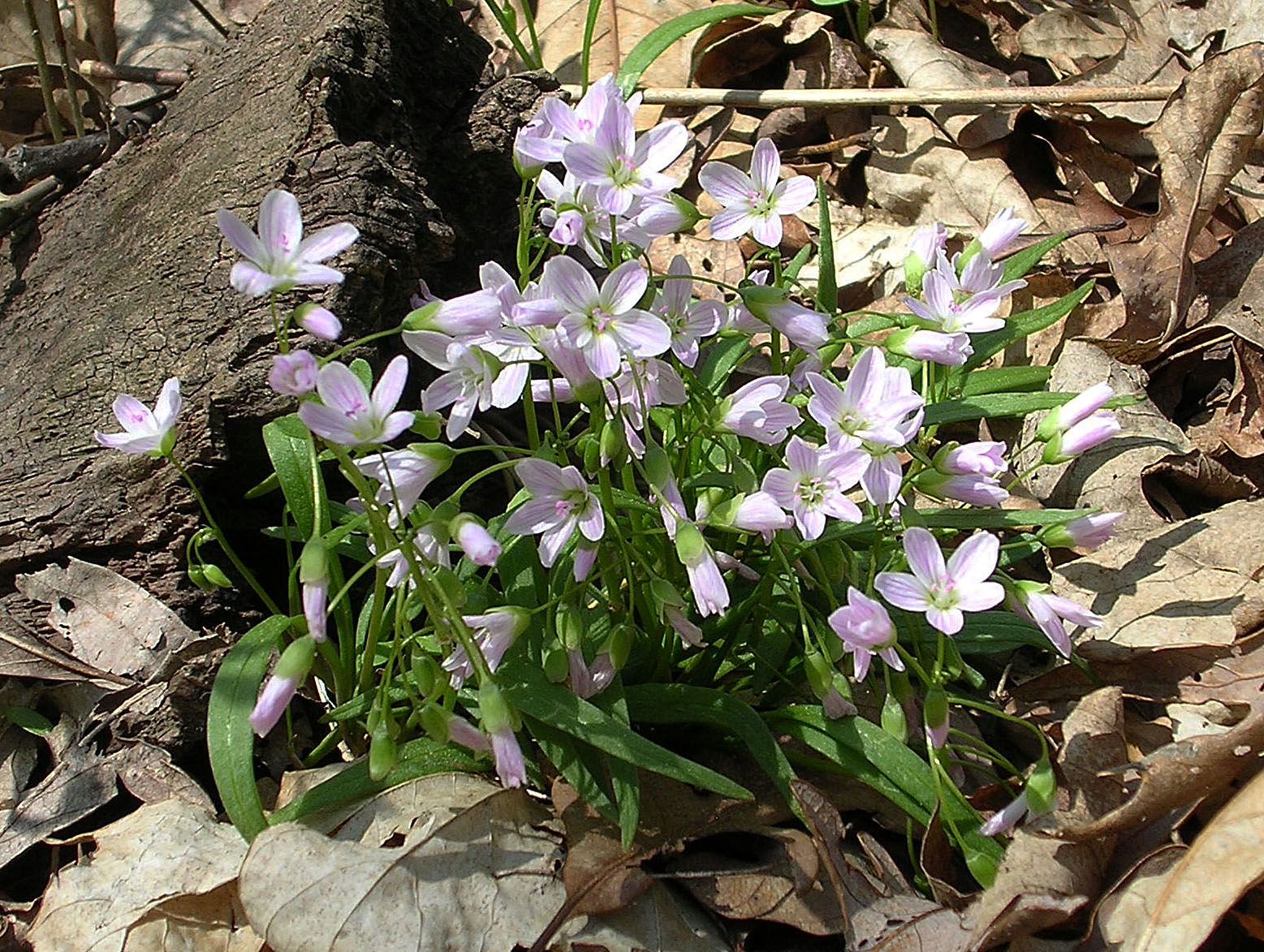 Often the first to bloom, Spring Beauties showcase delicate white to pink blooms atop of thin, wiry stems. Reaching a maximum of 9 inches in height before going into dormancy, these low growing plants are exclusively pollinated by a tiny native bee. They naturalize easily in moderately moist, well-drained soil Native to Eastern North America, Spring Beauties are hardy in zones 3 to 8.