Orchids Are The New Succulents!

Three weeks ago I went to the grocery store to pick up my week’s fresh produce. Instead of the  usual carrots and cucumbers, I came home with the most exquisite lavender orchid I had ever seen. Since then, four more beauties have come to grace my home; 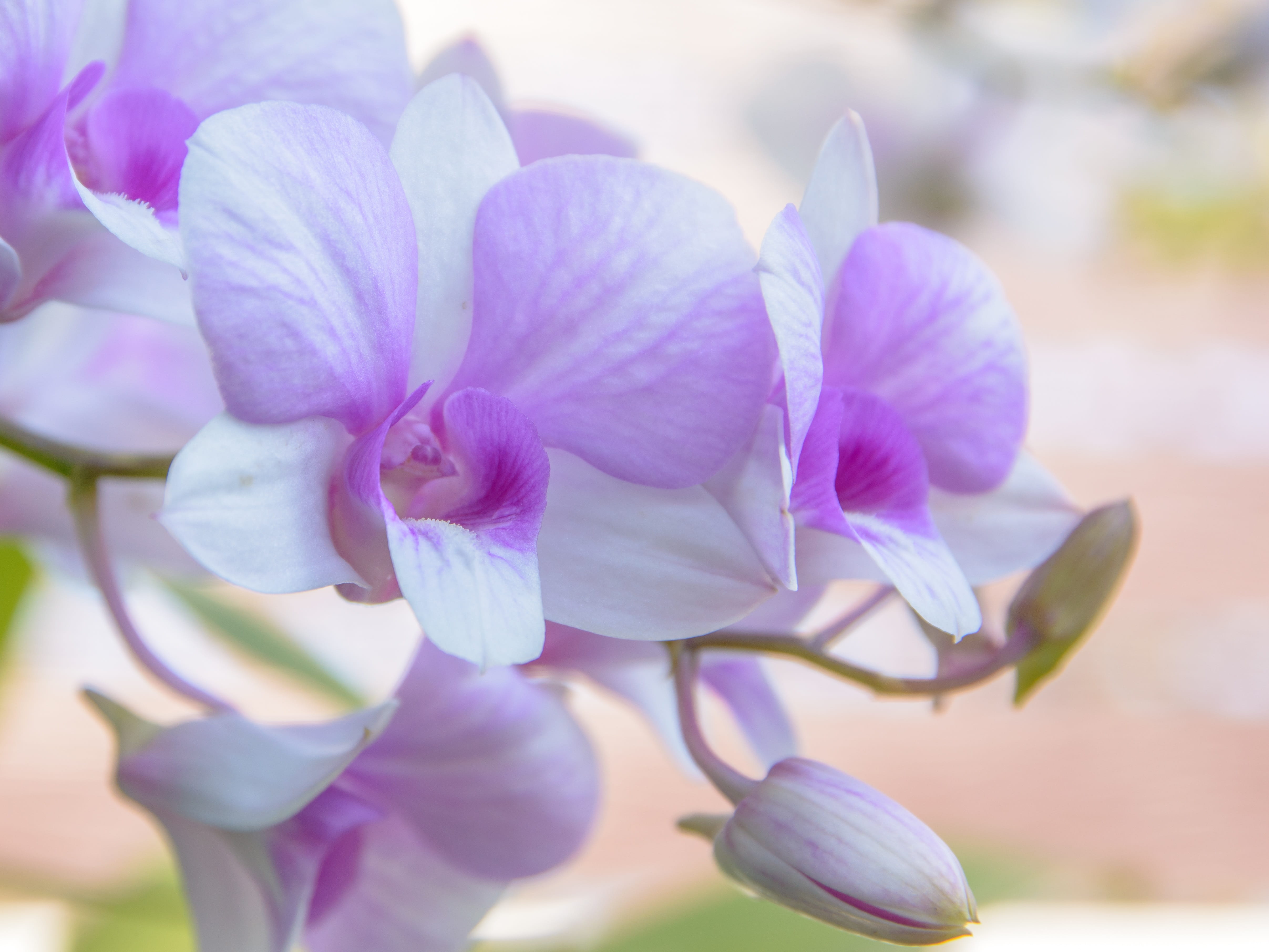 I am convinced, orchids are my new succulents!

I have always been reluctant to try orchids, figuring they needed a more intricate environment and more meticulous care than I was willing to give. As it turns out, I was wrong – and I was right. There is an orchid variety for every level of expertise. Some are quite content to sit next to a window and be admired, while others demand to live in a climate controlled greenhouse and have constant attention showered on them.

According to the experts at Kew Gardens in London, there are over 26,000 identified species of orchids, native to every continent except Antarctica. (Here in North America, we have 200 native varieties of orchids; Missouri claims 30 of those varieties.) 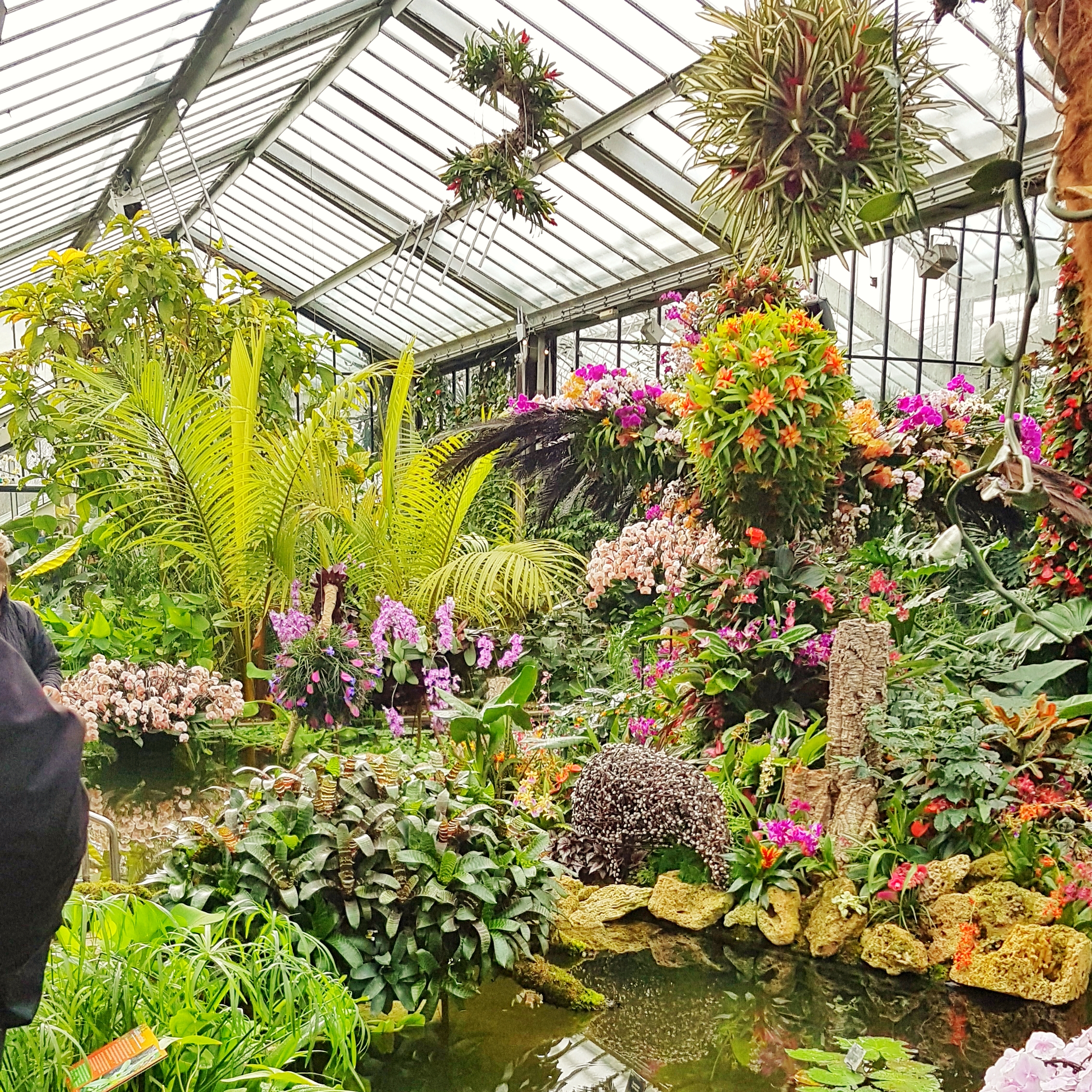 The orchid family, Orchidacae, accounts   for 9% of the world’s plant   biodiversity, and unfortunately, like so   many of our native plant, animal and   insect families, is facing a myriad of   climate, habitat and human related   problems. Several varieties are at risk  of extinction.

Orchid “mania” is not a new phenomenon. It burst on the scene in the 1890s, when London auctioneers offered a collection of Princess Alexandra’s oncidium for sale. The response was so enthusiastic (and lucrative) that hordes of orchid hunters set out across the globe to fulfill collector’s desires for any new, exotic varieties they could find. In their quests for novel specimens however, many of the hunters and their treasured plants lost their lives.

Today, while some orchid hunters still pull native varieties from the wild, most orchids are available because of the efforts of reputable breeders and growers. As of 2020, the international body responsible for naming orchids noted that there were more than 70,000 registered crossbred orchids, all designed to appeal to the modern marketplace. 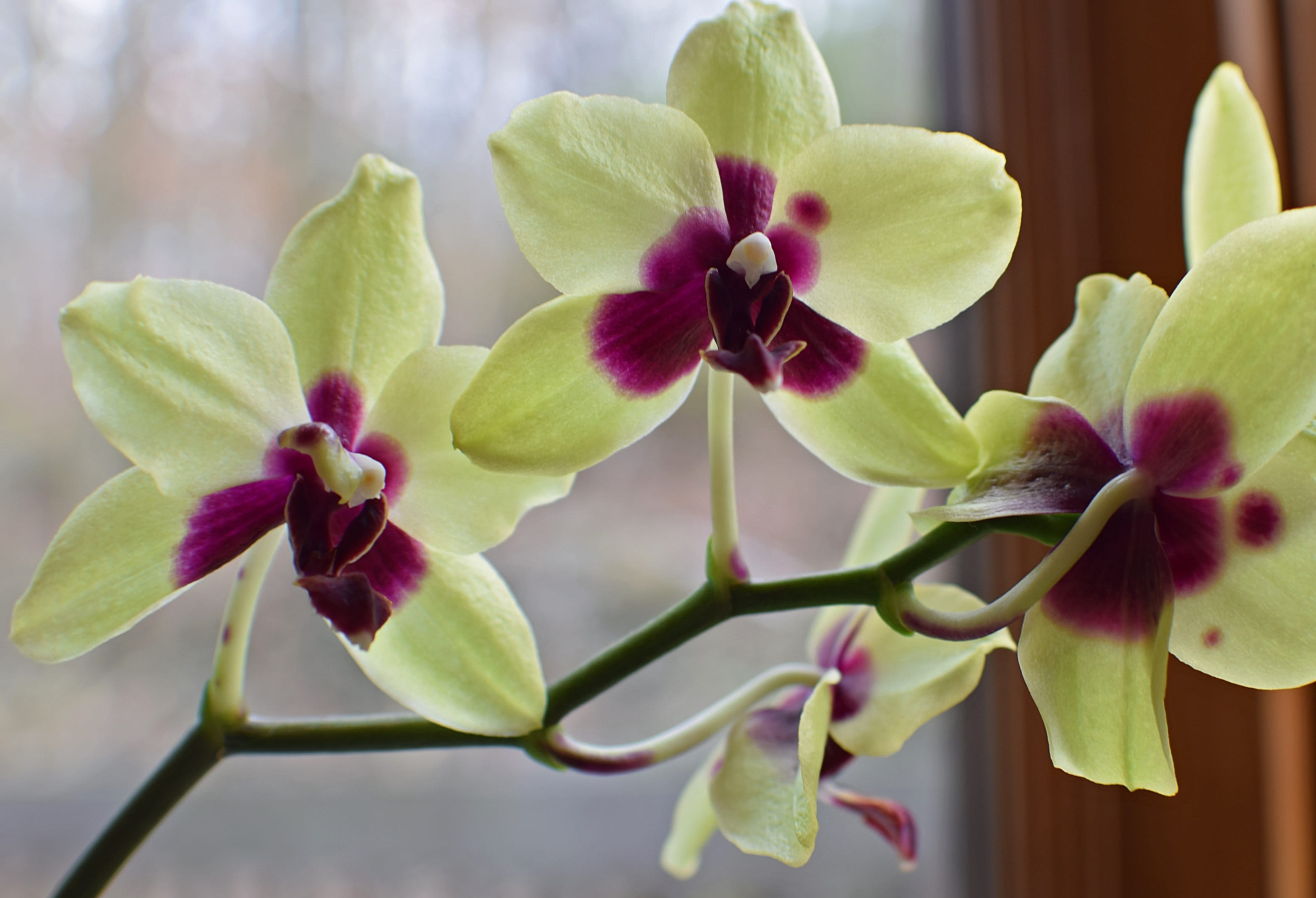 “Windowsill orchids,” as they are known in the trade, are those varieties that are tolerant of a wide range of temperatures and light, are vigorous in the typical home environment and don’t need a great deal of coddling. They tend to be good choices for a newcomer to the world of orchid growing. That being said, even these windowsill orchids do seem to have a few general quirks that need to be addressed.

Orchids are not big drinkers! 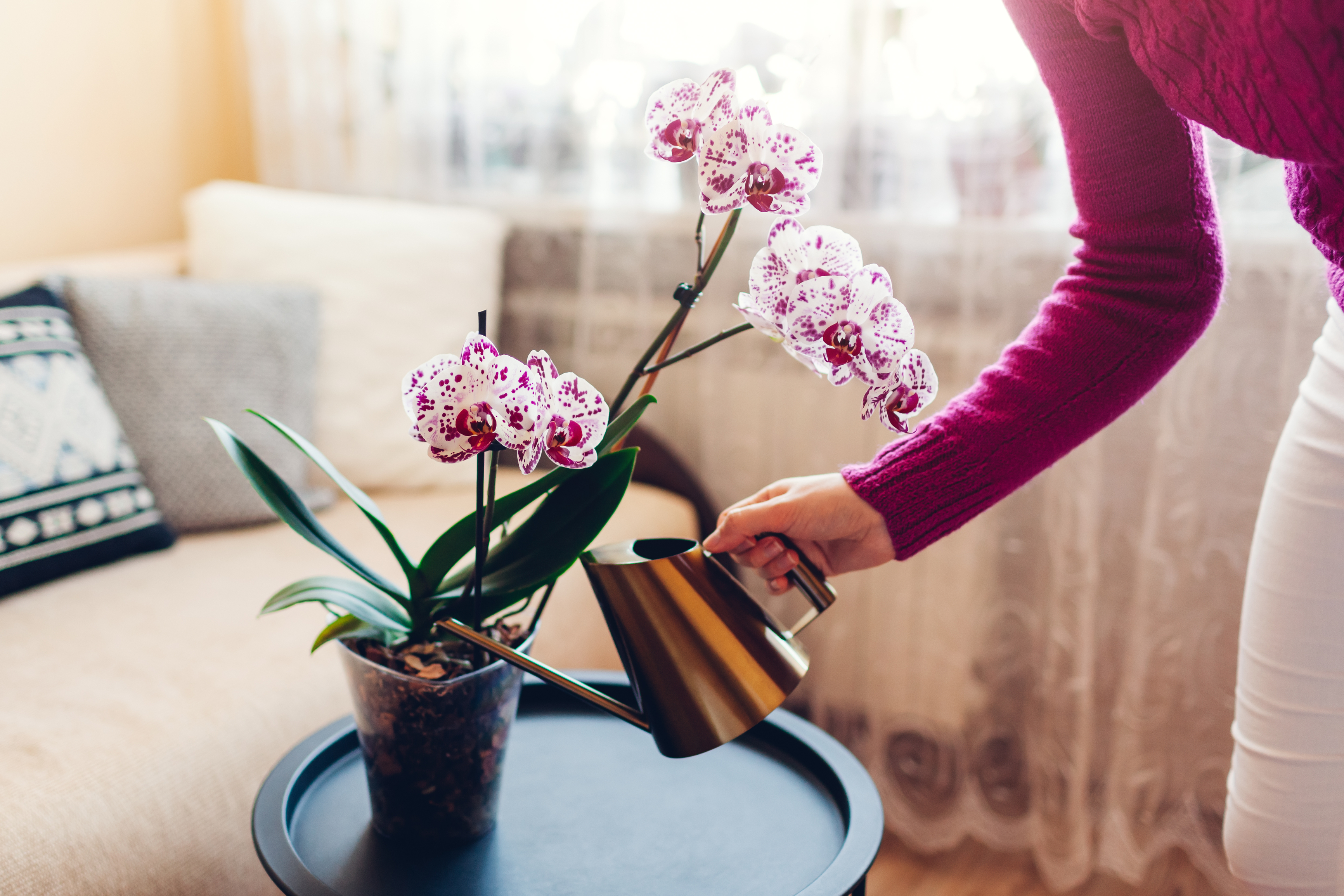 More orchids are killed by overwatering than by underwatering. Check the potting mix before you water. If it feels wet, then the plant has plenty of water. If you’ve forgotten when you last watered, wait one more day, then water. 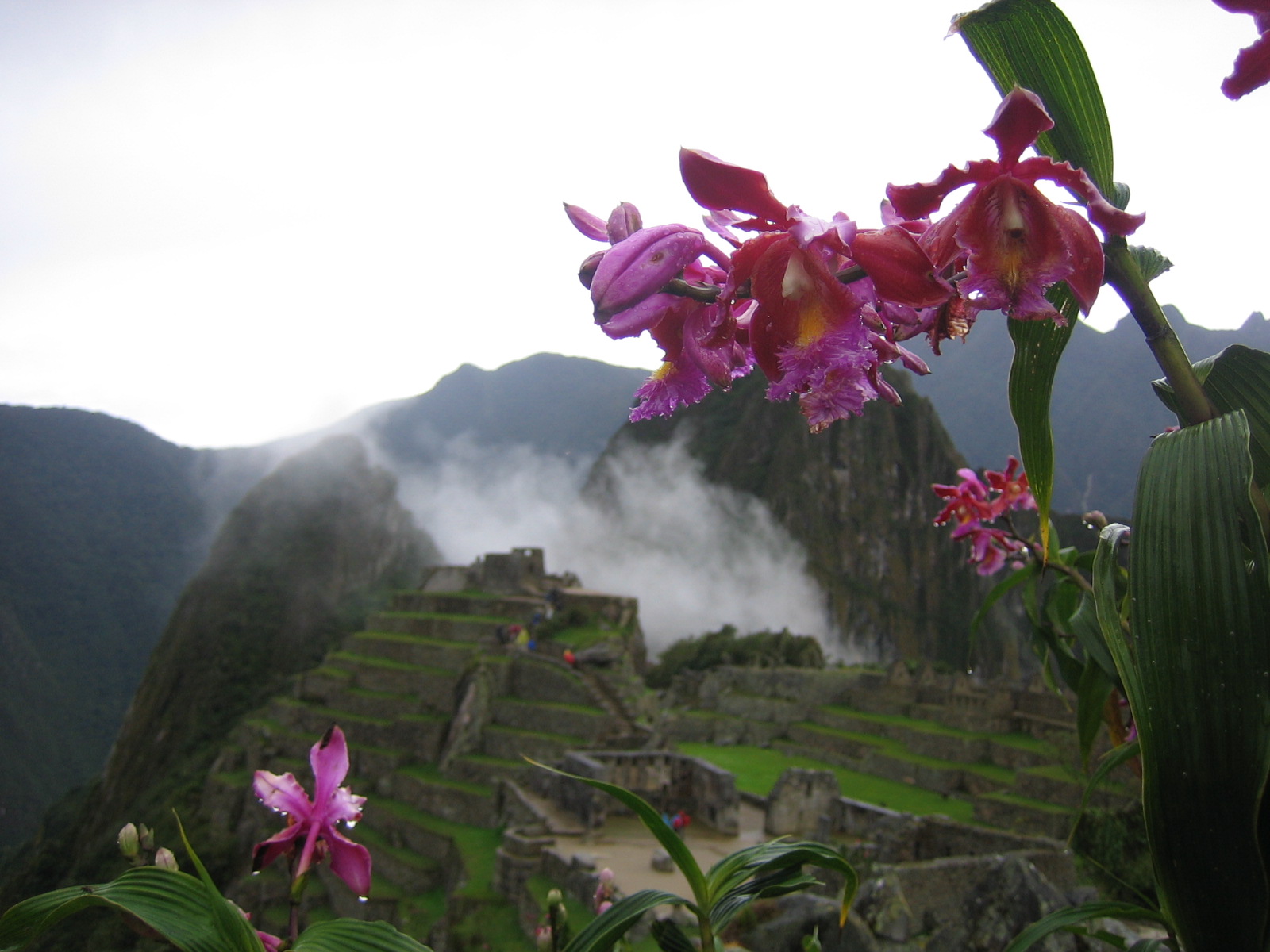 The idea of adding ice cubes to the pot as a watering device is a great way to control the amount and pace of watering EXCEPT for the fact that windowsill orchids are tropical plants. They want room temperature water.

Orchids just want to be cozy! 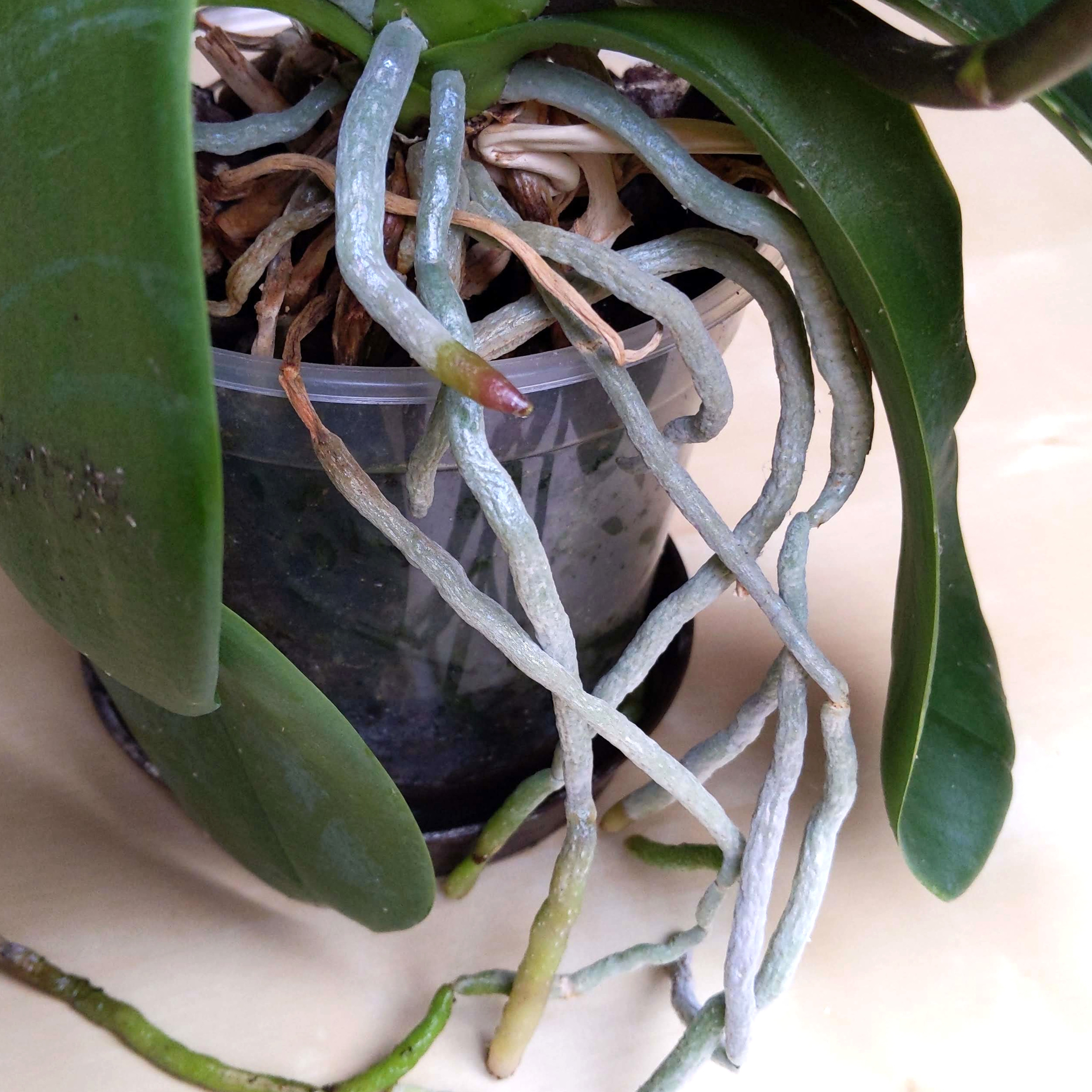 There is absolutely no need to repot your beautiful new plant. The pot that the orchid was sold in is exactly the right size. When roots are dangling outside the pot, then it is time to learn how to repot an orchid. Don't dive in without researching first. 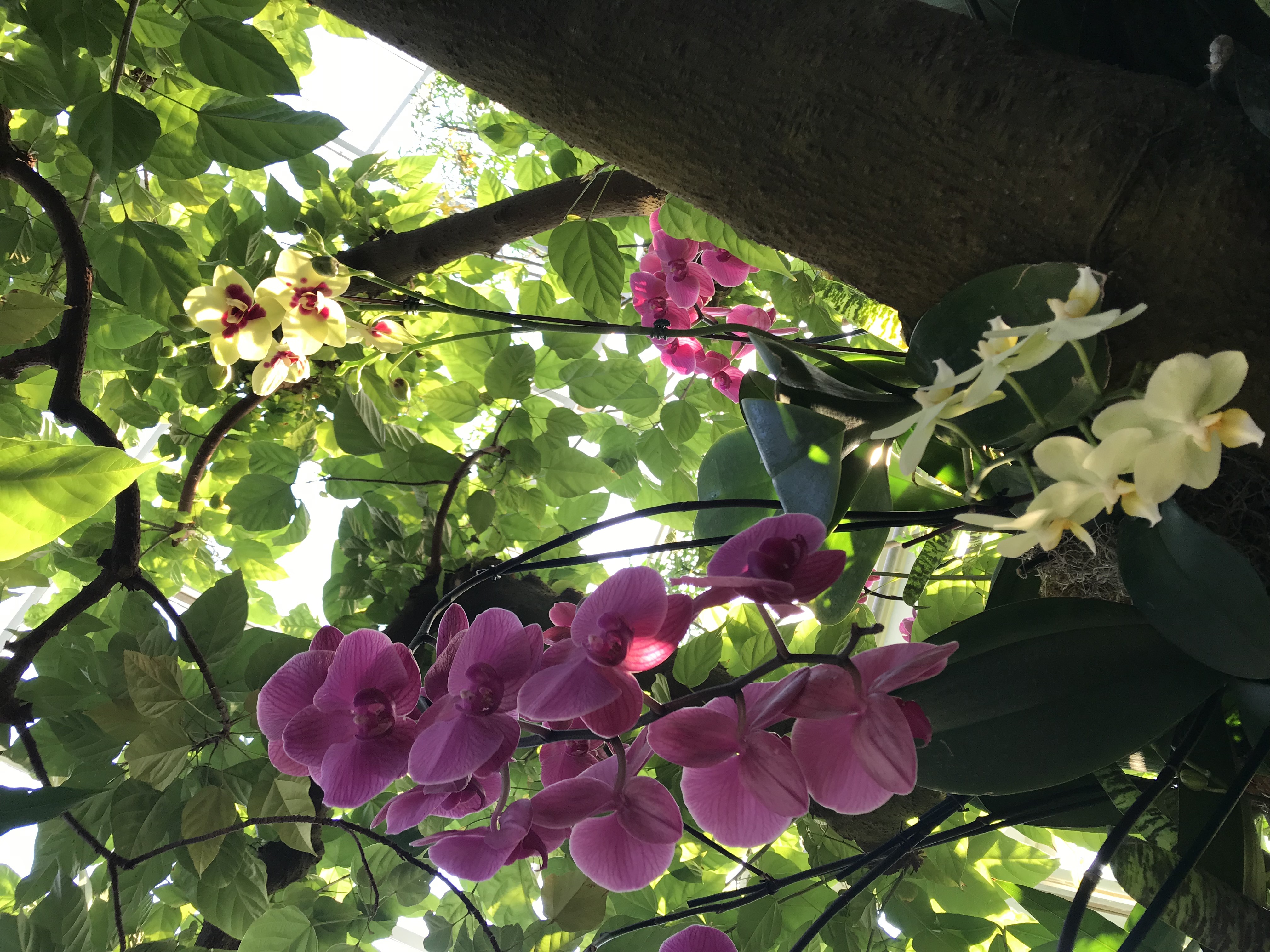 Orchids are epiphytes, which means that they grow on another plant, but are not parasitic. In their native environments, they grow on trees, not in the ground. Orchids should always be potted in an orchid growing medium which contains a high percentage of bark.

Orchids are not isolationists! 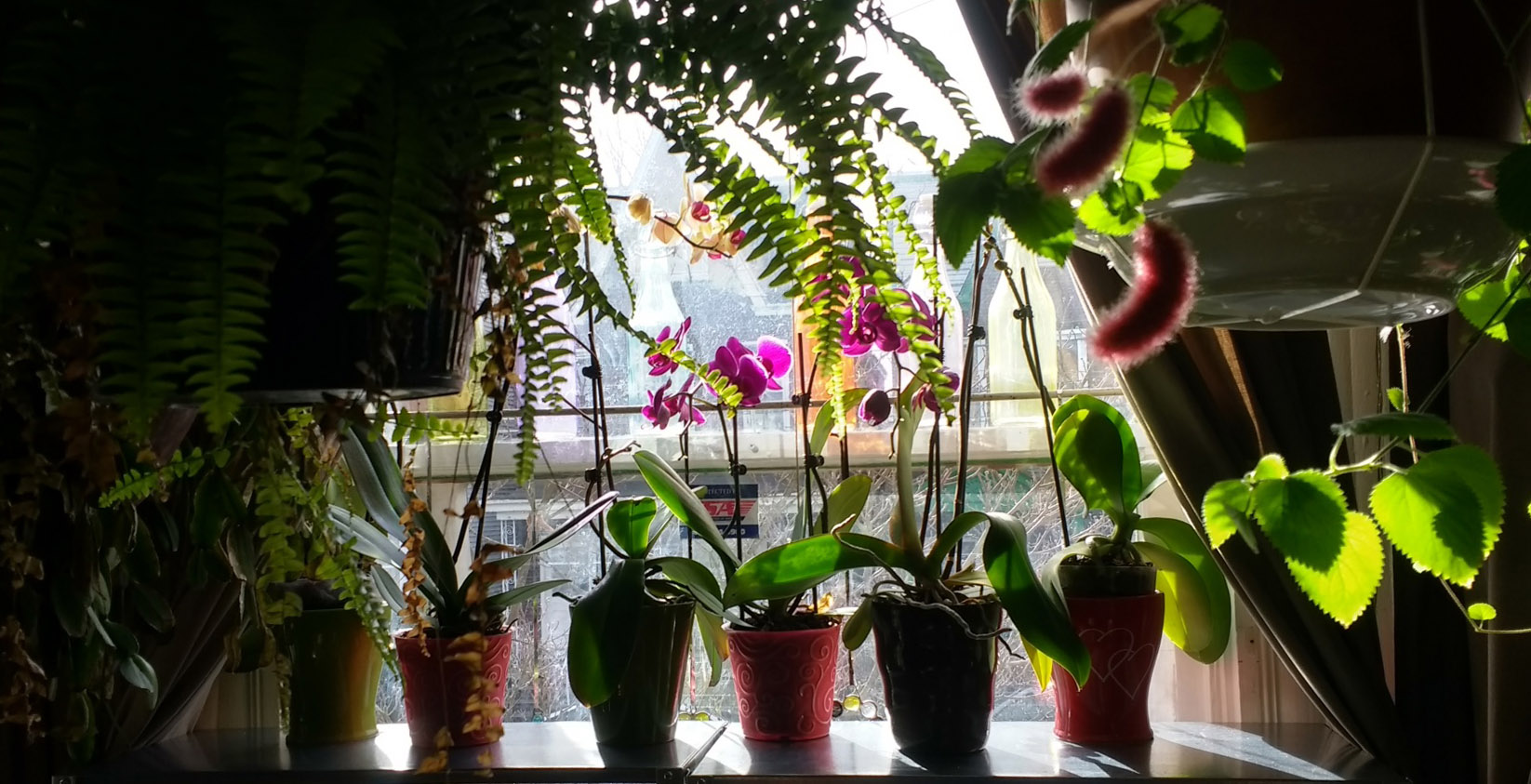 Since most windowsill orchids are tropical plants, they prefer a humid environment. Although pebble trays can help increase the humidity levels immediately surrounding the plant, placing orchids within a community of other tropical plants is helpful for all of them. Transpiration from all of the leaves and stems adds more moisture to the local humidity than a single plant in a single tray. 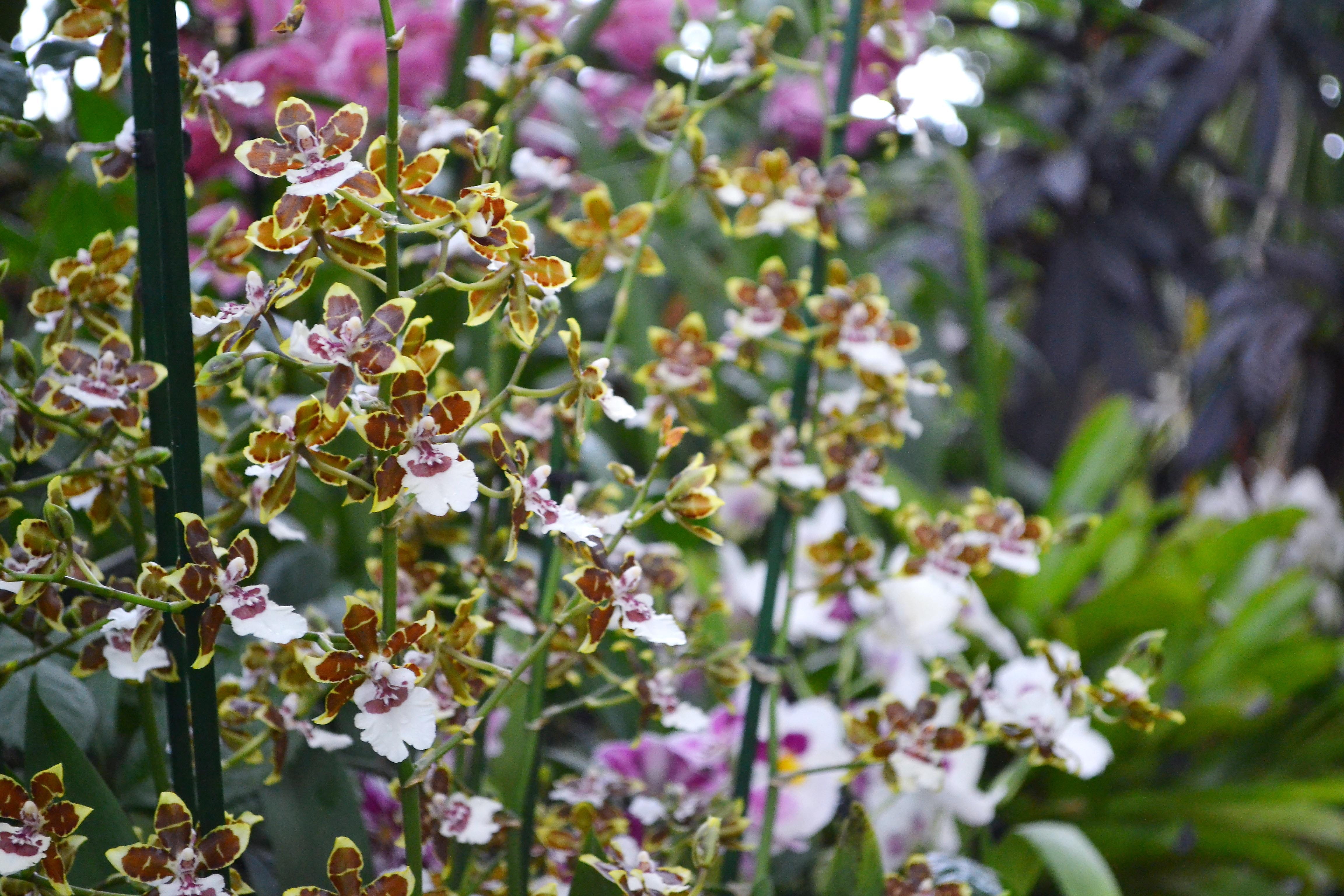 Given the right environmental conditions, orchids will hold their blooms for as long as six to eight weeks and can rebloom year after year. Some have been known to live and bloom for 25 years, but the average is about a decade.

Because of the wildly successful hybridization of orchids, there are literally dozens of species and subspecies available to today’s consumer. 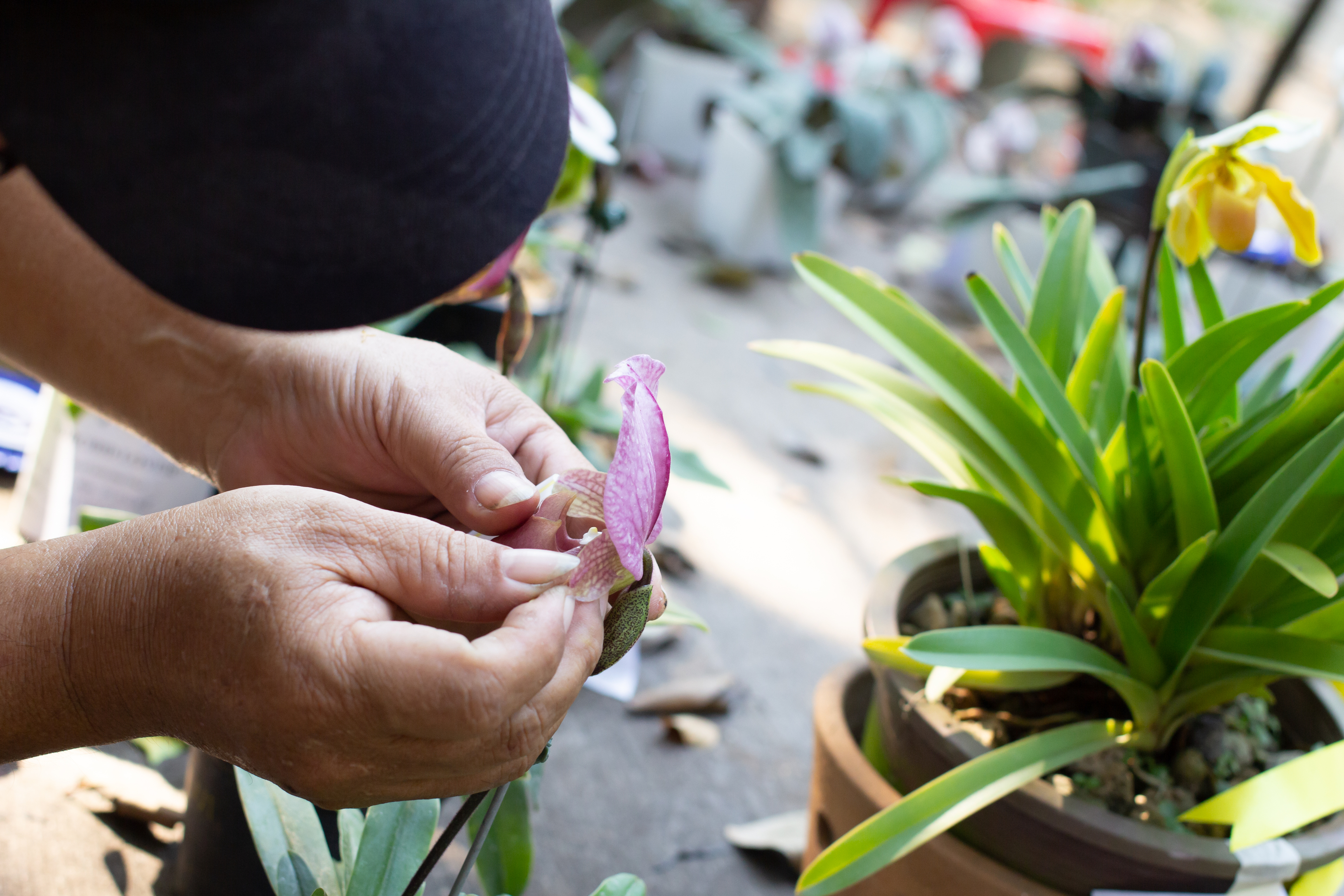 Four however, top the list as the most popular and most commonly recommended ones for novice orchid parents. They are: moth orchids, Phalaenopsis, miniature corsage orchids, Cattleya,  Princess Alexandra’s orchid Oncidium,  and the incredibly fragrant Pansy orchid, Miltonia.  Check out this power point for more information about each variety. Hit the back button to return to text.

Four anyone interested in learning more about orchids and their care, two books I highly recommend are:

The Kew Gardener's Guide To Growing Orchids by Philip Seaton and

Both books present a wealth of information in easily understood laymen's terms. They have become a valuable part of my library.  For excellent online information, the American Orchid Society also publishes culture sheets for dozens of orchid varieties. They can  be found at https://www.aos.org/.

Entering the world of orchids has been incredibly fascinating and just a little dangerous for me. Unfortunately, you are going to have to excuse me now. I must do some grocery shopping......I hear they have a new shipment of orchids coming in today.