I have a new favorite time of day. For years, the early morning hours, just as the sun was beginning to rise, was my magic hour. Everyone else was tucked in bed fast asleep; I could wander the yard at my own pace without feeling guilty that someone needed something from me RIGHT NOW.  Those hours kept my life in balance for years. 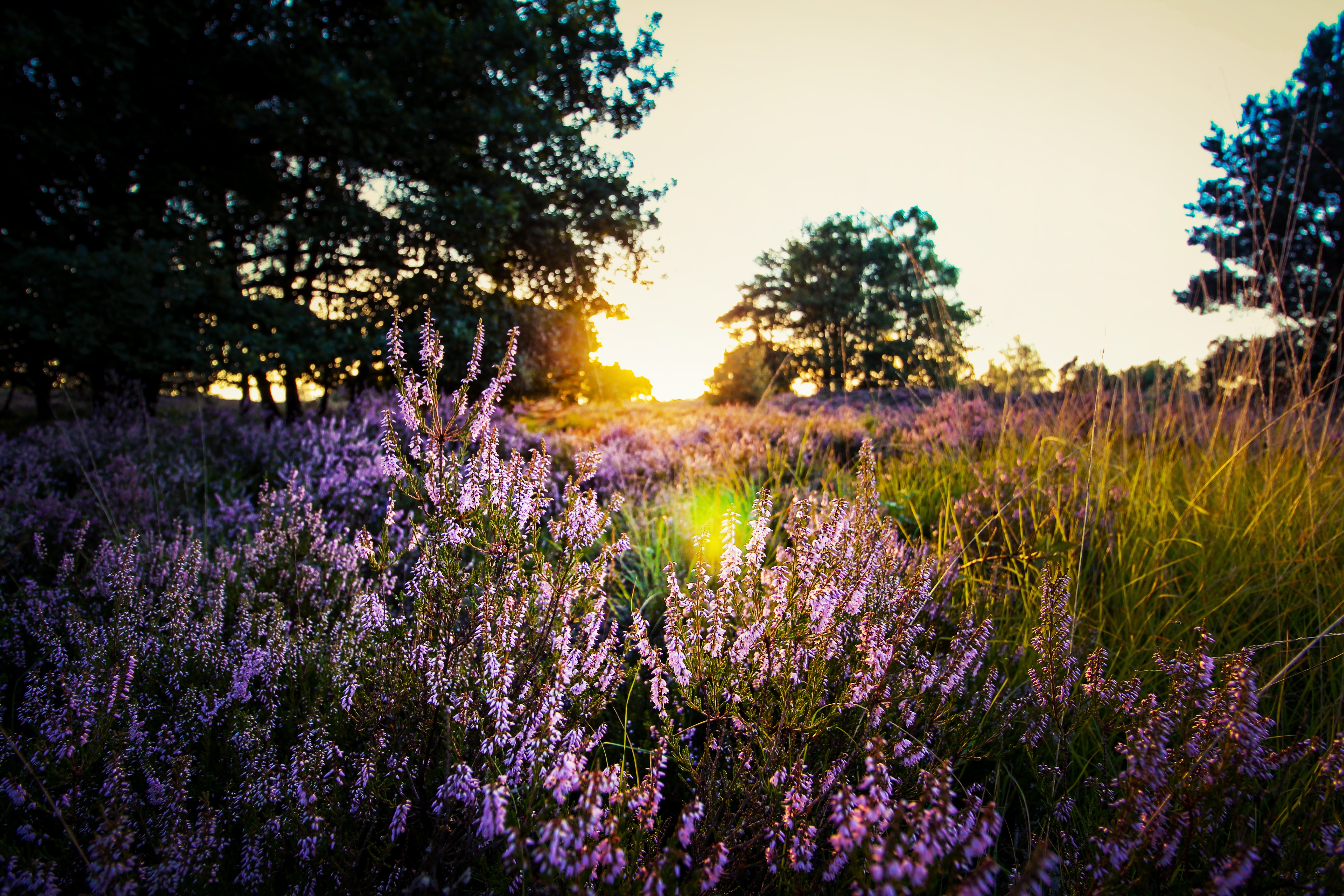 Although I still love my solitary mornings in the garden, dusk to the absolute darkness of nightfall has taken over as my new treasured time. Before, I thought of the night time as a either a scary time when danger lurked at every turn, (I imagined fierce creatures   — snakes, cougars, bats — stalking and ready to pounce.) or as a passive time when most activity, and anything truly interesting, stopped. Now, I’ve learned to sit quietly, to listen closely and to look carefully at the fascinating natural world that is bustling around me at night. 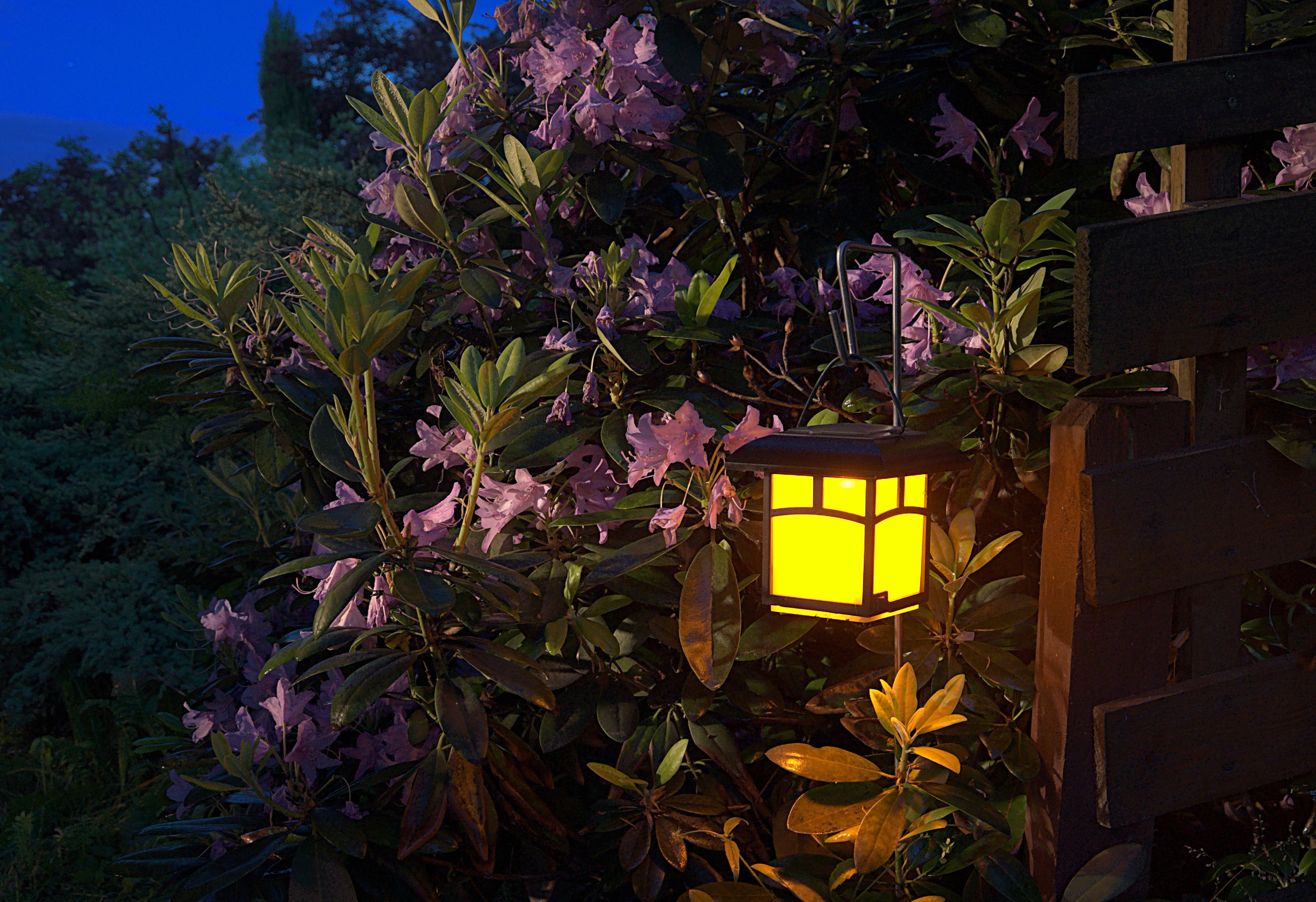 With a deep, quarry lake and a wooded area behind (and below) me, there is a plethora of familiar and sometimes frustrating urban dawn to dusk wildlife visitors. I have a multitude of deer, rabbits, and squirrels that seem to think my gardens are their buffets. I have one big, fat groundhog that has recently moved into my backyard. (He will be moving soon; he just doesn’t know it yet.)  A variety of butterflies and birds are constantly flitting about, adding dashes of color and sound to the landscape. It’s a busy, energetic place. 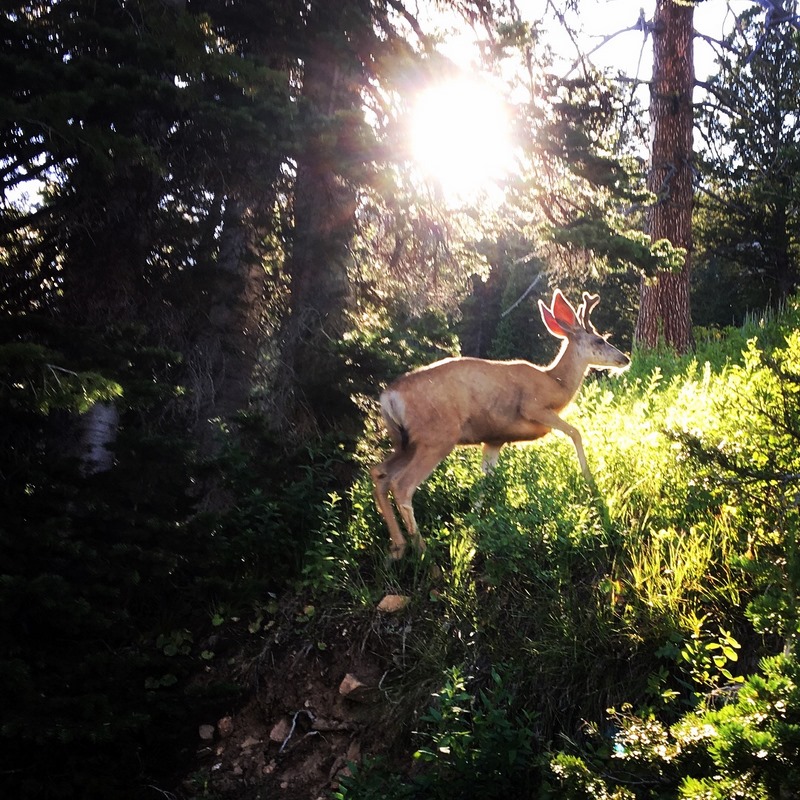 As day transitions to night however, the scene in the yard changes.The rabbits and squirrels tuck themselves into safe places for the night. Butterflies look for shelter among the branches of the shrubs and bushes along the fence line, while songbirds still their melodies as they return to their homes. Snakes that hung out among the rocks hiding from the brutal summer sun during the day, slither off to hunt their unsuspecting prey and enjoy a good meal. Gradually, the daytime visitors are replaced by the night time guests and a different atmosphere settles over the yard. 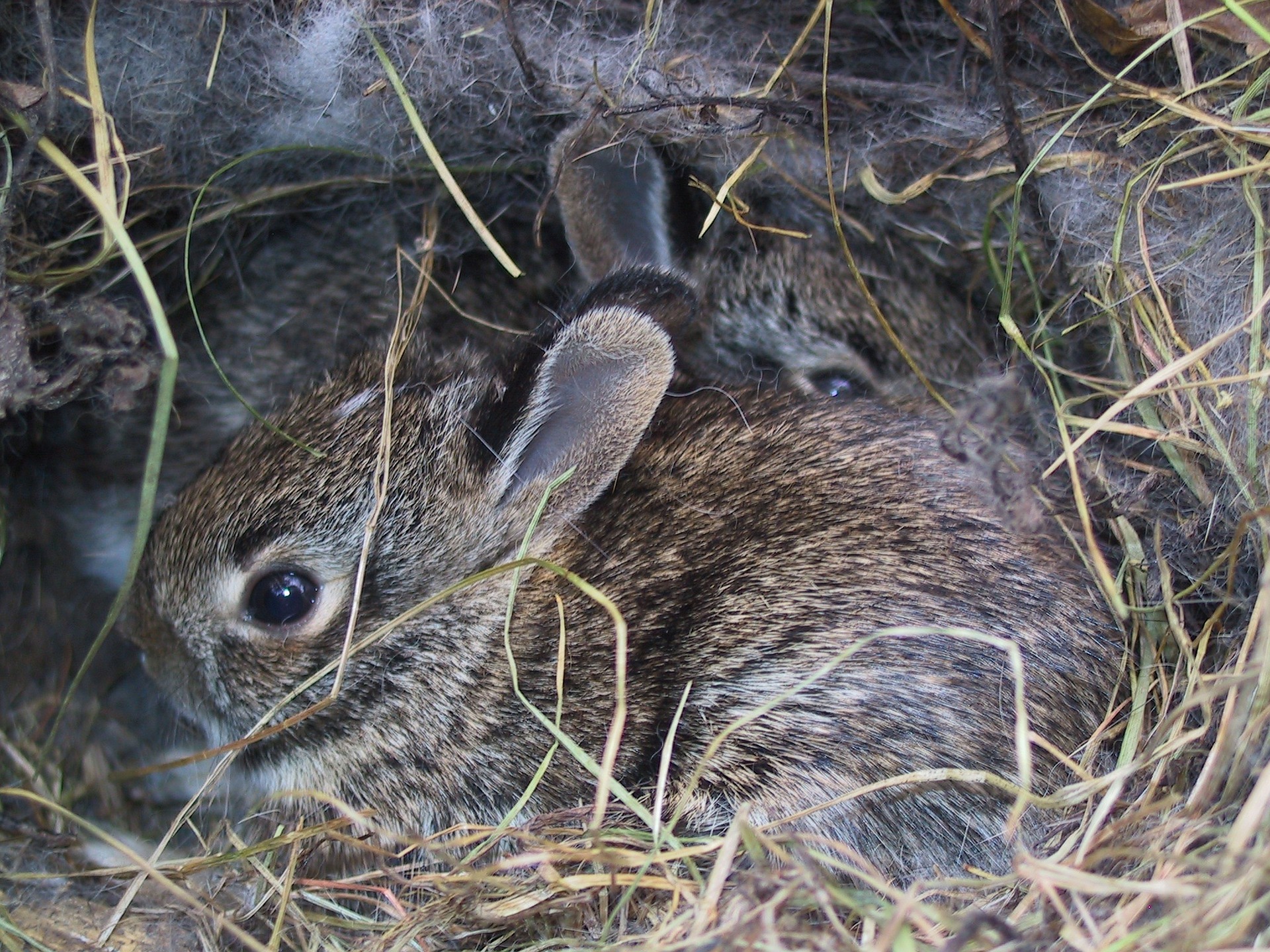 The sounds of the garden change too as darkness descends. Instead of the lighter trilling of the daytime birds, night callers begin to call to one another with somewhat deeper, distinctive cries.  Although the hoot of owls 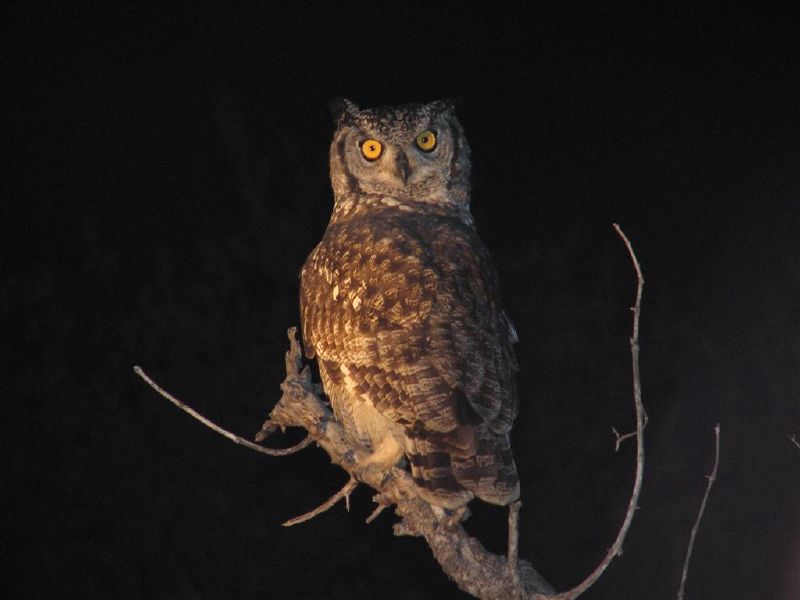 and the choruses of whippoorwills 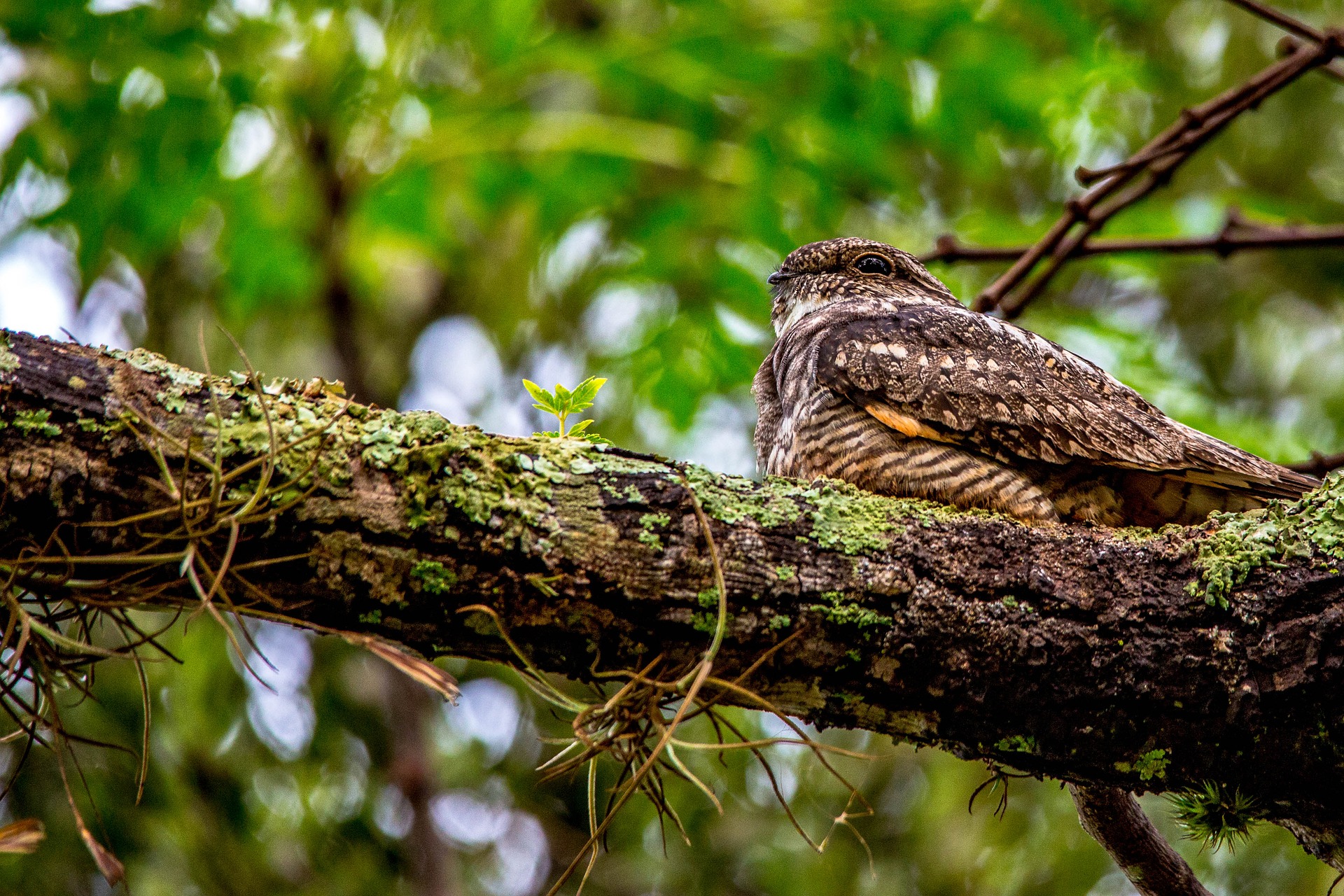 are the most familiar and commonly heard ones, by listening closely closely, you can hear other birds chiming in at night. 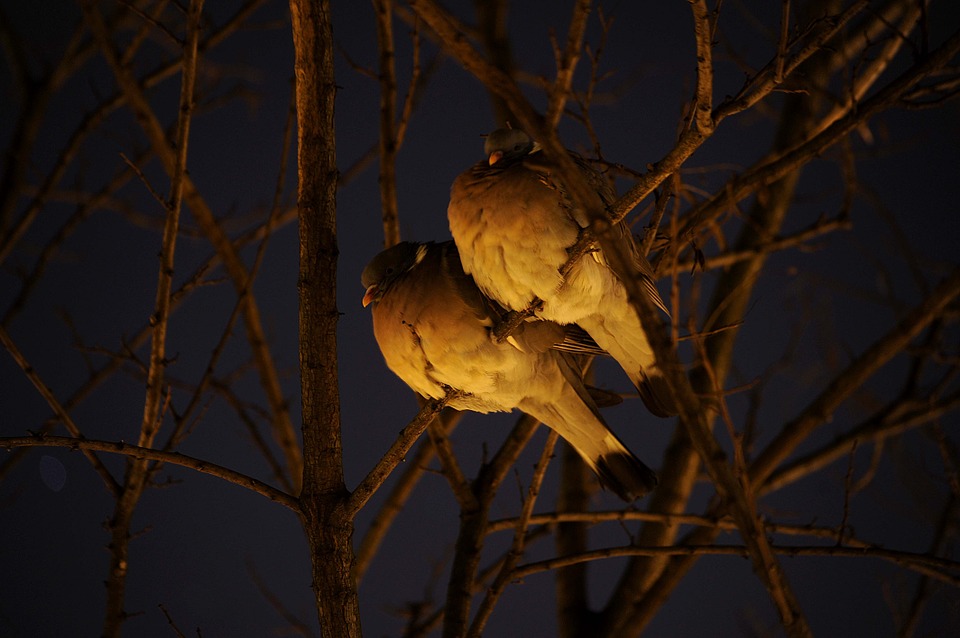 Nighthawks, swooping by streetlights or above prairie-like spaces, give out harsh, nasal sounds. 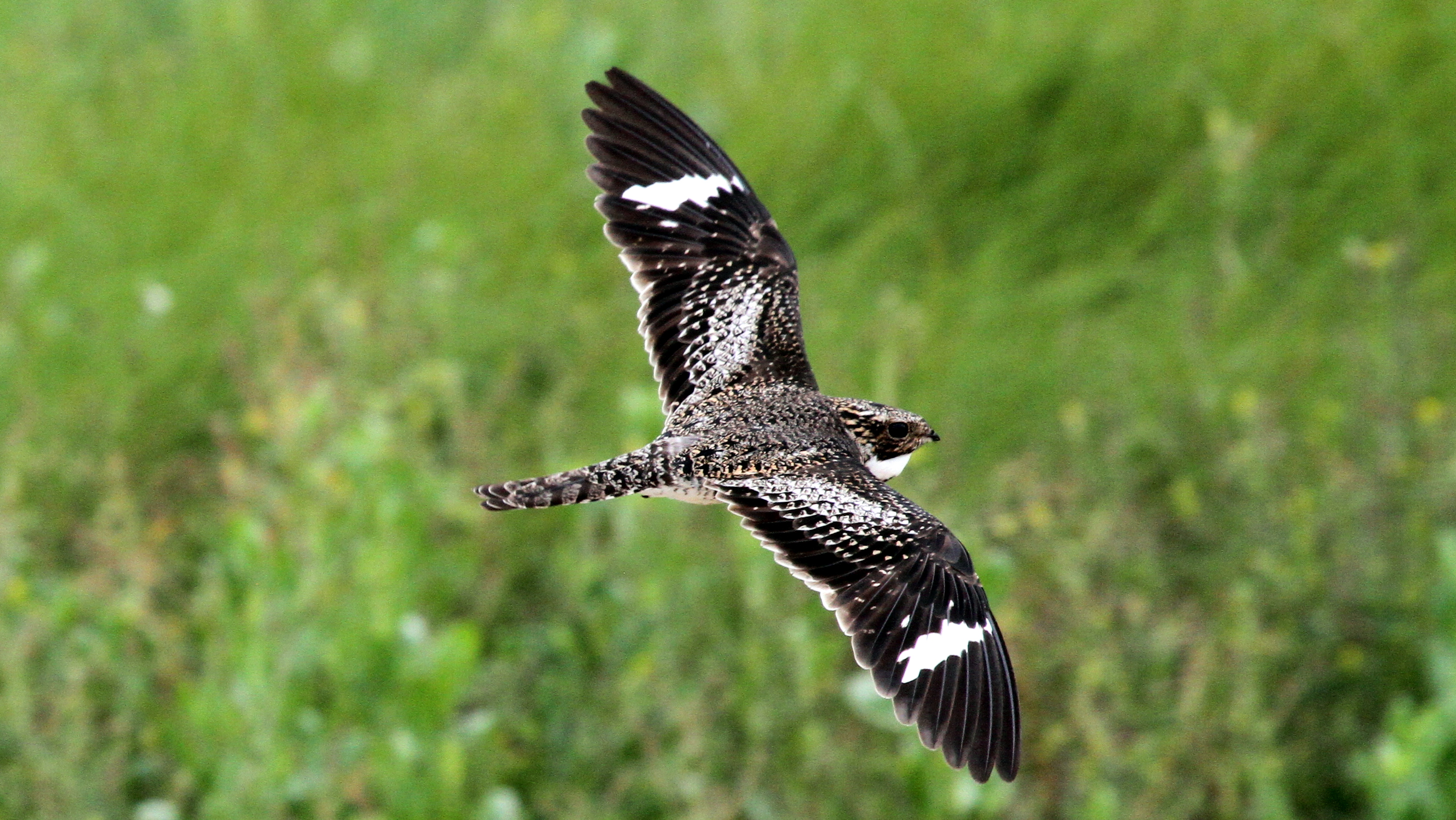 The kitty you hear crying over and over in the night may well be the mimic of a catbird or a mockingbird rather than a forlorn cat.. 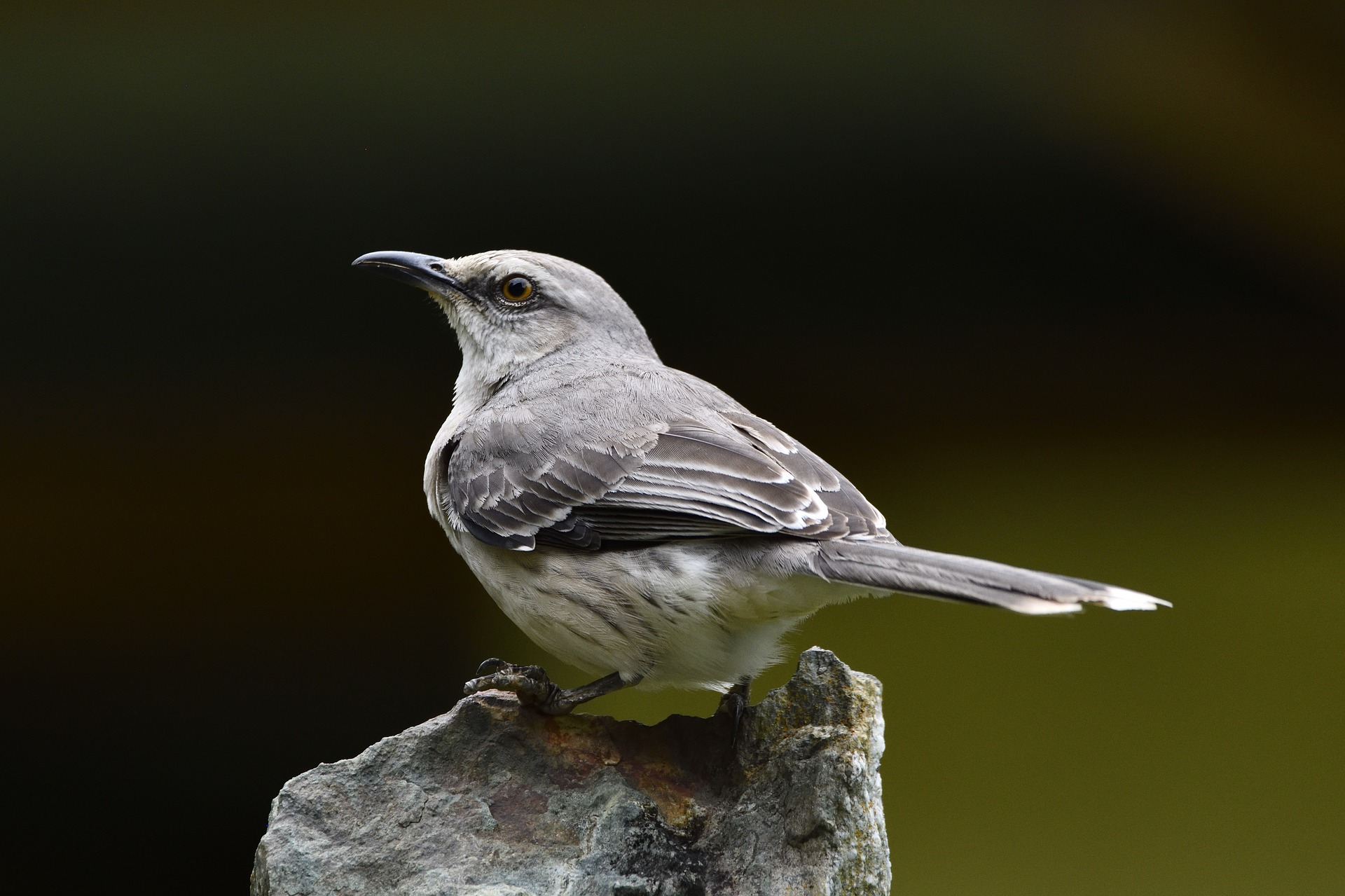 As darkness falls, frogs, toads and insects join in the evening serenade each summer night. Bullfrogs, the largest frogs here in Missouri, give deep calls throughout the summer that can be heard over half a mile away as they search for food near water.

Tiny tree frogs, hanging on trees, wooden decks and even clinging to window screens, add their melodious calls during their breeding season in late spring and early summer. 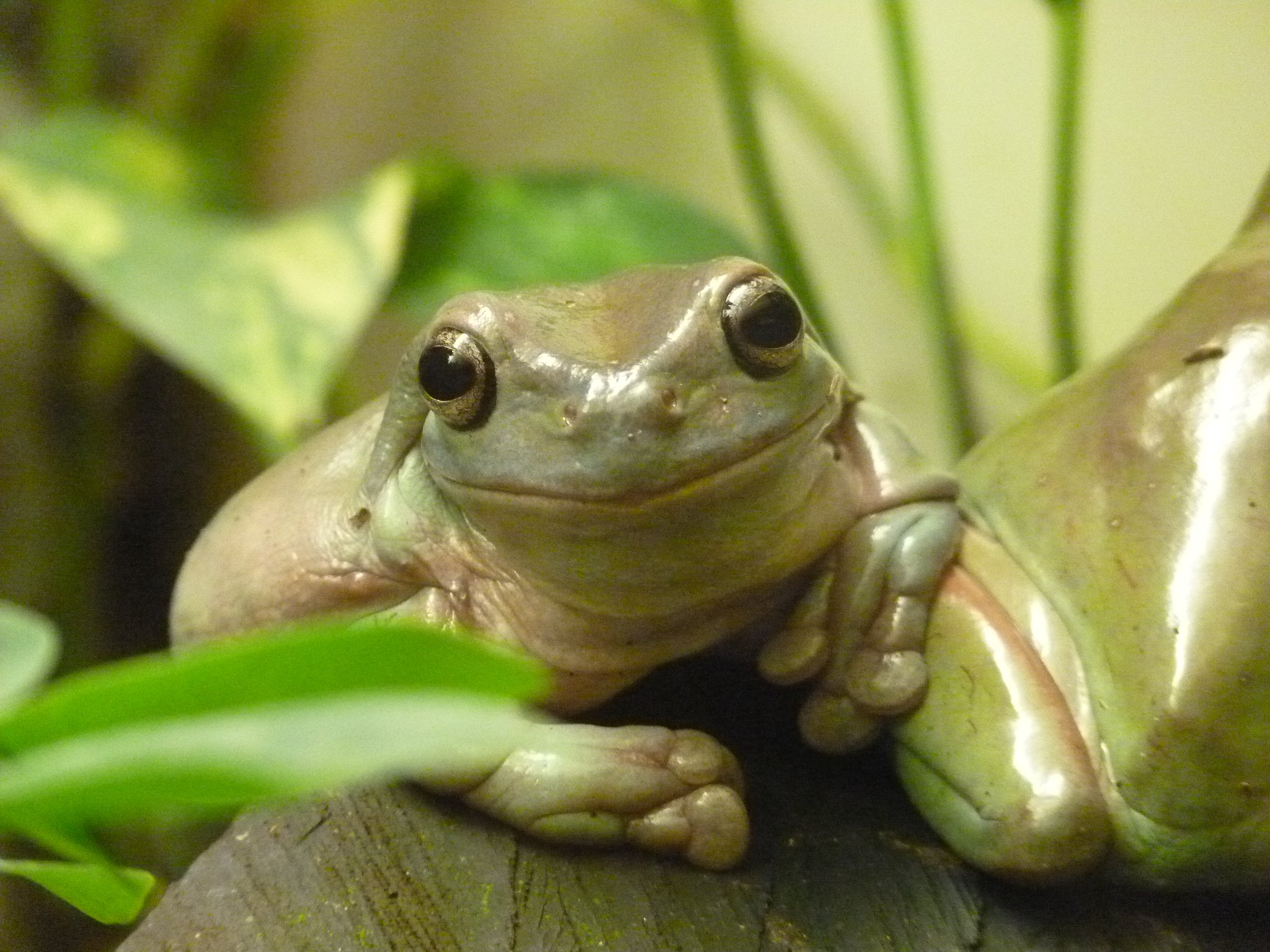 Cricket frogs add a unique clicking sound  (like pebbles being tapped) to the frog chorus. 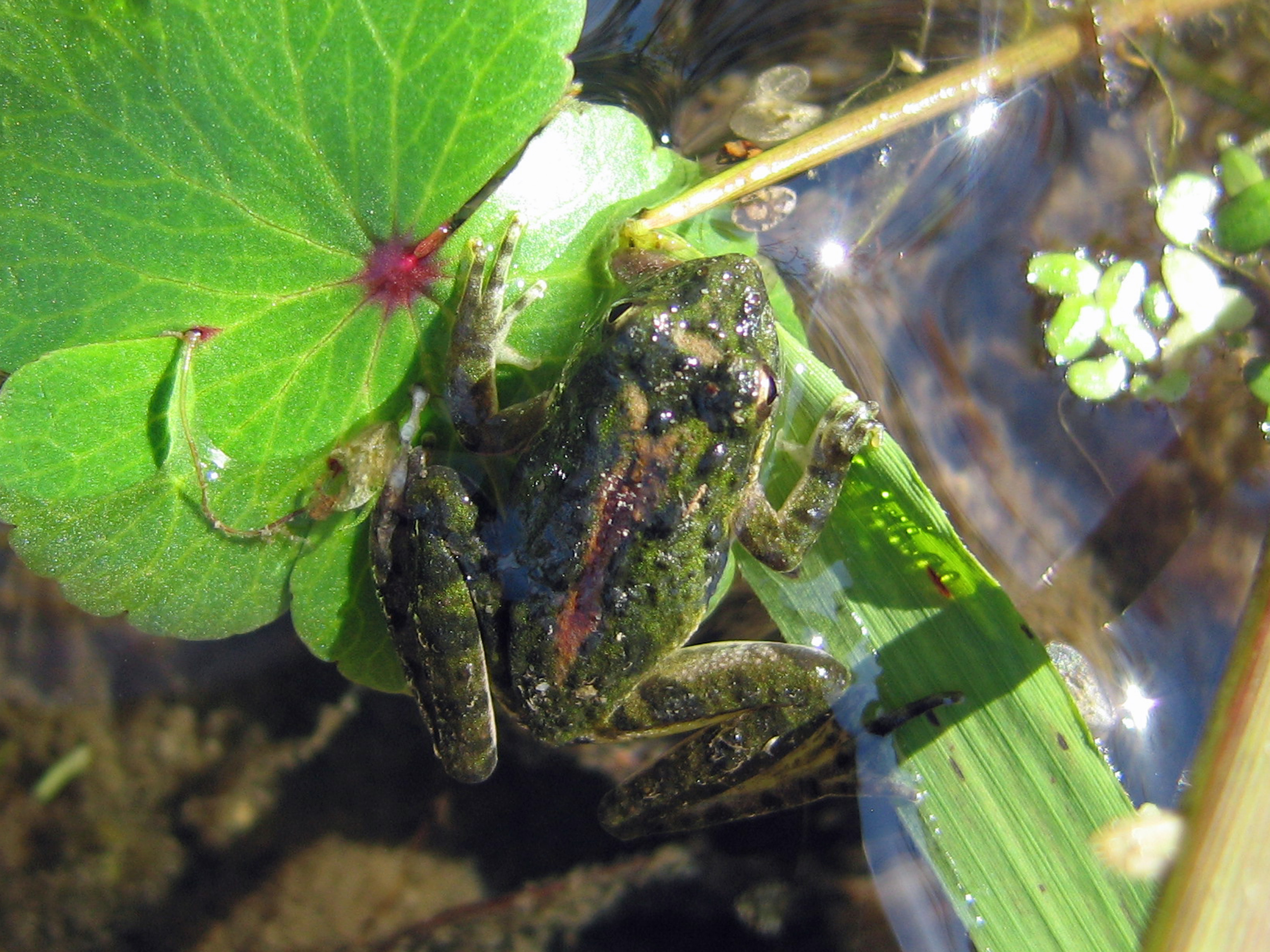 Male katydids and crickets give yet another dimension to the music. Groups of katydids, singing in unison, create a loud, raspy sound as they rub their wings together to attract potential mates. 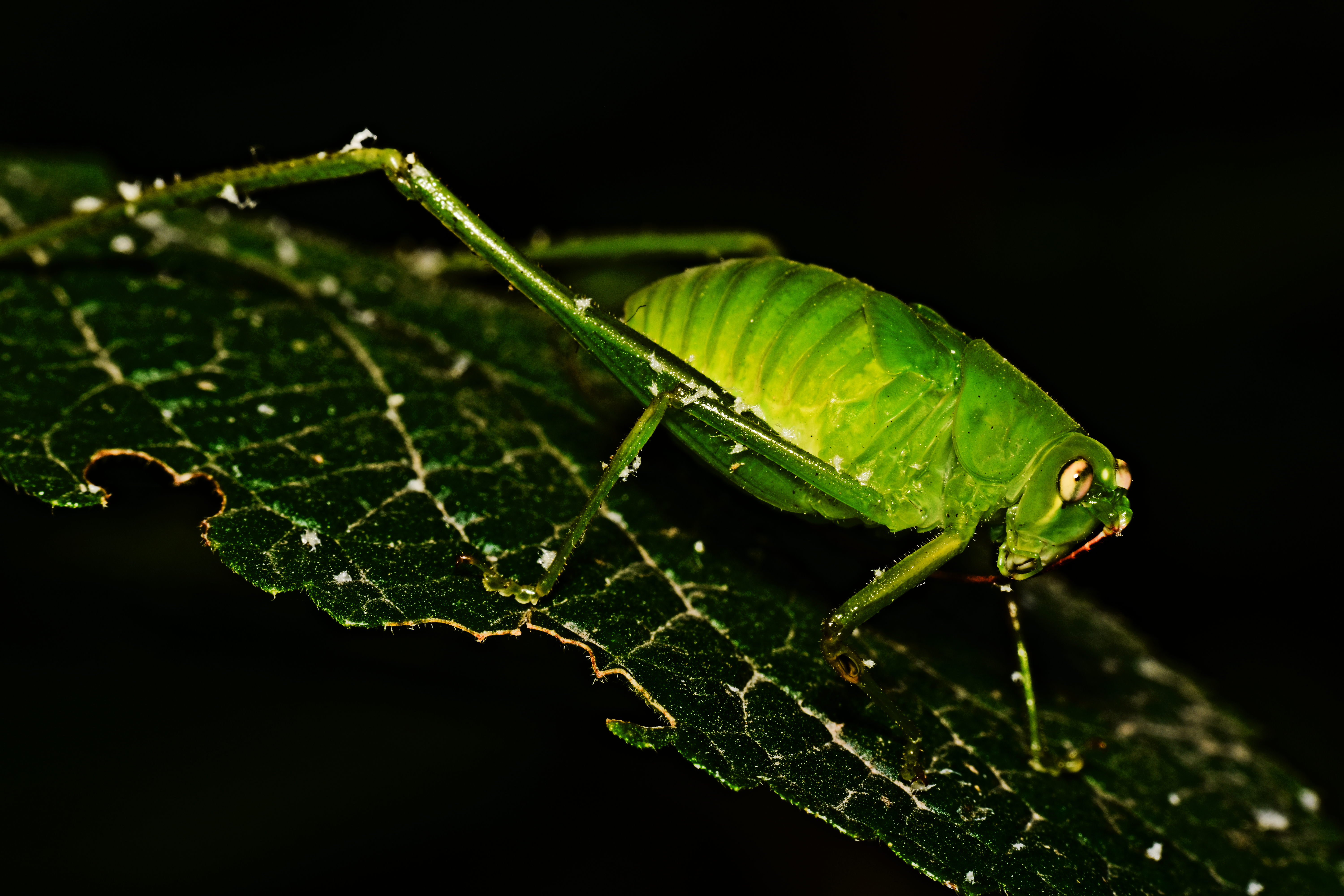 Crickets, on the other hand, musically chirp back and forth in a call and response format, as they warn their romantic competition away. 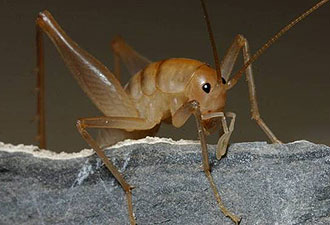 Adding a sometimes mournful, sometimes eerie element to the night, the howl of a coyote is becoming more and more common in urban areas. Typically highly organized social pack animals, coyotes not only announce their presence with their howls, but also communicate with one another. 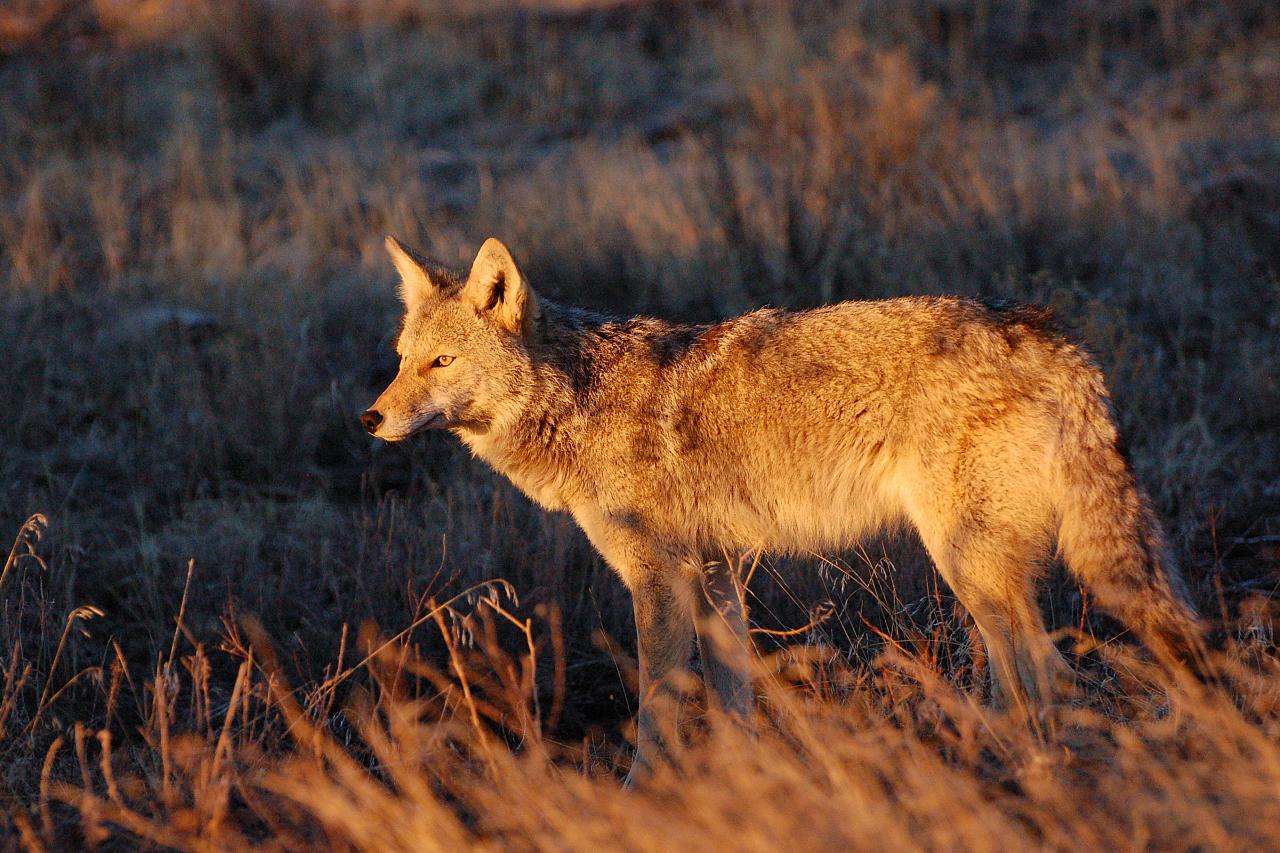 When darkness falls, how you view the garden changes too. Instead of watching dozens of birds, butterflies and insects dart from flower to flower, night time viewing means finding and concentrating on one creature at a time. 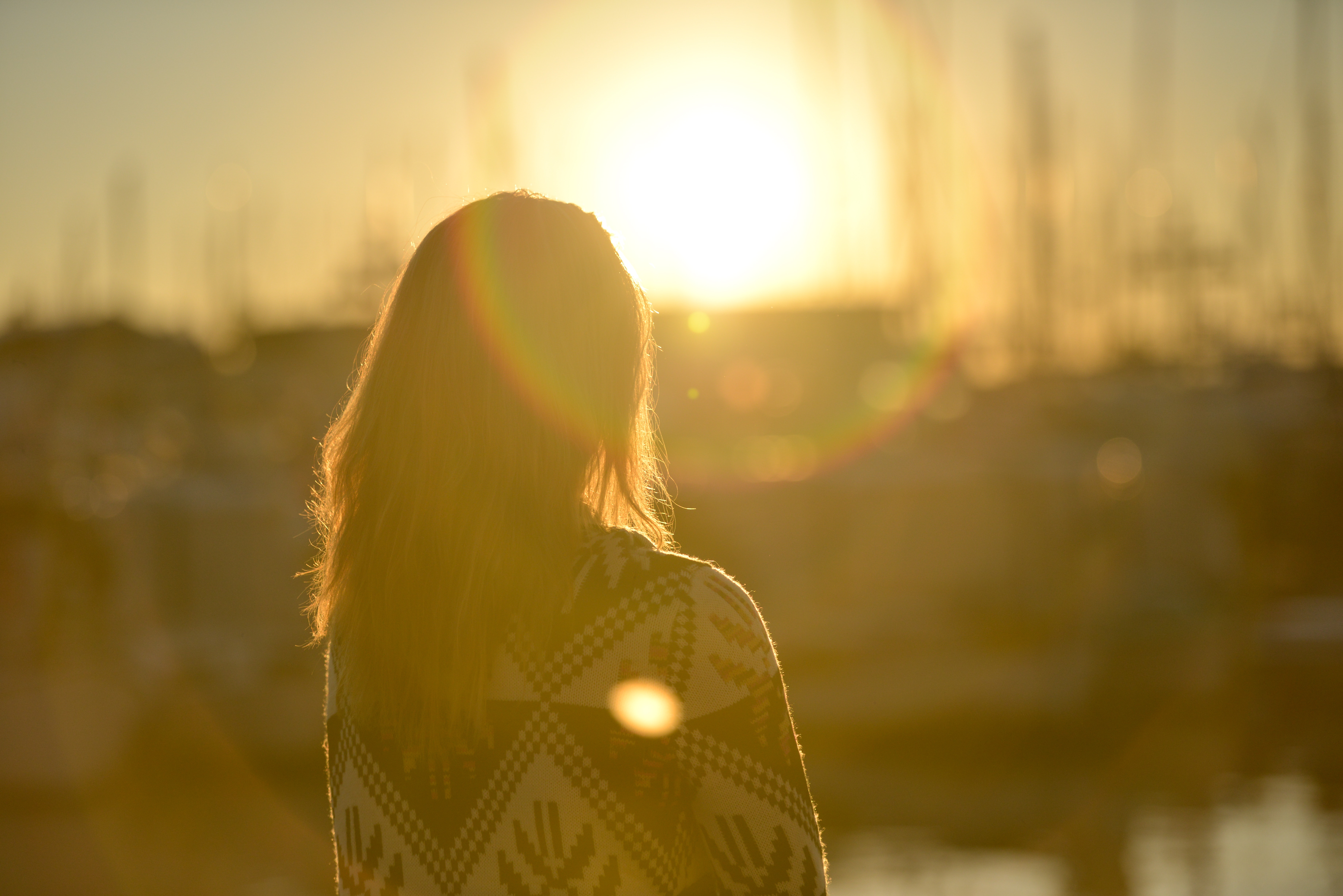 One of the most beautiful and elusive visitors to the night garden is the luna moth. Pale green in color with a long, tapering tail and one eyespot on each of its four wings, this 3 to 4 inch moth is usually found near deciduous woodlands that have walnut, hickory and sumac trees. Because they cannot eat, adult luna moths have a very short life span — often one week or less. 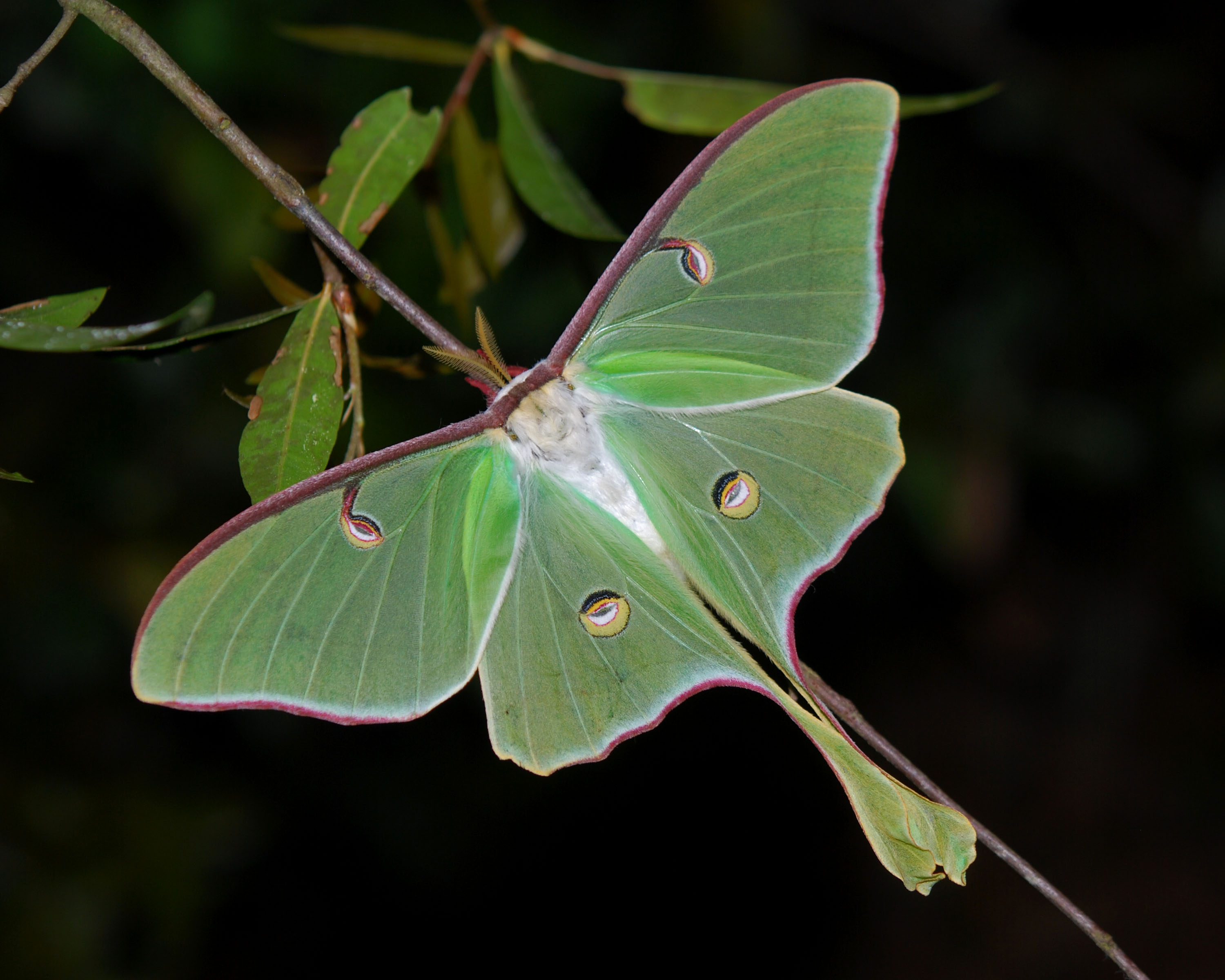 A much more common guest in the night garden is the polyphemus moth. Resembling  a butterfly, this large, brown or tan moth has two small and two large eyespots on its wings. Polyphemus moths are drawn to light and are often found clustered around city street lights. Like the luna moth, an adult polyphemus moth does not eat and has a short life span. 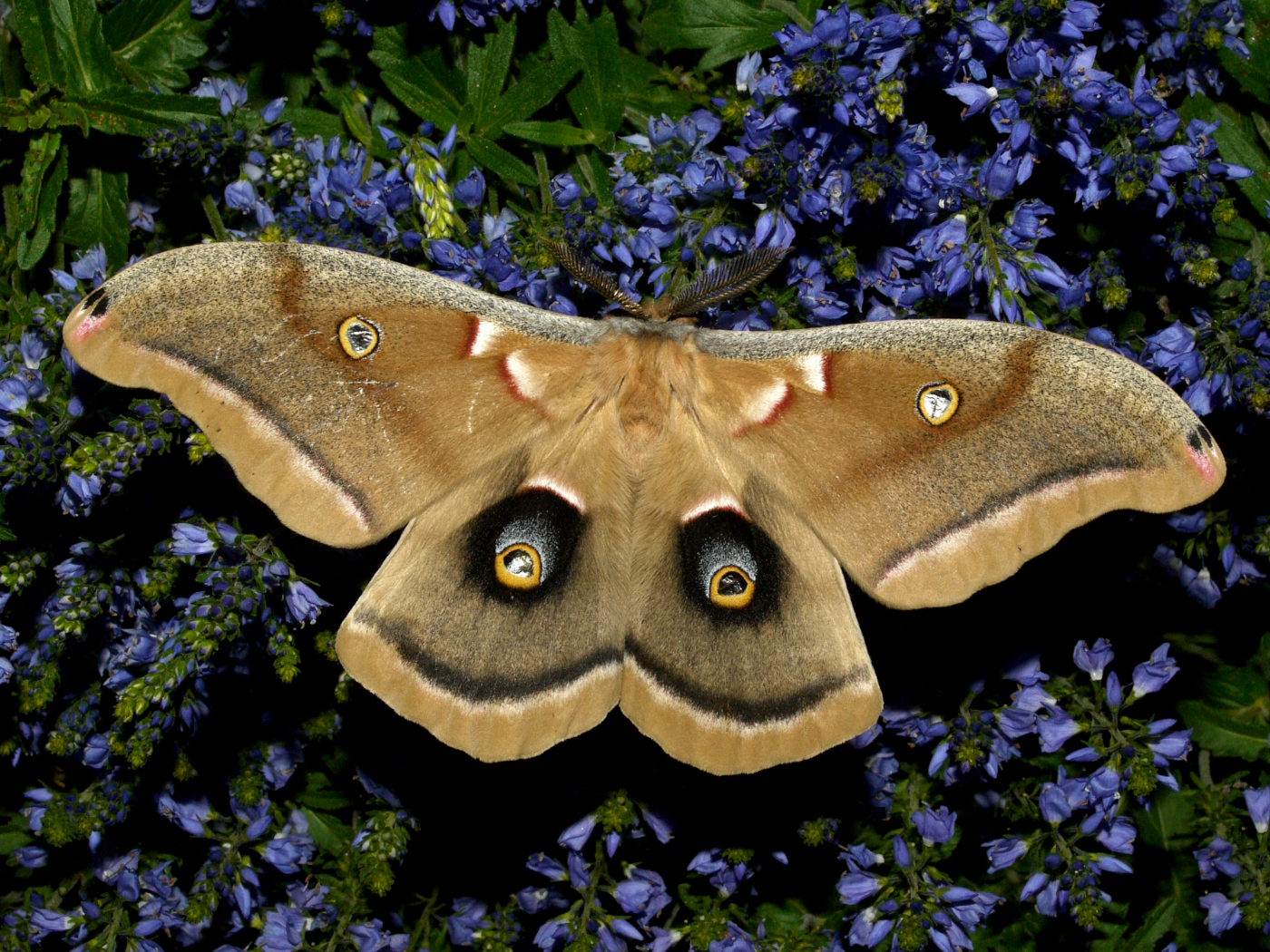 The hawk or sphinx moth is a twilight caller to the garden. It tends to be a larger brownish moth, with a 5-inch wingspan, a thick body and an extremely long tongue perfect for sucking nectar from flowers with long floral tubes. Hawk moths are acrobatic flyers and can be seen darting forwards and backwards between fragrant, night-blooming flowers. Several of the 50 species native to Missouri are important pollinators. 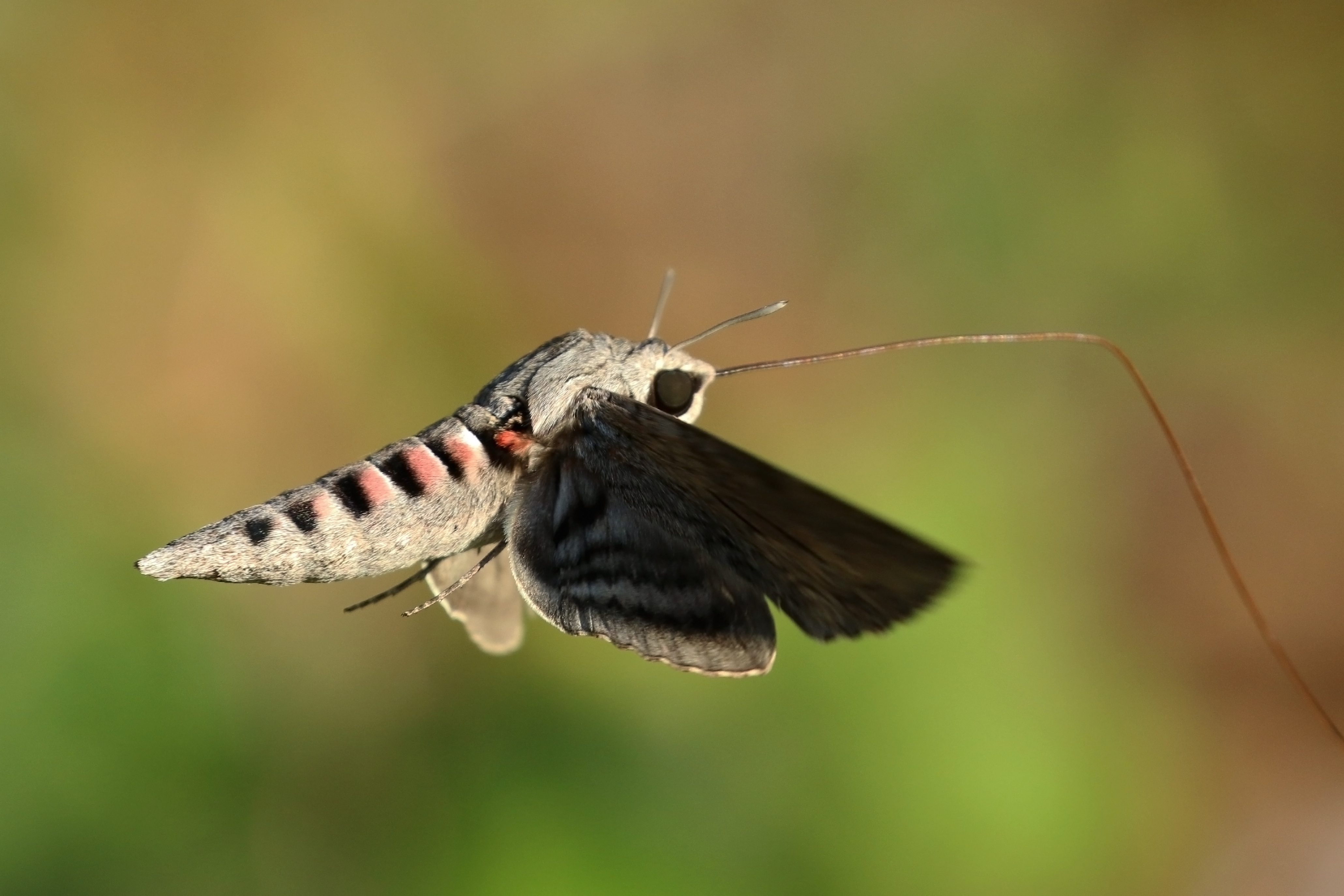 I have to admit that my night time garden was more the result of a series of happy accidents rather than intentional design. Over time however, I have figured out a few things that make the garden attractive to my night visitors that I’d like to share with you. 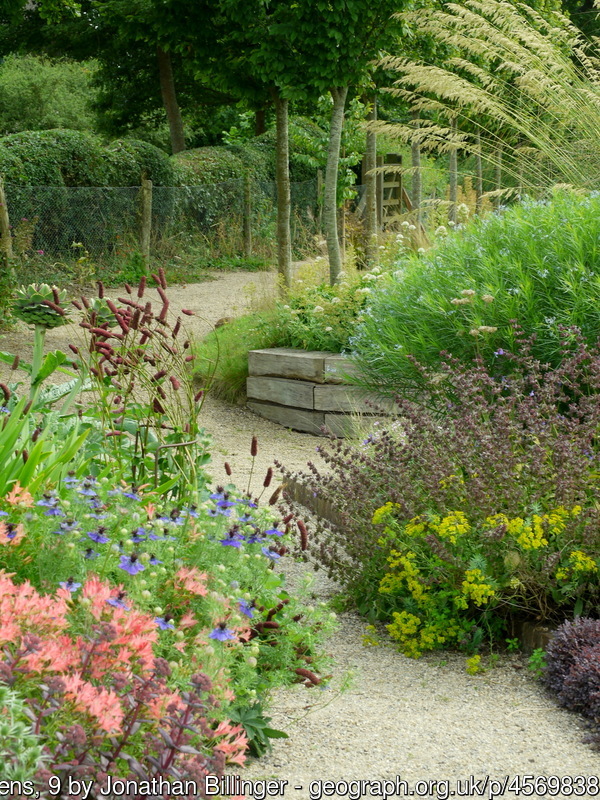 Spending time in a night time garden gives a glimpse of a busy, vital world we don’t often think about or see. I’ve learned to love it. I hope you will too,