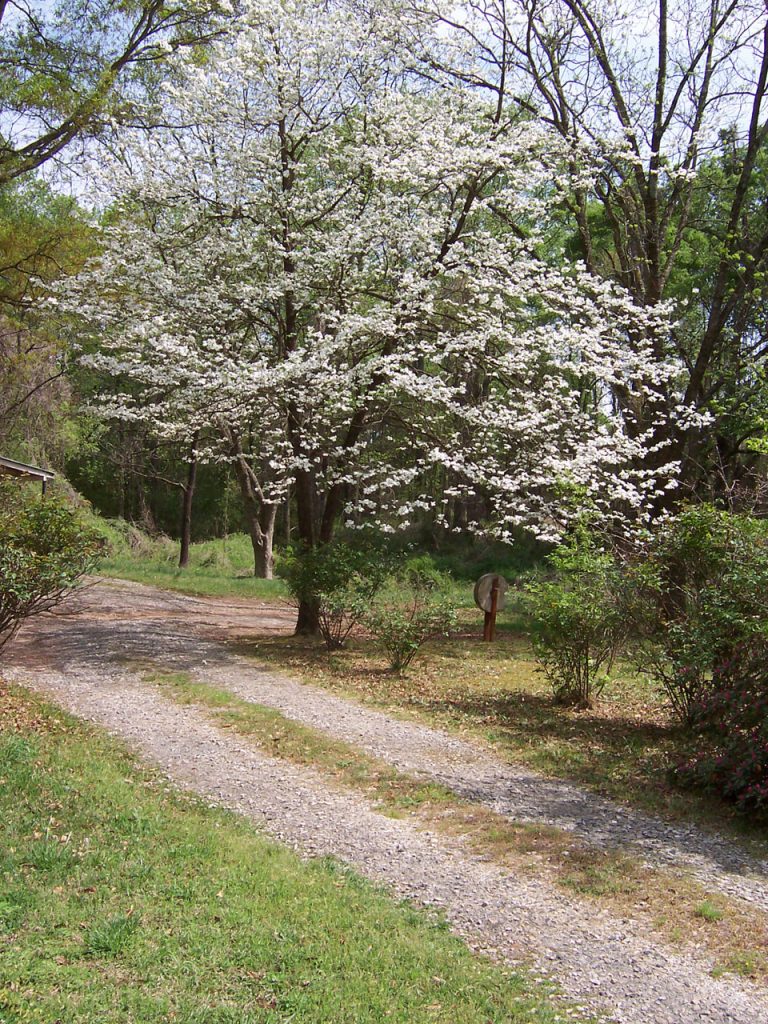 I was musing the other day about planting a dogwood tree out front this spring, debating about where I should put it. Rather than suggesting a spot, my husband asked me which one I was going to plant. For a second, the question threw me  --  especially since I hadn’t bought any yet. Then it hit me; he wasn’t asking which one but which type I was intending to plant. Because it was April I had flowering dogwoods on my mind, but the truth is, there are several other types of dogwoods that would have also been beautiful choices. Here’s a run down on 4 of my favorites. 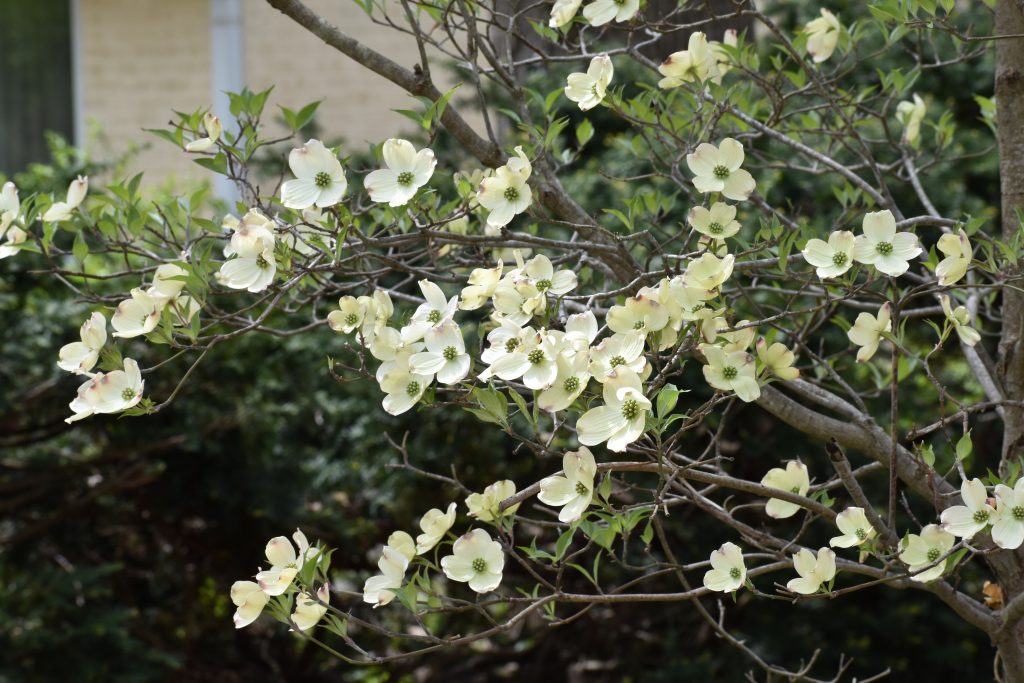 Flowering dogwood, Cornus florida, is a small, deciduous species native to the United States. As an understory tree, it grows best in partial shade, but can also tolerate full sun if kept well-watered and mulched during the heat of our Midwestern summers. A fast grower, under ideal conditions, a flowering dogwood can add up to a foot of height in a year; some reach a mature height of 25 to 30 feet in a decade.

An all-seasons tree, flowering dogwoods are known for their elegant early spring displays in white, pink and red. Blooms give way to attractive dark green leaves that remain throughout the summer and turn a striking shade of red in the fall.

Berries, which taste bitter to humans but are beloved by birds, small mammals and deer, begin to form and ripen during the later part of the summer into the fall.  Then, as the flowering dogwood drops its leaves, the tree’s graceful form takes center stage. 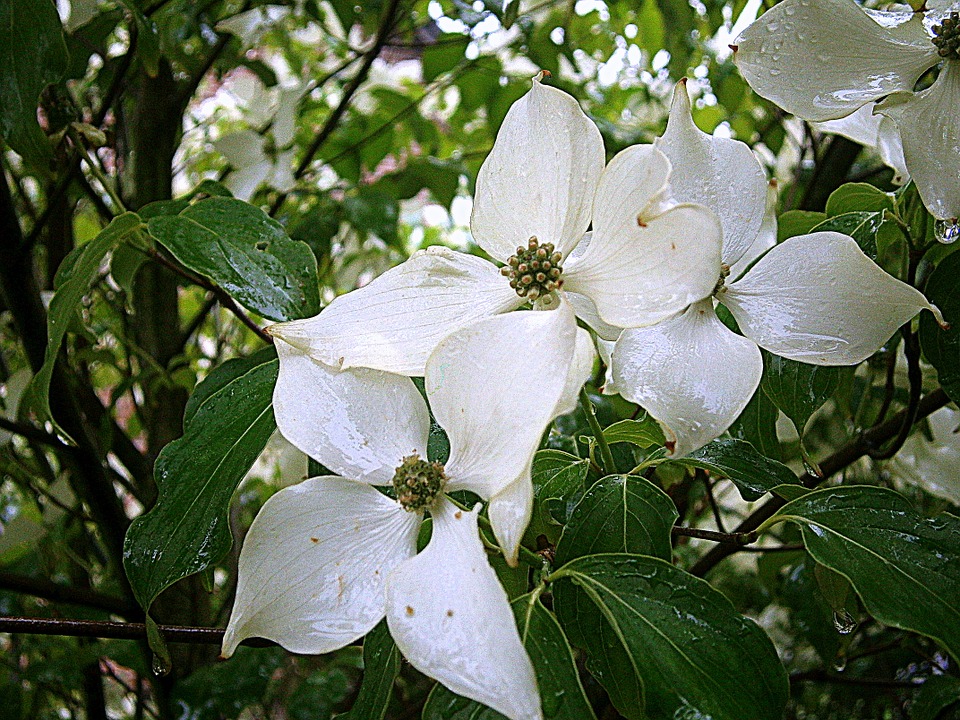 Depending on the specific variety, they have tapered white or pink blooms that are followed by raspberry-like fruit in the late summer. Although the fruit is considered edible, it is usually left for the birds to eat. Fall color is outstanding and mottled grey bark remains attractive throughout the winter. 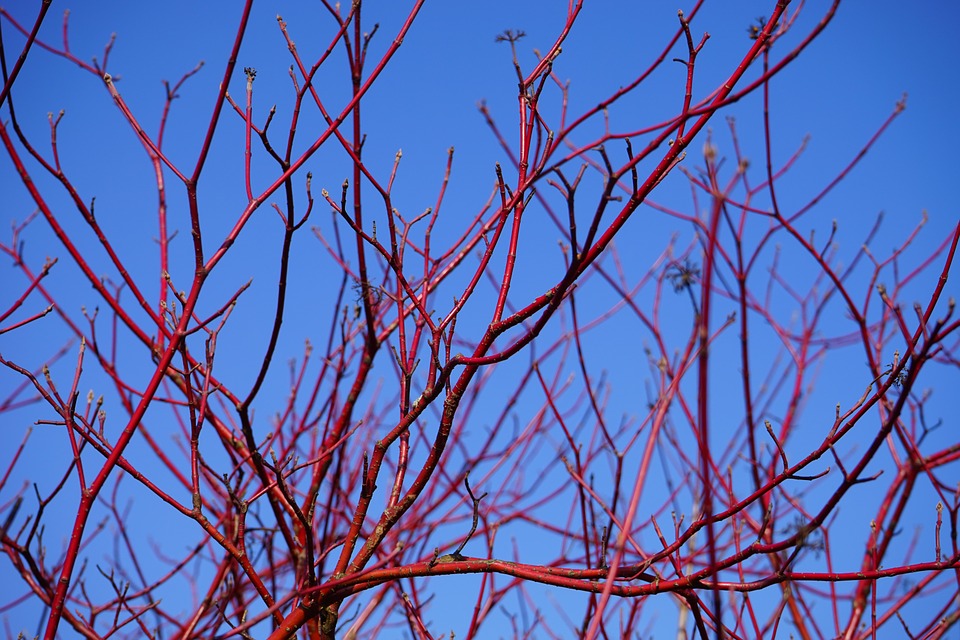 Beautiful as a specimen plant, in a rain garden or as a hedge, Red Twig Dogwood, Cornus sericea, thrives in full sun to part shade locations. It prefers an organically rich, moist well-drained soil but will also perform well in boggy conditions or clay soils. While native species can reach a height of 7 to 10 feet, more compact cultivars are now available.

Beginning in May and continuing into June, red twig dogwood has clusters of fragrant, creamy white blooms. The blooms give way to white berries in the late summer, but usually drop well before winter. If planted in full sun, the foliage will turn shades of yellow to orange and red in the fall. Both birds and butterflies are attracted to red twig dogwood, while deer tend to avoid it.

Although red twig dogwood requires minimal routine maintenance, it can be pruned if you wish to control its height. Since the red color is most vivid on young branches, removing about 25% of the oldest stems each spring stimulates a flush of new growth and improves winter color. Control unwanted spread of the plant by trimming root suckers with a sharp spade.

Red twig dogwood is especially attractive in the winter when paired with evergreens or other contrasting plants. Outstanding in front of a white fence! 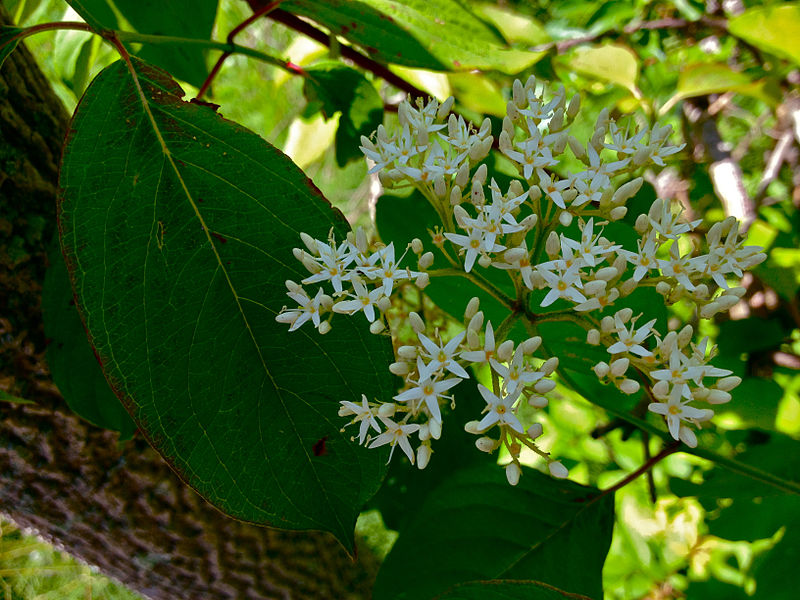 If you are looking for a medium-sized, hardy shrub with winter interest for the back of the rain garden, Silky Dogwood could be your answer. This native is definitely a four season star with creamy blooms in the spring, berries in the summer, reddish-purple fall foliage and red/brown stems in winter. It forms a loose hedge as it spreads and prefers a  moist to wet soil. It does well in full sun to part shade.and even tolerates a full shade environment. Silky dogwood is attractive to wildlife and will draw many species of birds that feed on the berries.