I ran across this headline this morning:

It was quite an attention grabber and I have to admit that I have said the same, and worse, in my quest to get rid of this insidious invader. Someone, long ago I am sure, planted a few starts on the back cliff in an effort to keep the hillside from disappearing into the quarry directly below. I truly understand the intent, (I wish I could go back and apologize to homeowners for all the English Ivy I planted through the years.) but today I am battling its takeover of my entire yard.

Japanese honeysuckle ( Lonicera japonica) is a deceptive creature. It is easily grown, extremely hardy, has attractive semi-evergreen foliage, richly fragrant blossoms in the early summer and purplish-black fruit that attracts birds throughout the winter. On the surface, it seems to be an ideal garden plant. Unfortunately, the reality is that this seemingly perfect plant is highly invasive, extremely damaging to the native environment and difficult to kill. 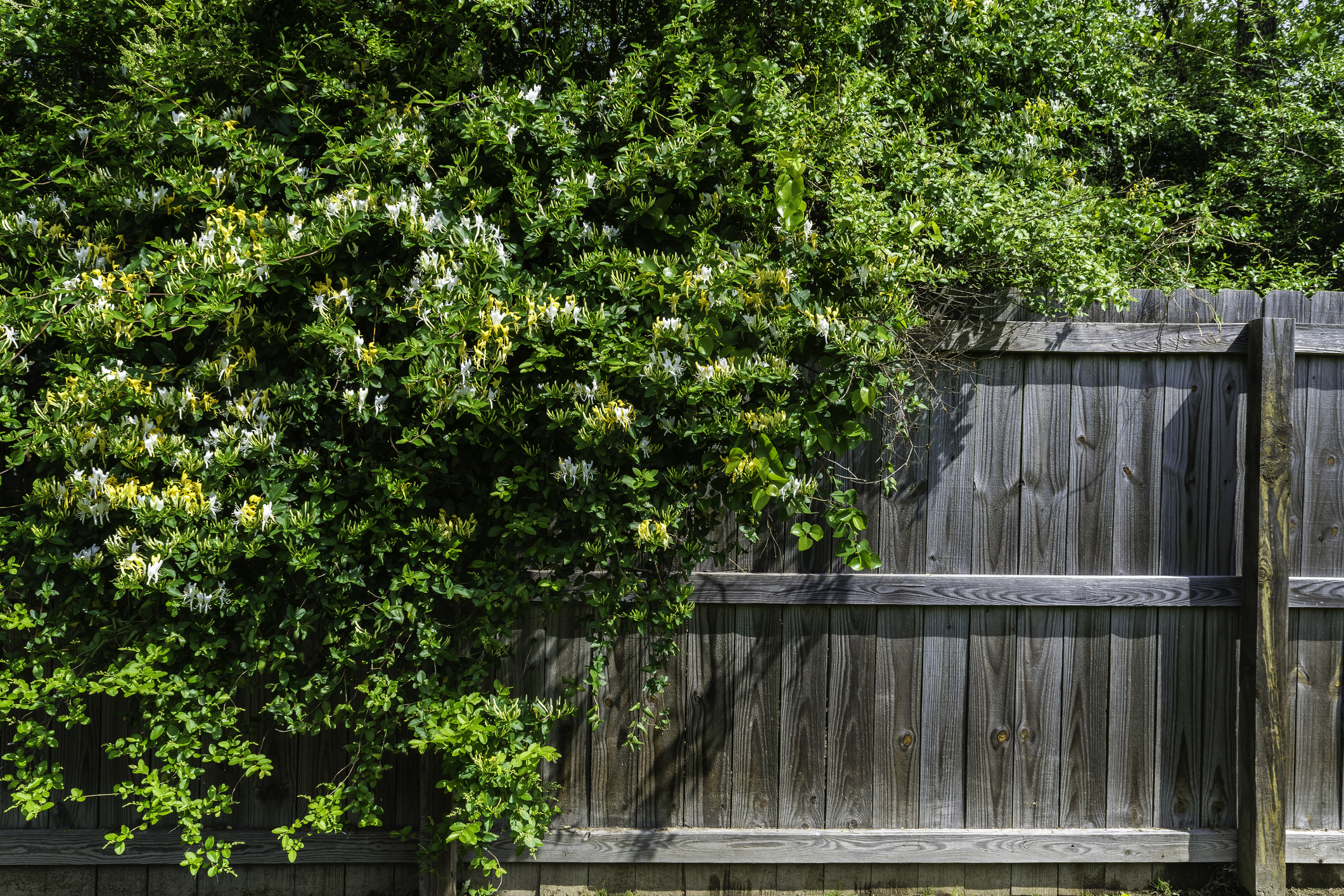 Japanese honeysuckle was first introduced to the United States in 1806 as an ornamental groundcover. By the early 1900s it was prevalent throughout the country, both through intentional plantings and because of its own unique ability to quickly colonize new areas. It readily adapted to a variety of soil types and thrived in both sunny and shady conditions. Birds spread honeysuckle by seed droppings and sprouts from underground rhizomes  developed into new vines. Today, Japanese honeysuckle is found in all but the coldest regions of the country.

As it begins to grow, Japanese honeysuckle vines form mats so dense that walking through them can be nearly impossible. As honeysuckle spreads across the ground, it shades and then kills any existing native vegetation. As it encounters bushes and trees, it puts out tendrils that cling to bark. Then, it climbs, often taking over tree canopies and blocking sunlight to the vegetation below. Native insects and vegetation that birds and other wildlife are dependent on start to disappear as their ecosystem changes. 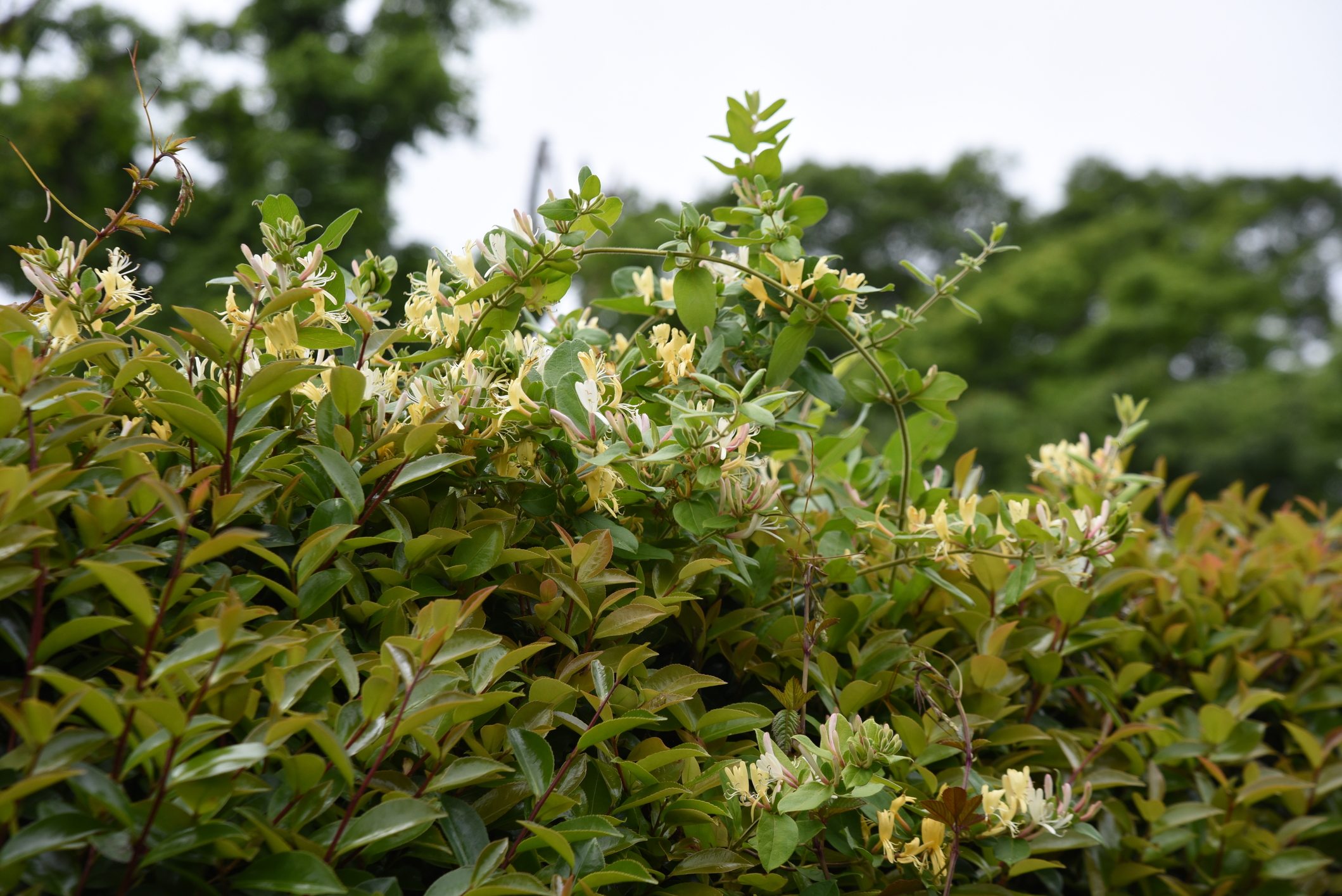 Once Japanese honeysuckle becomes entrenched in an area, it can take multiple attempts and several different techniques to get rid of it. Single, young vines can be pulled by hand, but the entire root system must be taken out of the ground. Any bit of an underground runner left in the soil can and will quickly re-sprout, sending up new, vigorous vines.

Some people resort to cutting down vines by hand, using garden shears or lopers. While it may seem like an easy fix, cutting down vines is not an effective long-term control. It can limit the seasonal spread if done at frequent intervals, but does not kill the underground root systems. If vines are cut back only once in the spring it will simply cause them to regrow with renewed vigor. After either pulling or cutting back vines, make sure that any waste is completely removed from the area to prevent regrowth. 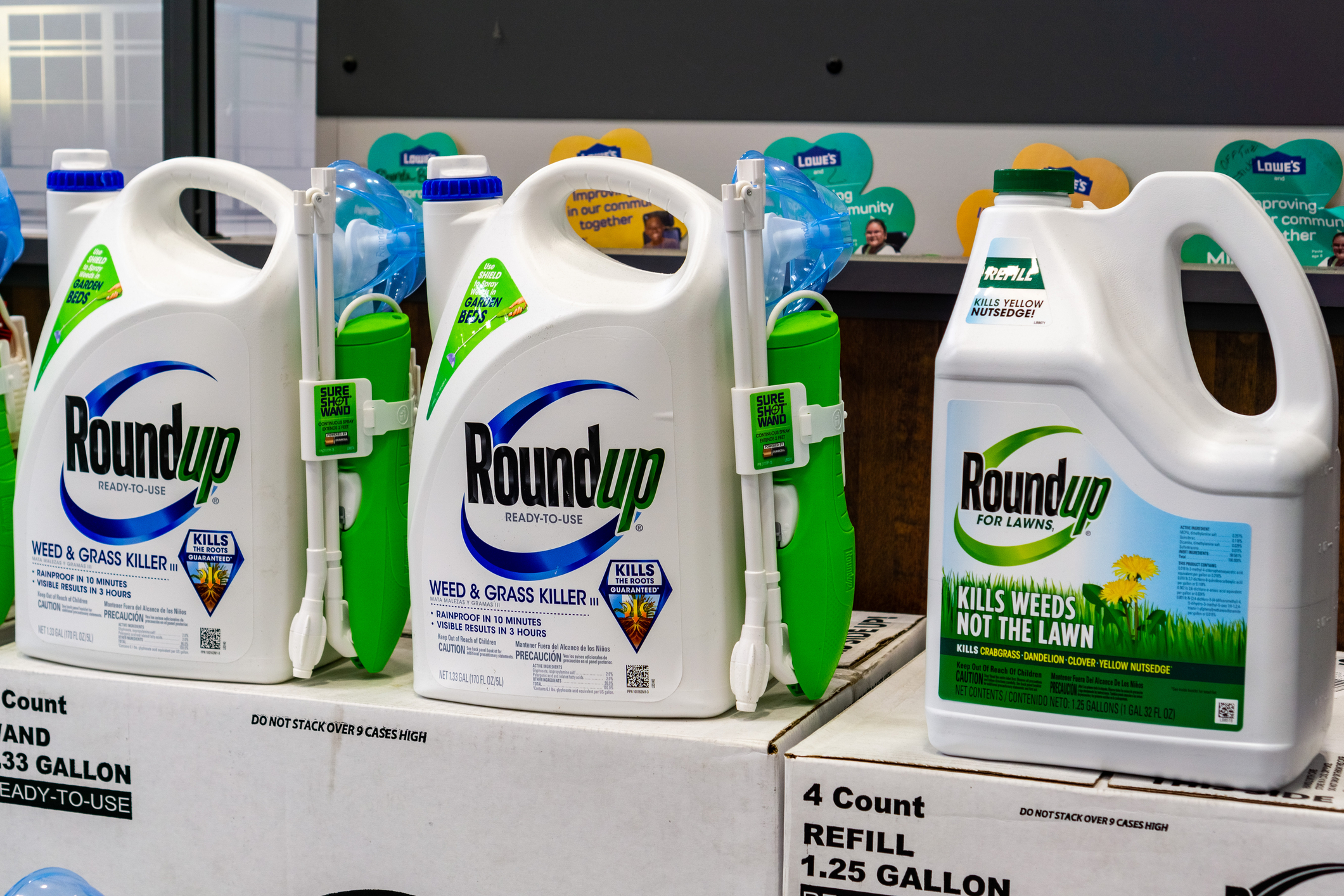 The most effective form of control, and the most challenging, is the use of a systemic herbicide on the plant’s foliage during an active growing cycle. A systemic herbicide, (think RoundUp) makes its way into the system of the plant, killing it from within. Since systemic herbicides are usually sprayed on the plants, it can be difficult to control exactly which plants are involved. There is a risk of spray hitting desirable plants as well. If the honeysuckle you are eliminating is near plants that you want to keep, consider doing a fall application of herbicide after other plants have begun to enter dormancy.

Handling toxic chemicals, even those readily available to consumers, can be dangerous. For those who are unfamiliar with chemical applications, it may be wise to hire a reputable landscape maintenance firm. Firms like Embassy Landscape Group understand the importance of protecting the natural environment  while they work to eliminate problems. 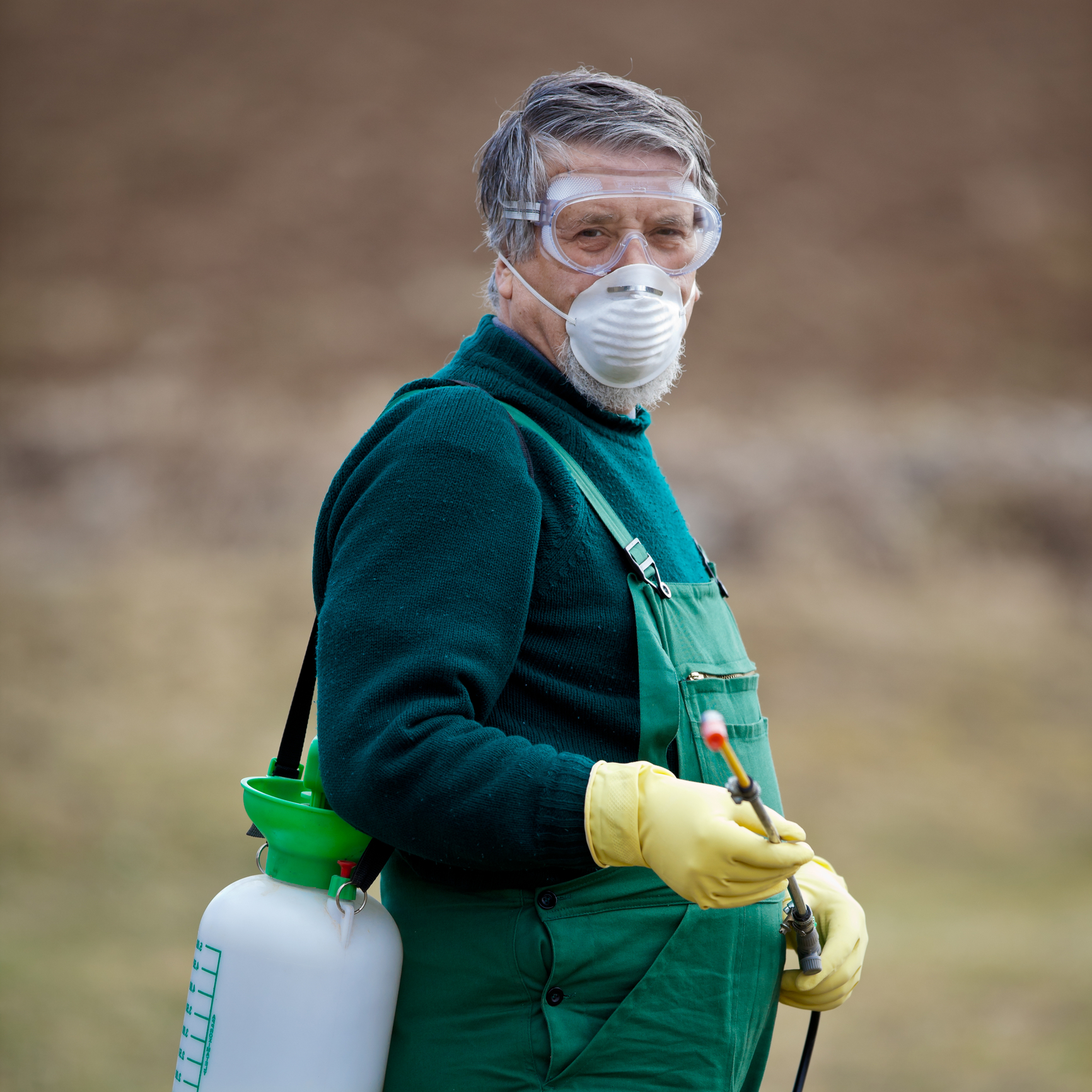 If you do decide to apply a systemic herbicide yourself,  it is important to take safety precautions. Spray only on calm, still days to reduce the chance of blowback on your skin as well as on surrounding, desirable vegetation. Wear protective goggles and a mask to keep from breathing in the spray or getting it in your eyes.  Use rubber gloves to protect your hands as you handle the chemicals and wear clothes that cover your entire body. Avoid touching the plants that have been sprayed. Wash thoroughly immediately after spraying. Wash clothing in hot water to get rid of residue. 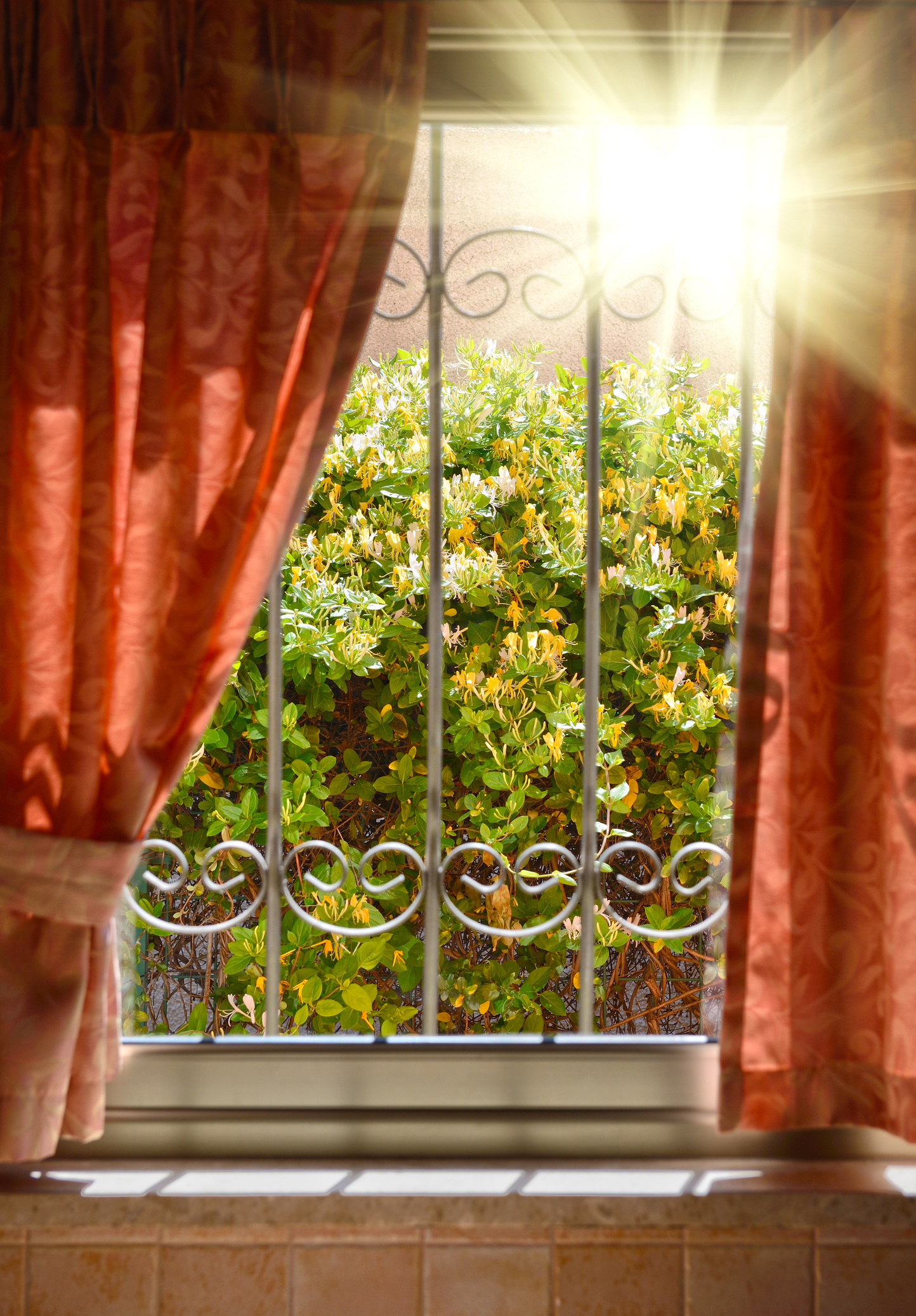 The alluring fragrance of Japanese honeysuckle is filling the neighborhood right now, tempting me to wait just a bit before I begin my yearly attack.   Waiting though, is not the best choice for the health of the environment and so common sense must prevail.  It’s time for the Japanese honeysuckle to go.