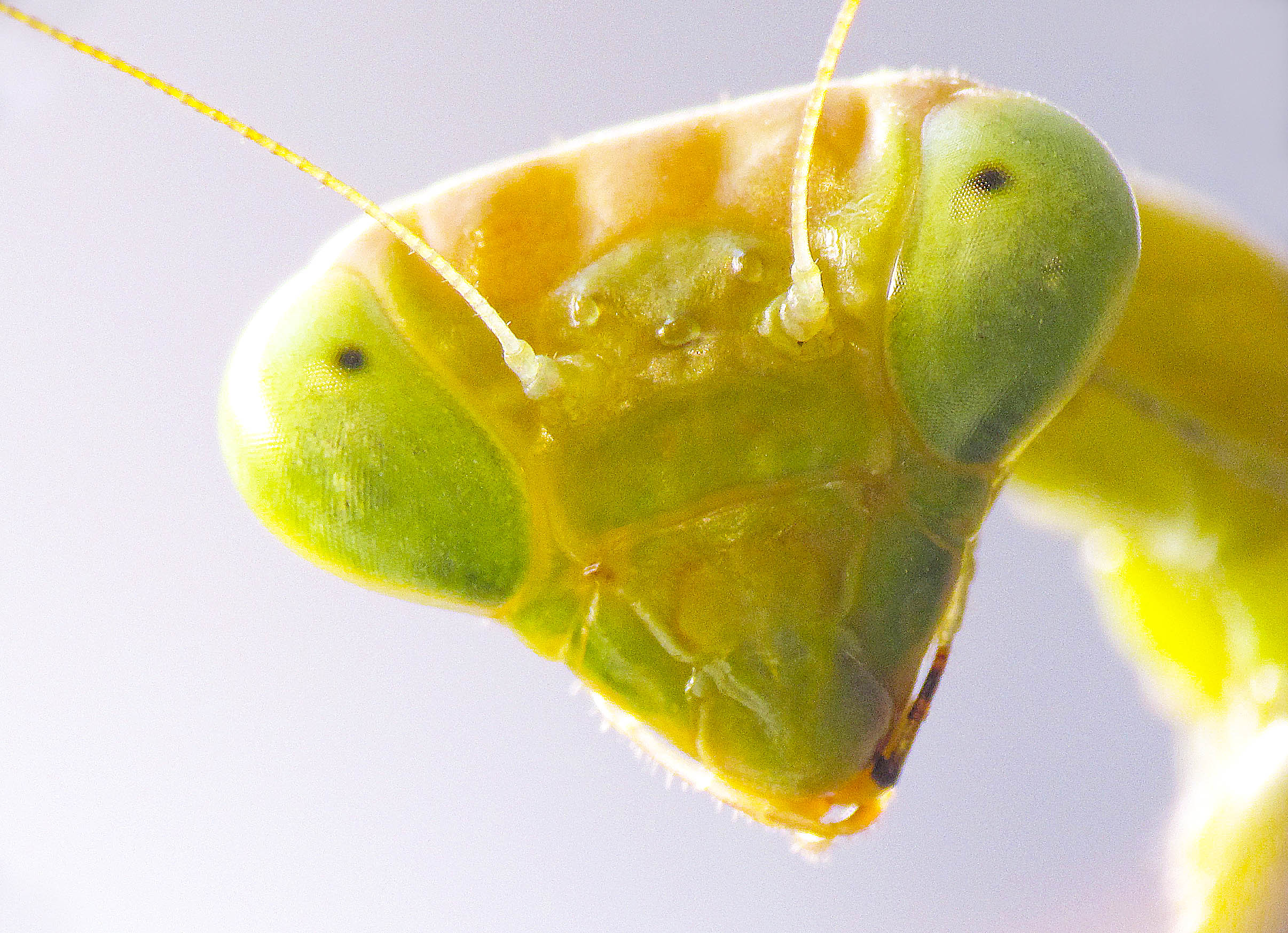 Some say that finding  this insect in your home means that angels are watching over you, while others say that if one looks at you with a menacing glare, it foretells your death. The French thought it would lead a lost child home again. Folklore aside, the praying mantis is a fascinating visitor to the garden. 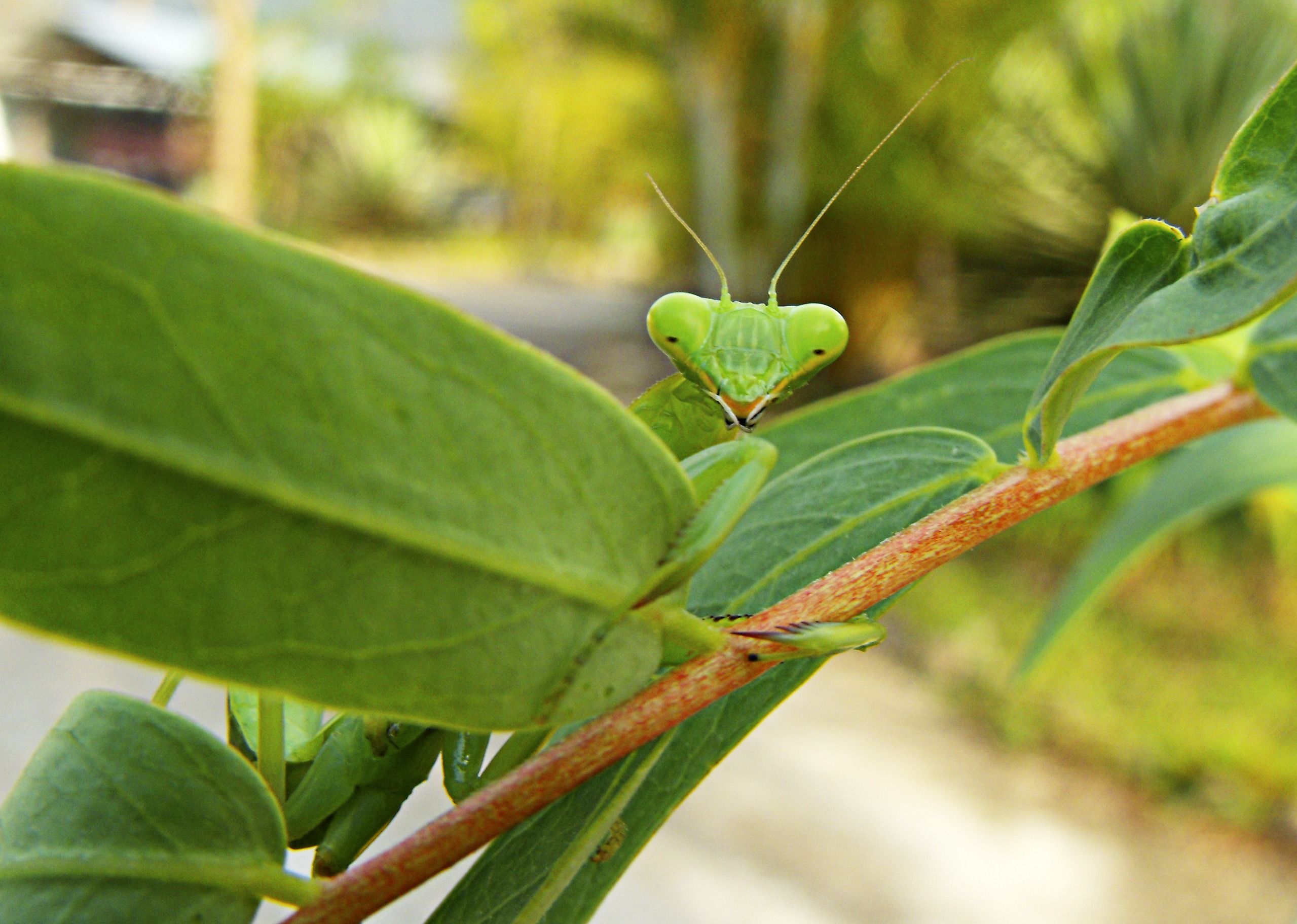 There are about 2,000 species of praying mantis world-wide, with only a few (less than 20) being native to this continent. Native praying mantis, like their introduced counterparts, tend to be green, brown or grey in color for camouflage purposes, but are usually smaller and somewhat more slender. Both native and introduced mantis are what are called ambush hunters and hold their front legs in what appears to be a prayerful position, but is actually an efficient striking pose. Praying mantis are agile, able to target and jump to a spot with the precision of an athlete. Their vision is excellent and they are able to turn their heads a full 180 degrees. 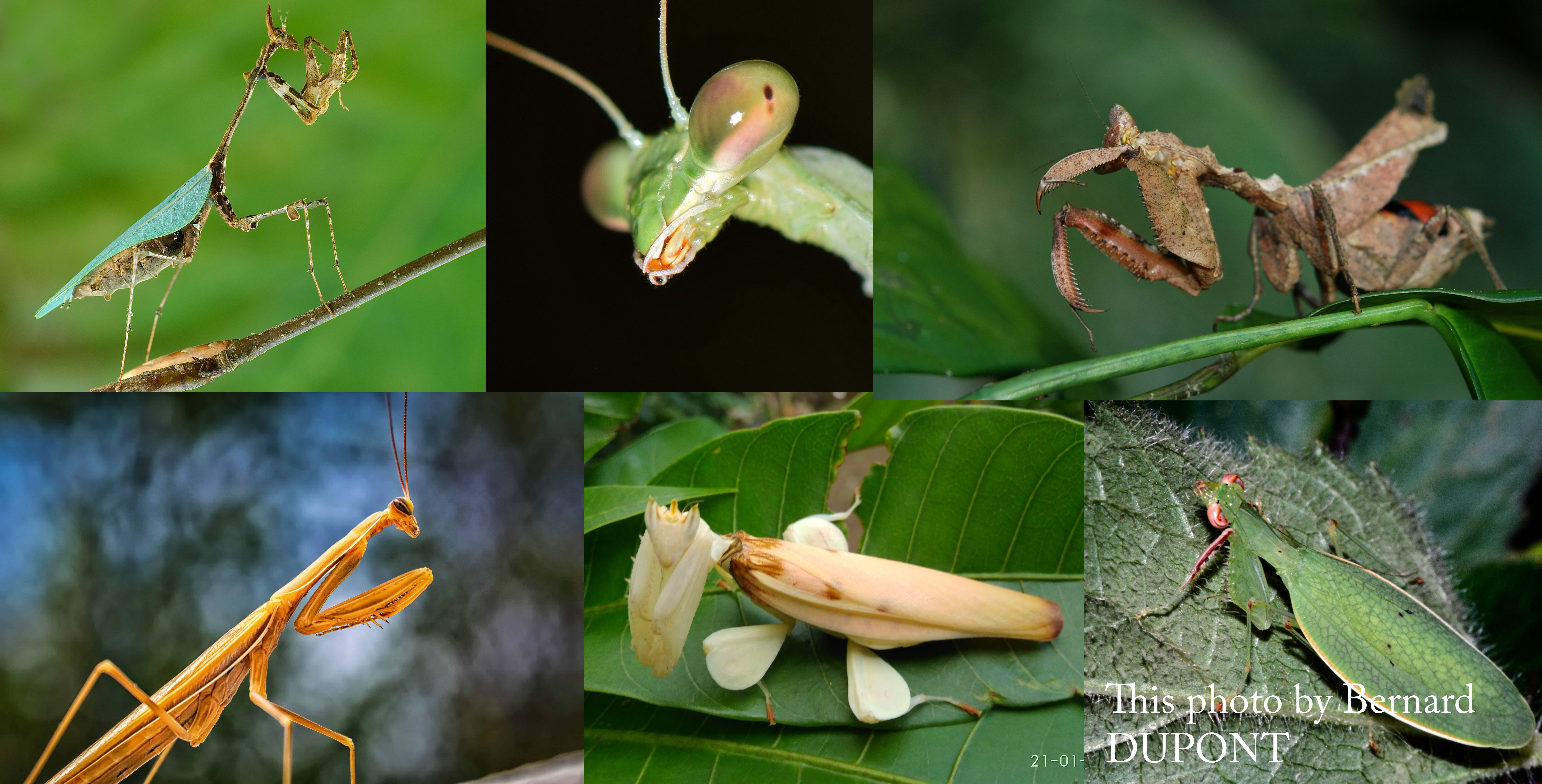 Here in Missouri,  Carolina mantis (Stagmomantis carolina) are the most common of the native species, and are usually seen in late summer or early fall.  They are typically grey, brown or tan in color and reach only about 2 ½ inches at full maturity. Females lay eggs in the fall and attach their eggs sacks to branches, where the sacks remain until the eggs hatch in the spring. 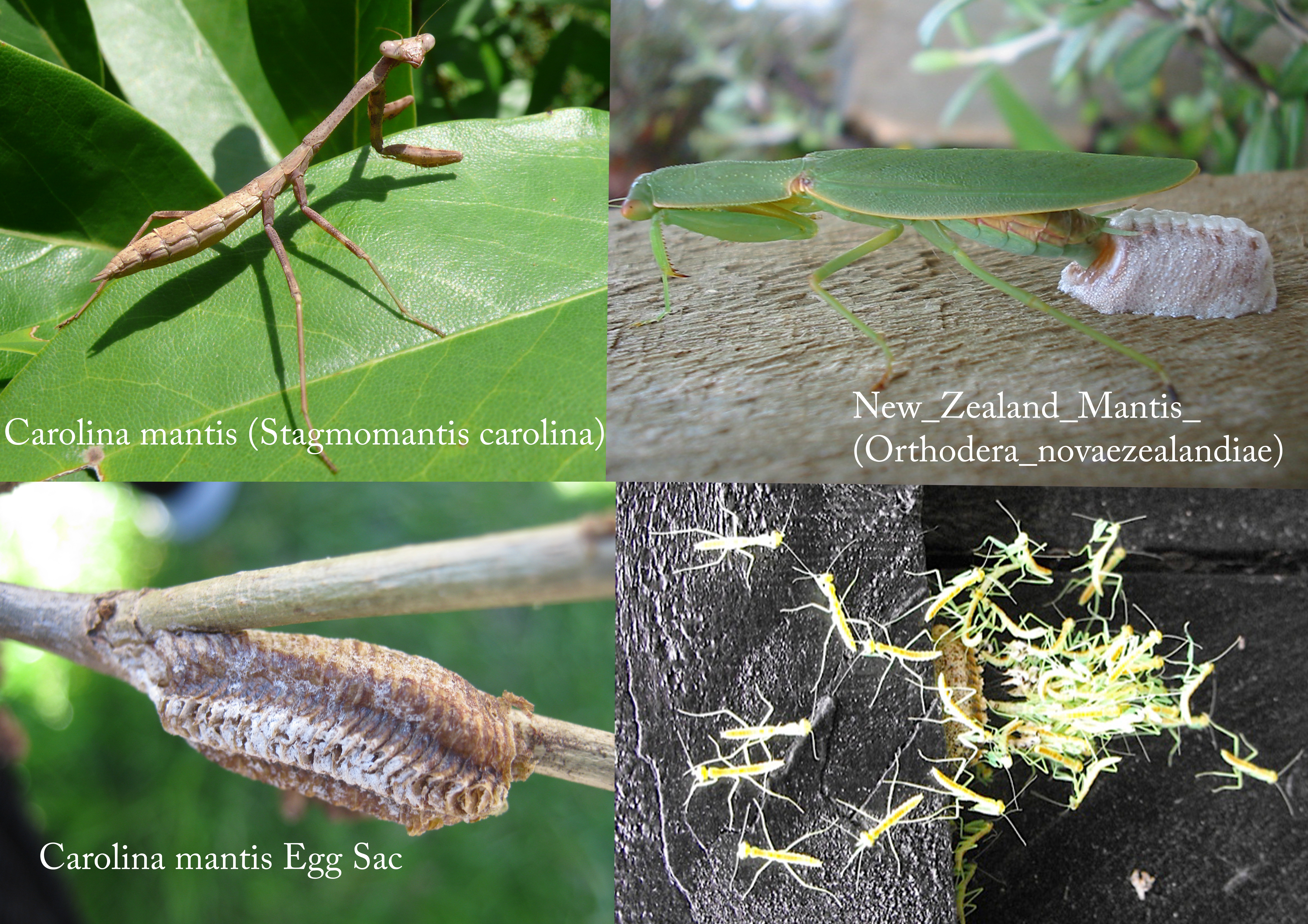 Voracious eaters, they do not discriminate between harmful or beneficial insects, but instead consume whatever they catch. Favorite foods though, are live flies, wasps, bees, bugs and caterpillars. They also eats butterflies and moths. 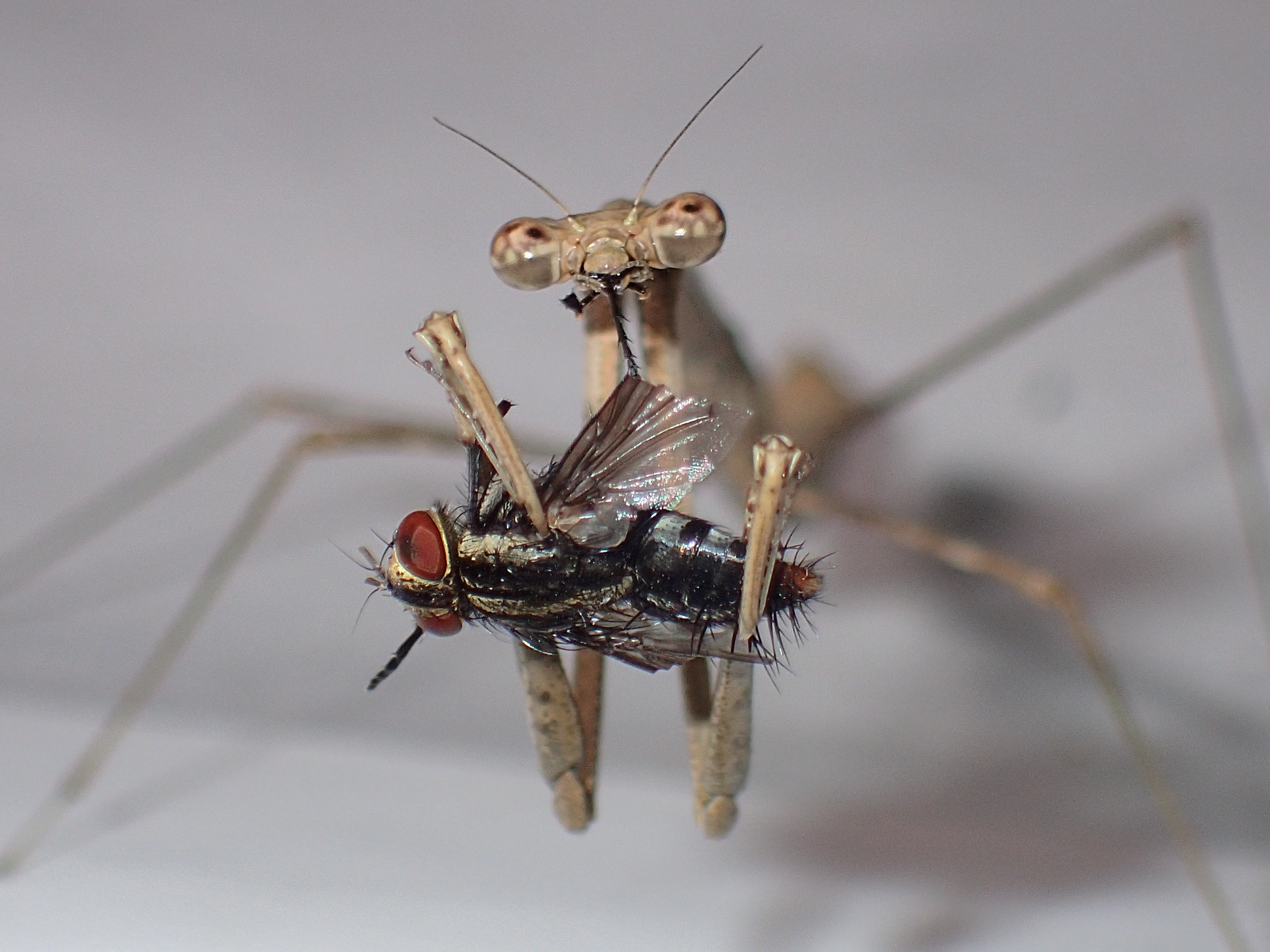 Because  mantis are cannibalistic and carnivorous, nectar and pollen-producing plantings are of little interest to them. Instead, they primarily frequent bushes, shrubs and plants with woody stems that are near the types of flowering plants which attract their prey. Although they are capable of flying, mantis spend much of their time being still and waiting for dinner to come within striking distance. When they do decide to attack, it is with lightning speed. 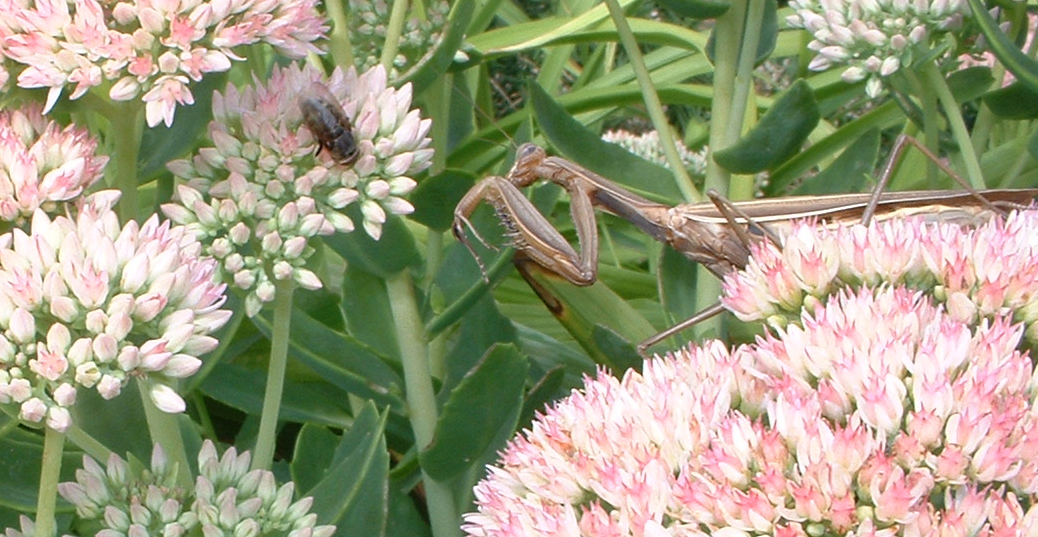