Rosemary is getting all dressed up for the holidays. 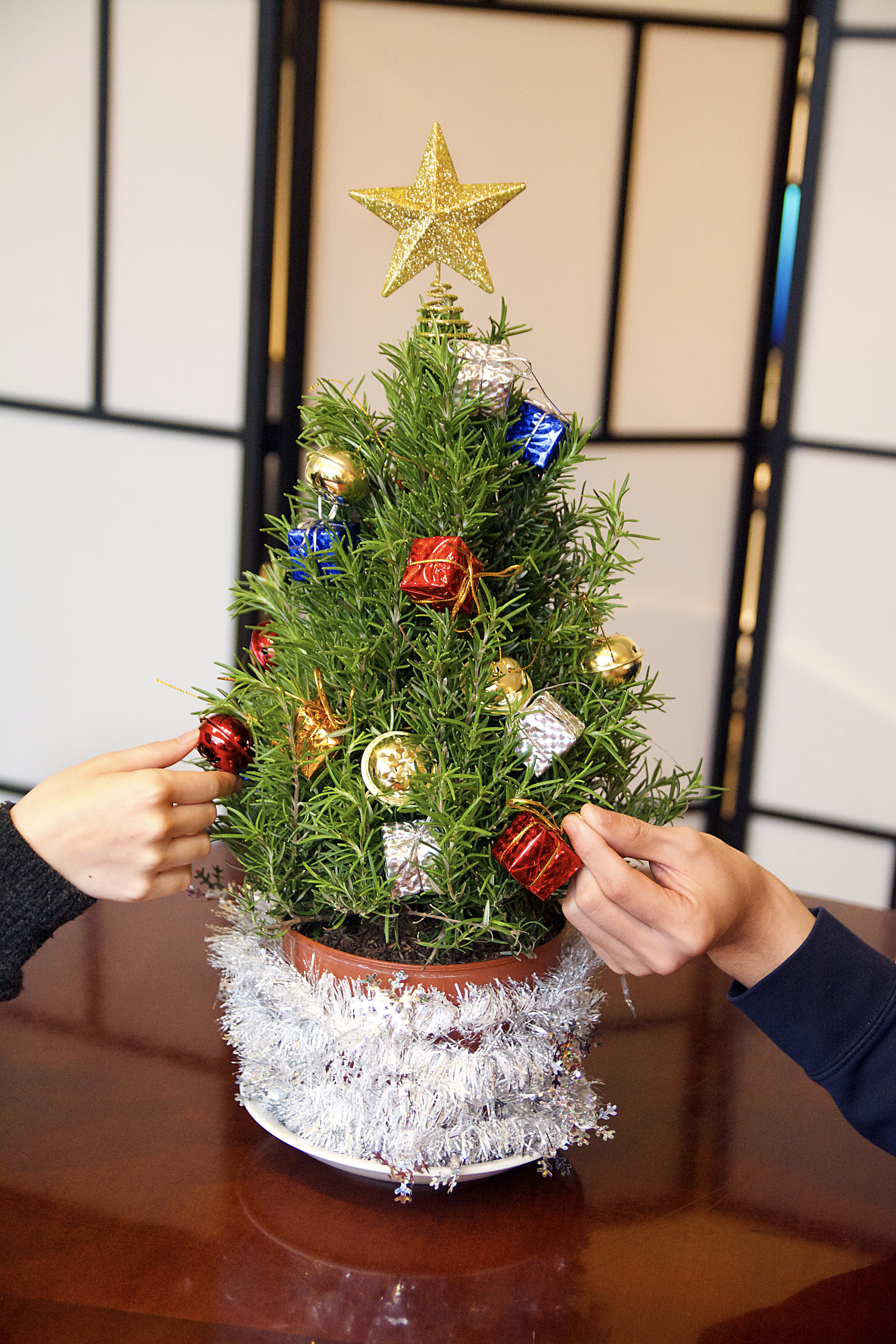 I have to admit that I was jolted into a second look when I strolled by what I thought was just a small potted Christmas tree and caught a whiff of a totally unexpected fragrance. It never occurred to me that the perfectly shaped tree I walked by could be my all time favorite herb, rosemary.

Rosemary has been part of Christmas traditions since ancient times. Legends say that rosemary spontaneously bloomed as the Baby Jesus was presented to the three Wise Men on Epiphany, and that the white blooms of rosemary turned to blue when, during their escape to Egypt, Mary placed her cloak on a rosemary hedge to dry. 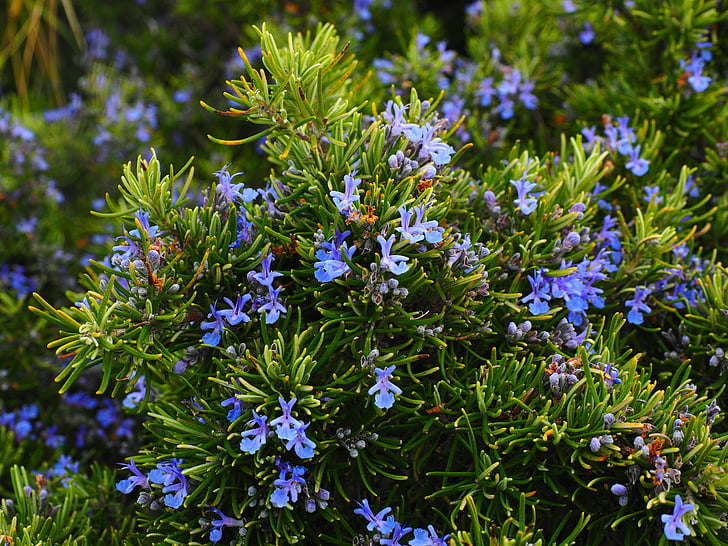 Priests in the MIddle Ages scattered rosemary branches on the floors of their churches so the scent, with its mystical powers, was released as parishioners came in to worship at the altar. The English, believing that rosemary signified both love and remembrance, used sprigs of it as part of their traditional Christmas decorations.

The tree topiaries sold during the holiday season began as upright, single-stem bushes much earlier in the year. They were planted in a lightweight potting mixture, nurtured with exactly the right amount of water and fertilizer in a temperature controlled greenhouse and systematically pruned to achieve their final pyramidal shape. Only when they reached perfection were they released into the hands of retailers for sale. And that’s where trouble might have begun. All of the rosemary trees I saw had been lovingly swaddled in red and gold foil paper, which looked beautiful but made judging water needs difficult. Before purchasing a rosemary tree, make sure that you check for excess water inside the foil wrap.  Rosemary tends to quickly die from root rot if it sits in water too long. At the other extreme, rosemary that has been dry for extended periods is also at risk. Don’t purchase plants with needles that seem shriveled or brittle.

Once home, keep your rosemary tree in a cool, brightly lit spot away from drafts. Like Norfolk Island Pines, rosemary does well by windows with a southern exposure. Water rosemary carefully; a ten-day schedule is often   about right. 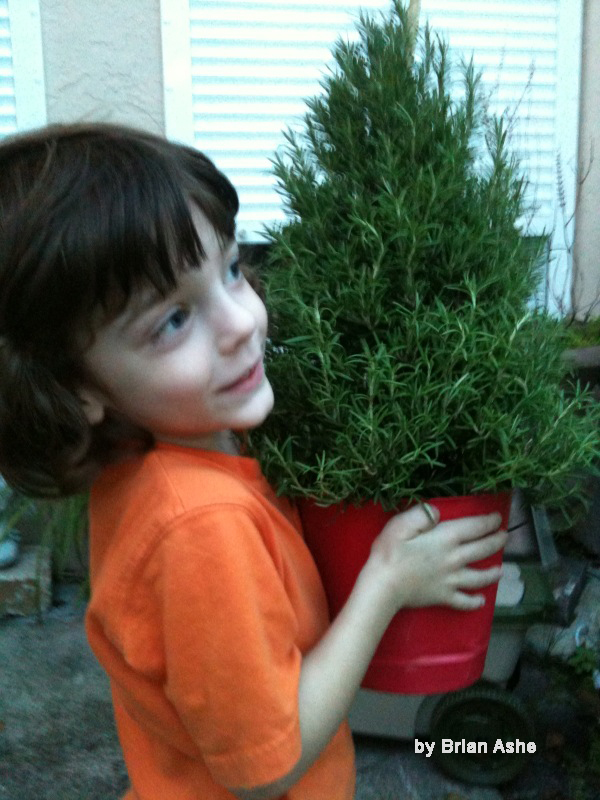 If you choose to keep your plant in its foil wrap, poke several holes   in the bottom to allow excess water to run through. Since most homes run dry   in the winter, it’s also a good idea to lightly mist your plant once a week. With   proper care all winter long, your rosemary Christmas tree can be the star of the   summer garden.

Join us on Monday to find out why Phalaenopsis Orchids are perfect for your holiday decorating.