My husband and I spend quite a few dinner times tossing around blog ideas. When I found out that we were scheduled to attend a soil conference, I couldn’t resist throwing out a few potential titles. I offered a few real gems like “Let’s Talk Dirty” and  “I’ve Got Dirt on You.”  By the third one he pulled his shoulders back and informed me that dirt was what I had under my fingernails but soil was what my beloved (his word, not mine!) garden needed to flourish.  At that point I figured out that soil was a pretty serious subject to him and I needed to contain myself. After attending the conference, I quickly figured out that he was right. There is literally a lot more to soil than meets the eye. 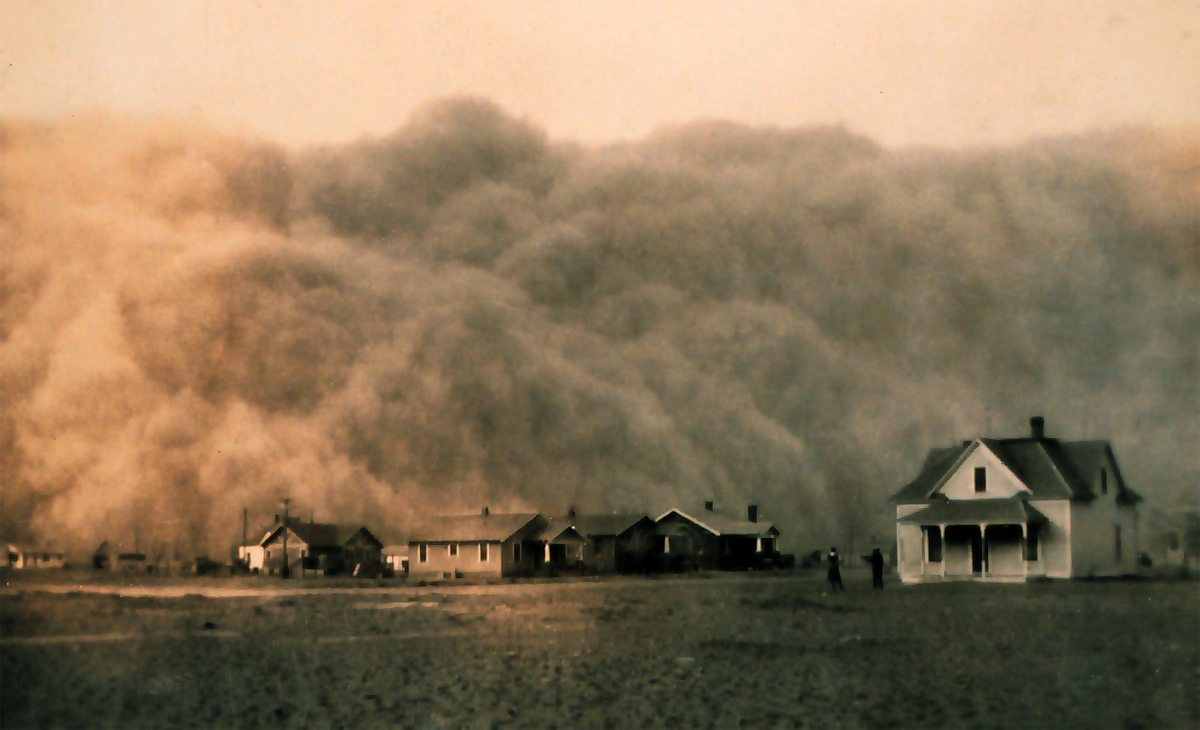 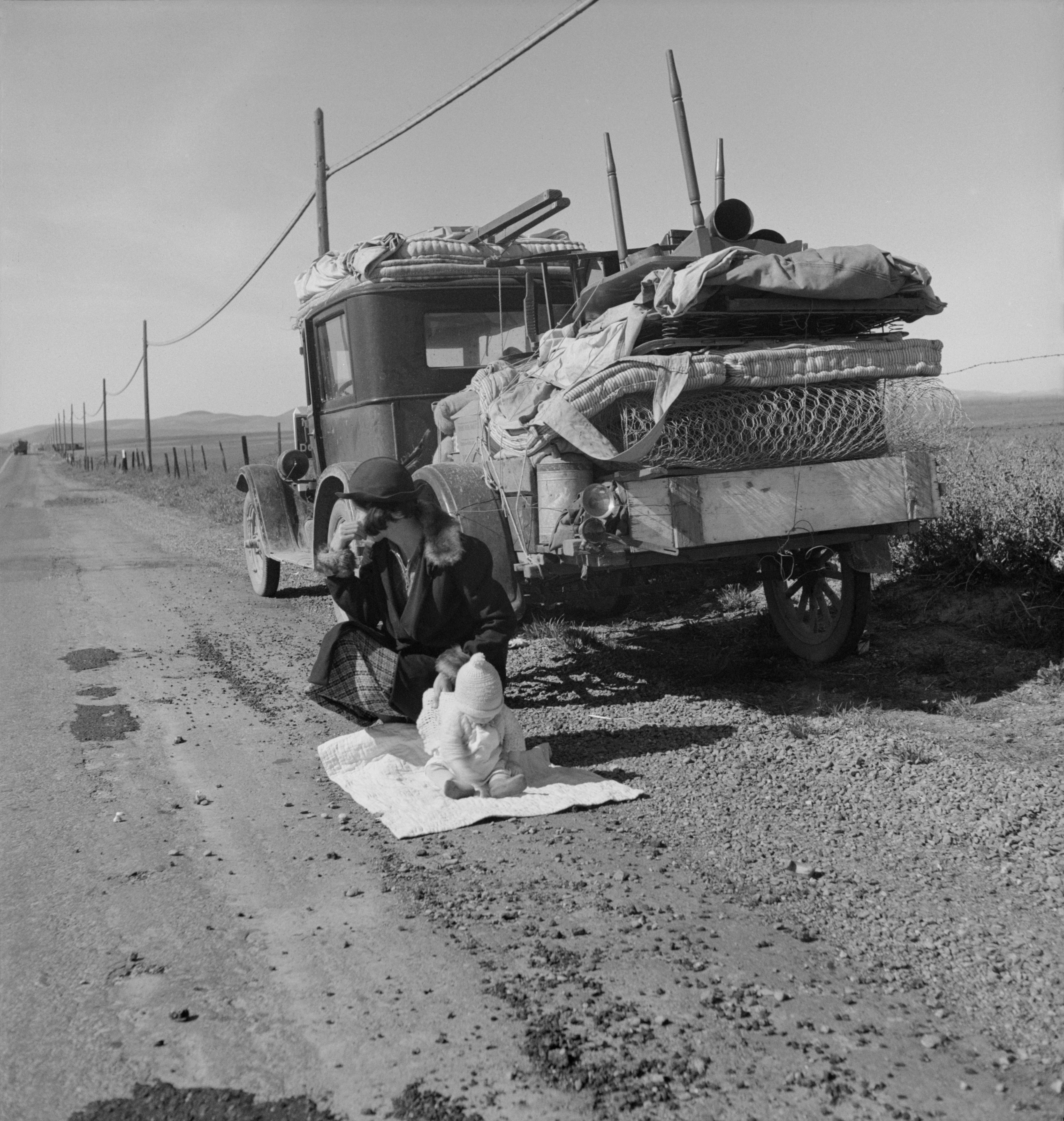 A Missouri family with a sick child and a broken truck stranded in California. Image by Dorthea Lange

One of the first statements that caught my attention at the soil conference was made by the keynote speaker, Dr. Andrew Neal. He declared that soil and its health are the foundations of our economic base and must be viewed through the lens of sustainability. Initially that comment seemed overblown and designed to draw in his audience, but the more I listened and thought about it, the more I saw its truth. He reminded us that the Dust Bowl, the very picture of unhealthy soil, had touched every American life in one way or another. Remembering relatives’ stories, I believe that to be true. 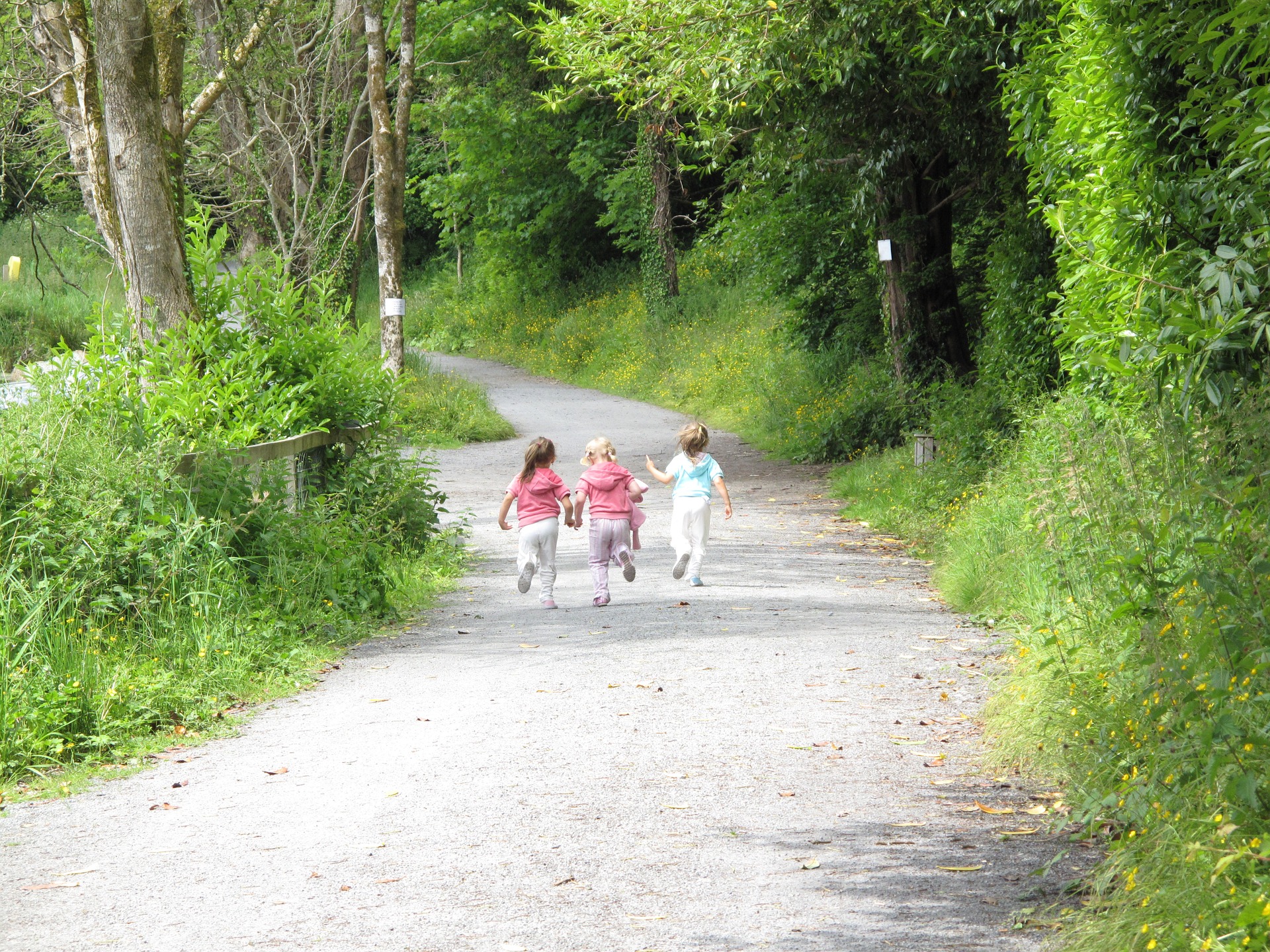 Protecting the environment for our children and grandchildren is of utmost importance.

In my reading since the conference, I have also learned that there are other critical  benefits that healthy soil ecosystems can provide. According the the Natural Resources Conservation Service of the United States Department of Agriculture, with healthy soil managed correctly, we can have  “clean air and water, bountiful crops and forests, productive grazing lands, diverse wildlife and beautiful landscapes.” In essence, if we take care of our soil properly, then we will have a world worth passing on to our children and grandchildren. That seems like an excellent goal to me. 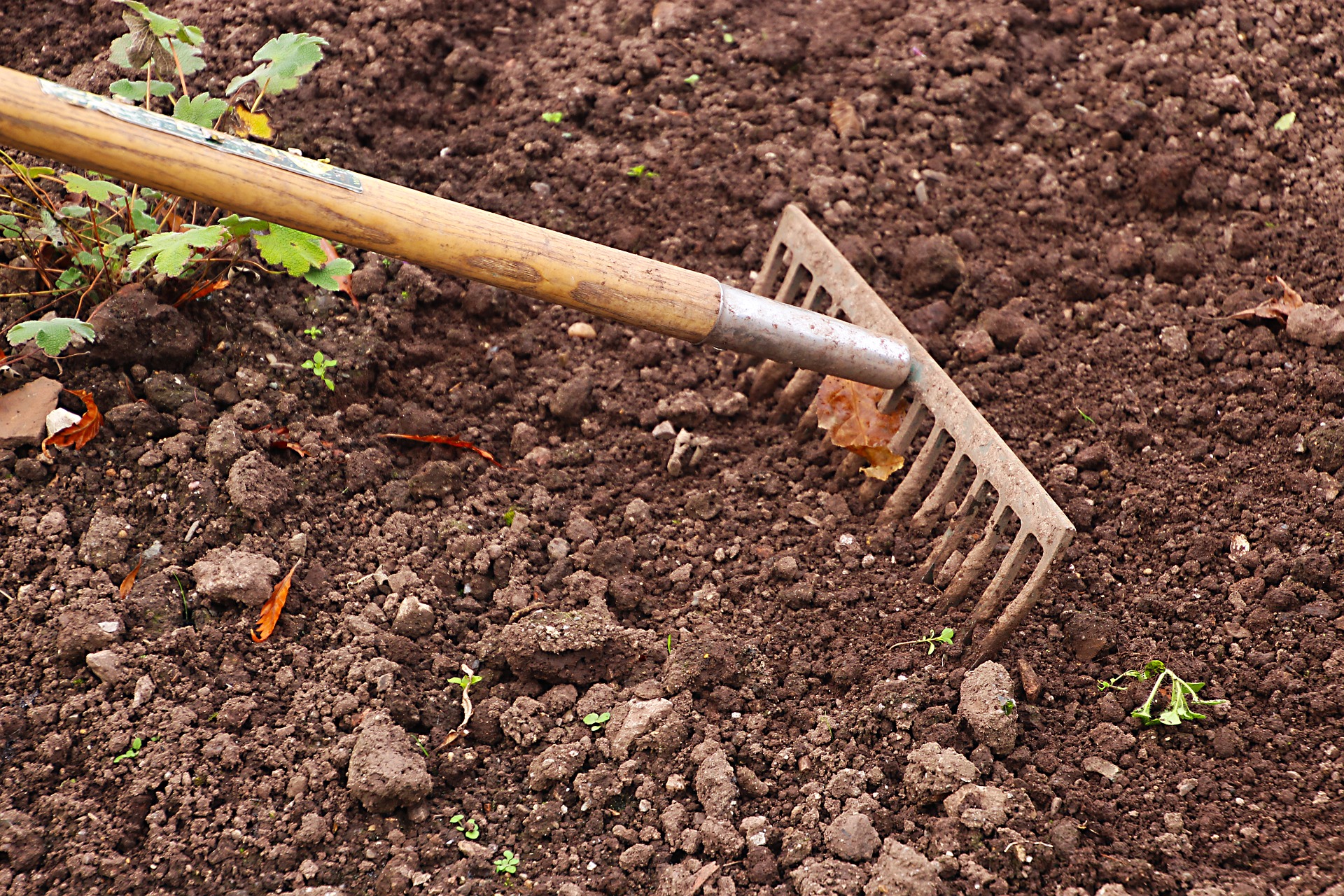 The appearance of soil can be deceptive.

I realized that in order to do my part and manage my soil correctly, I needed to understand some of the basics, such as how soil is formed and what its components are before I can develop a care plan that ensures sustainability . I’m sure somewhere in my years of schooling we were at least taught how soil is formed, but back then I never enjoyed science or math, so truth be told, I probably let it pass right through my brain. My years of gardening have taught me to look and feel “dirt” to know if it is good for planting, but I have never thought or cared about how it came to be or the details of what is in it. 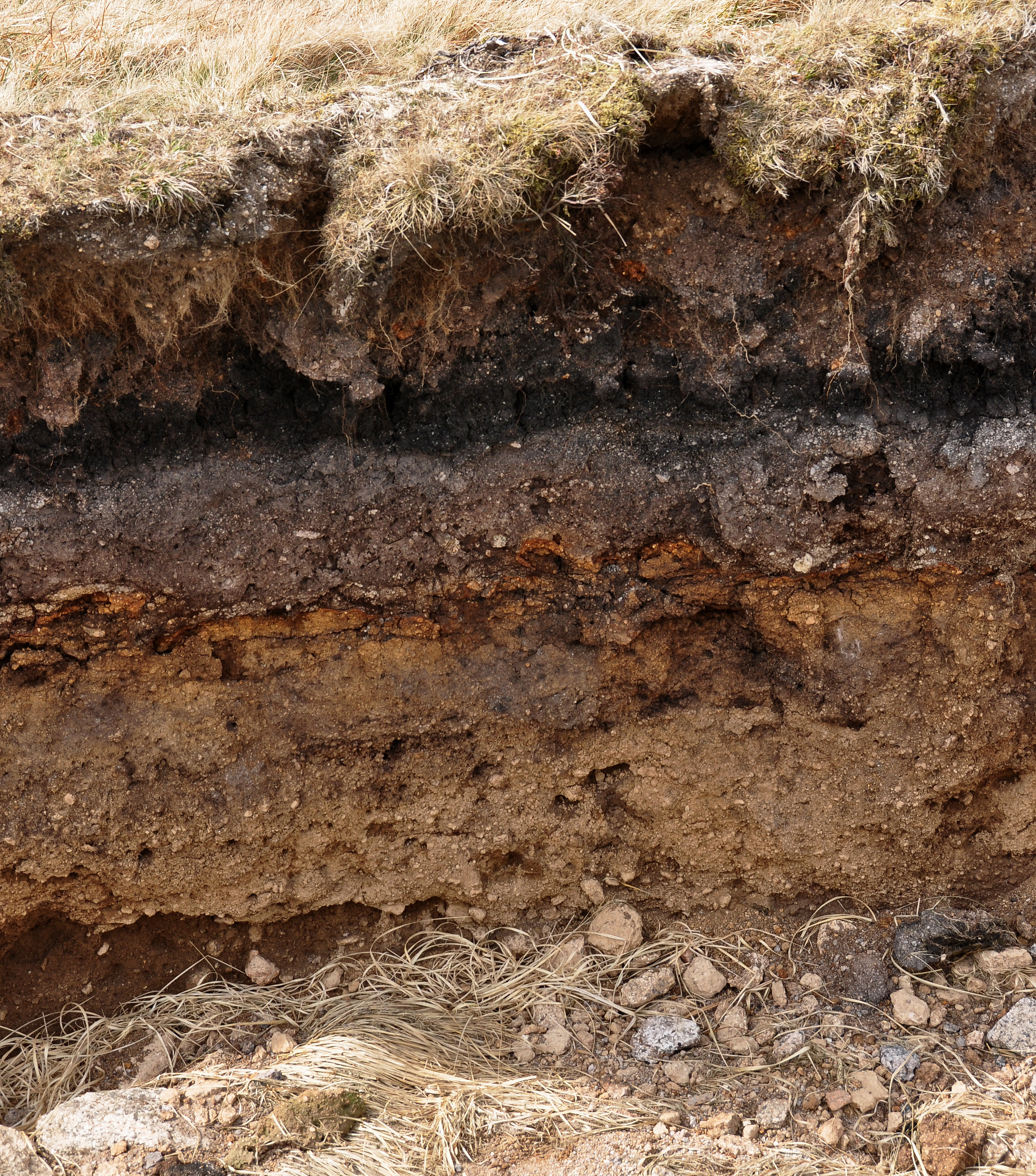 The layers of soil can give its biography.

According to the Soil Science Society of America, soil is made up of “unconsolidated solids,” which are minerals and organic matter, liquids and gases. It has layers, called horizons, and boundaries. The horizons give a profile or tell the history of the soil, and the boundaries show its location on the earth. The upper boundary is what exists between soil and the air and the lower is the hard rock below that has little to no biological activity. Soil can be present for just a few inches to 8 or more feet in depth. 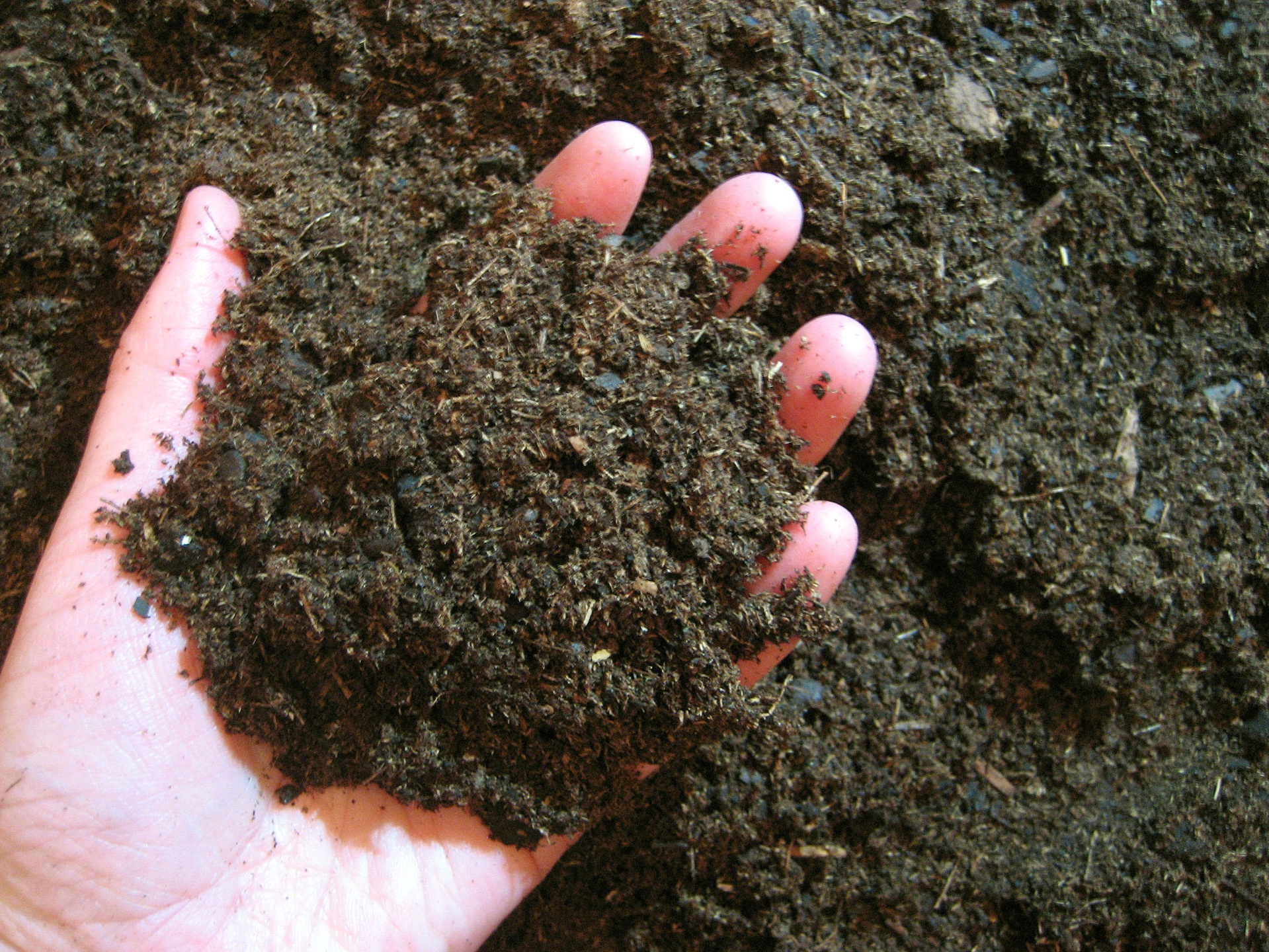 Soil is not an inert material, but a dynamic system.

Although it seems counterintuitive to me, the seemingly inert substance that originates from rock and that I can hold in my hand, is actually a dynamic, living entity. (In fact, over 90% of all of the world’s species, most too small to be seen by the naked eye, live underground in soil. As I said, there’s more than meets the eye!) Over time, the original parent material, which could have been bedrock or other smaller particles, is physically broken down by atmospheric conditions such as rain, wind and temperature extremes. The chemical makeup is changed as the mineral compounds in the rock dissolve in the rain or react to exposure to the air. Biological changes occur as living organisms find homes in the fragmenting rock. 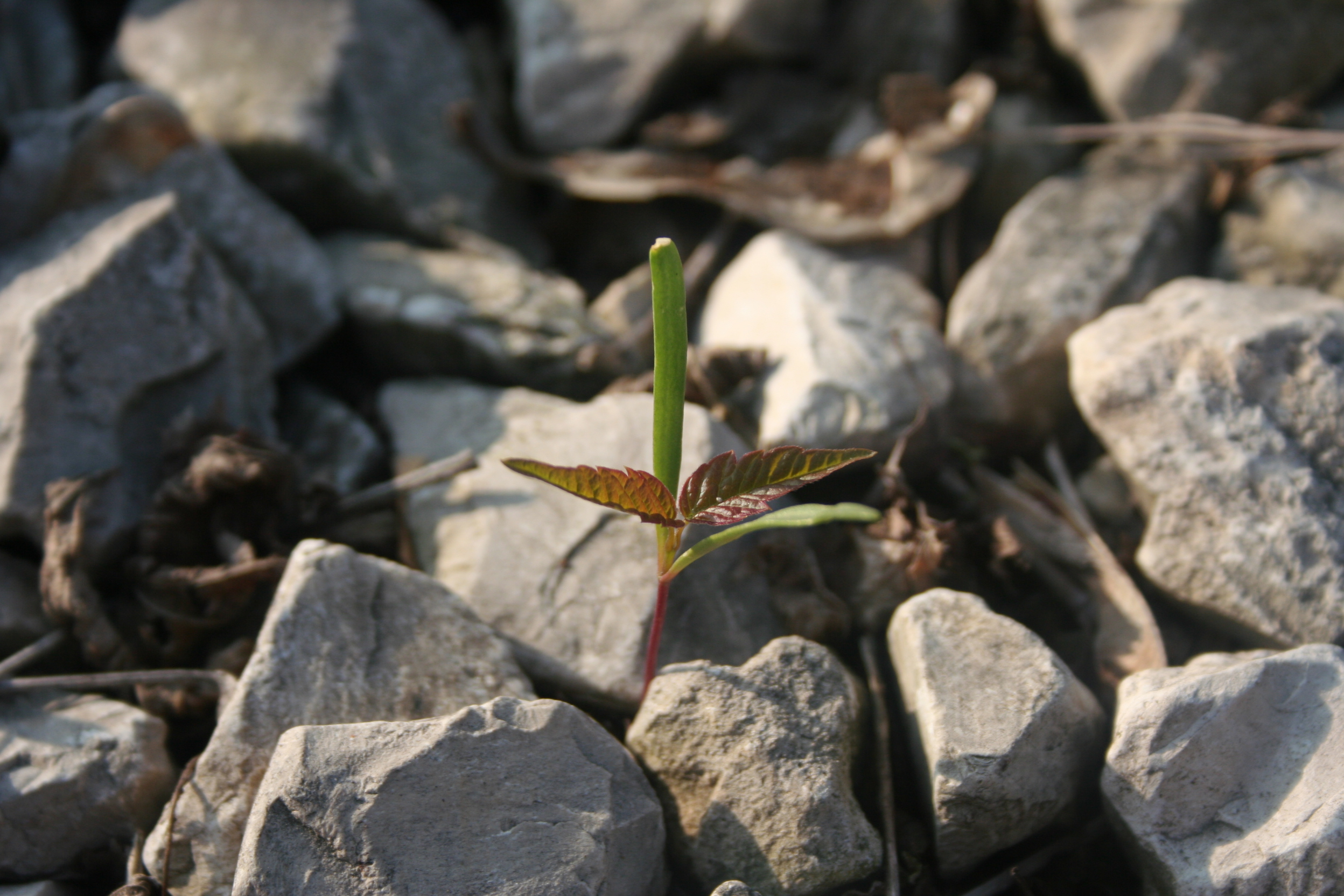 Over a period of time, plant material from seeds dropped by birds and other wildlife, begins to sprout and take root (literally) in the disintegrating rock. As the seeds germinate, plants emerge. The root systems, besides continuing to penetrate the fragmenting rock, also take up some of the chemicals that the disintegrating rocks are releasing. These chemicals act as nutrients for the plants. At the same time the plants shed leaves and stems which decompose and add organic matter and more nutrients to the developing soil. The addition of organic matter allows the evolving soil to hold more moisture which in turn encourages more plant growth. It takes a balance of all of these interrelated processes to create what we think of as soil. Amazing, isn’t it? All types of soils, whether from your landscaped yard or an untouched stretch of grassland, share a common characteristic. They all contain the same five key components of minerals, organic matter, water, air and microbes, but in varying amounts. The proportion of each helps to determine the overall health of the soil. 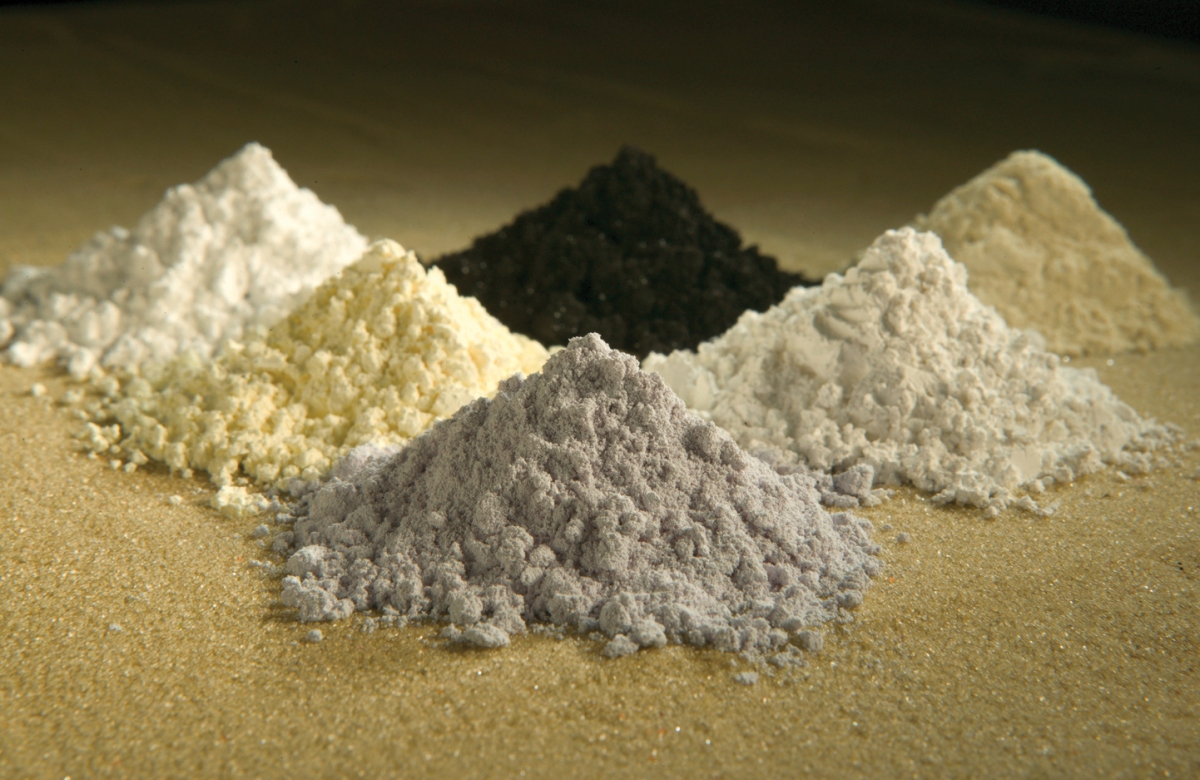 Minerals in the soil are necessary for plants to thrive. 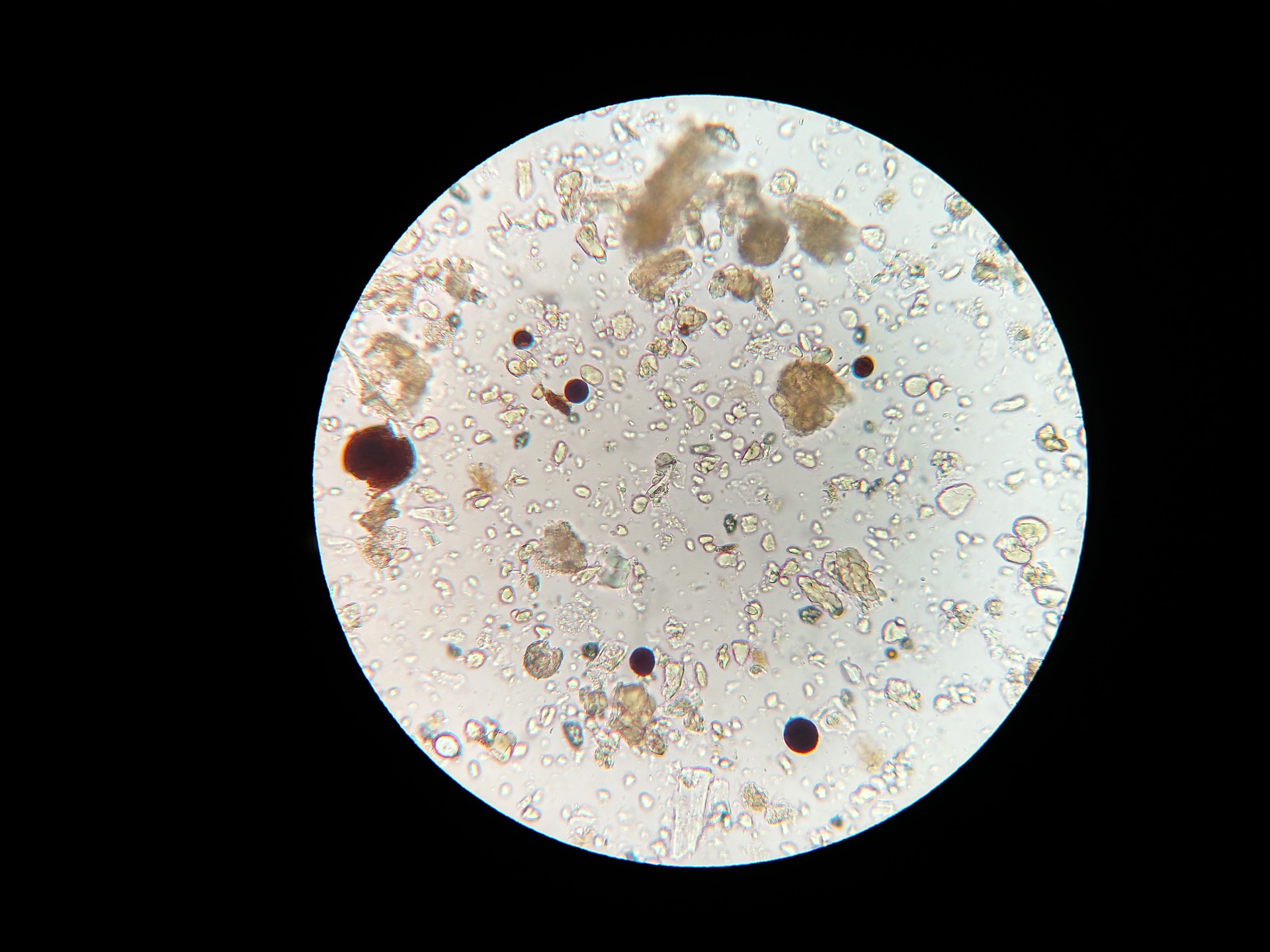 This microscopic view of a soil sample gives a sense of the extraordinary number of microbes in a small area. 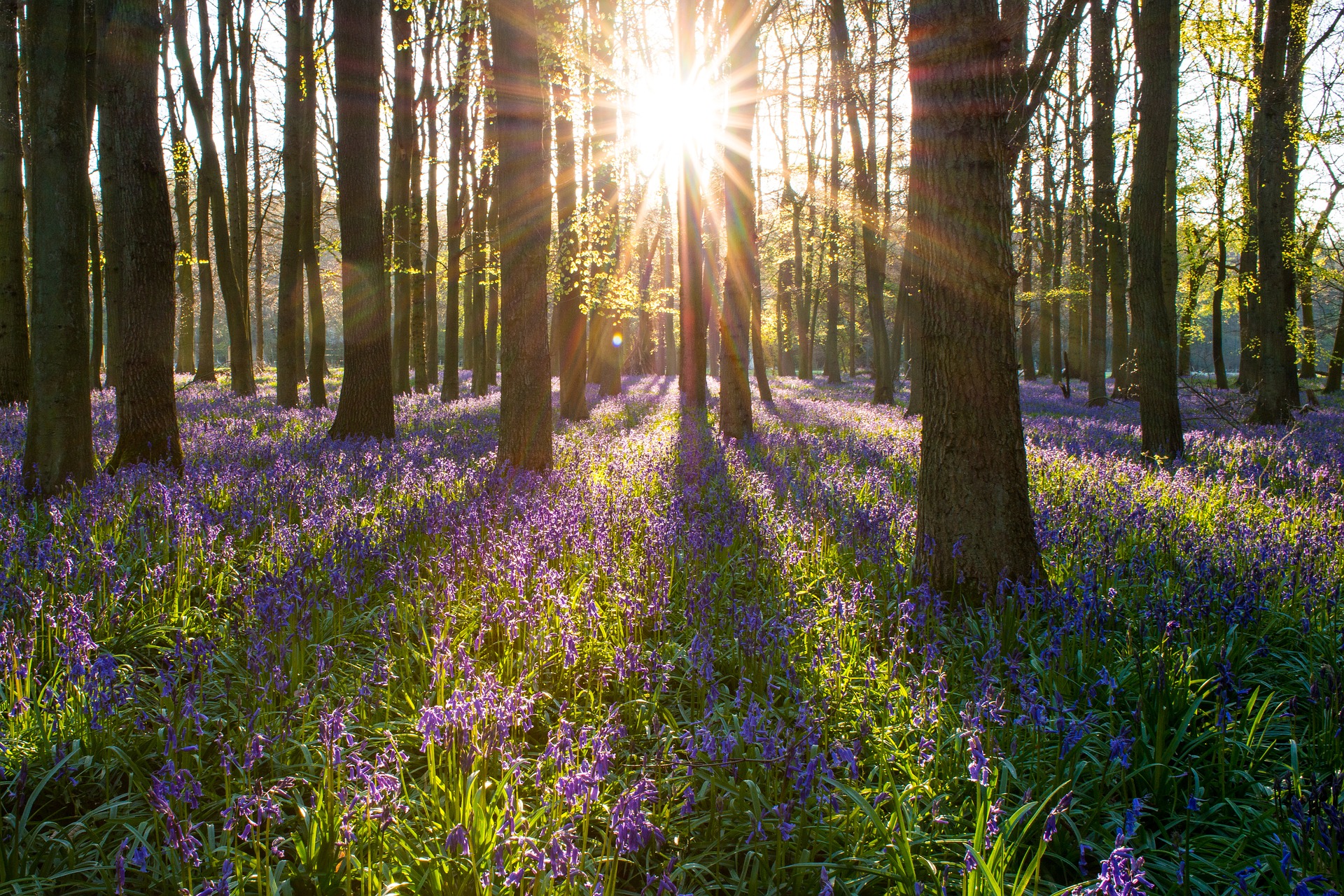 For over 40 years I have been actively involved with horticulture and yet until recently I did not completely understand how strong the connections are between healthy soil and a vibrant world. What I have learned about what I used to call my “dirt” has given me an entirely new and exciting perspective on how to properly care for my environment. I hope you will join me next time as I dig further into soil.